On Nokogiriyama, also known as “Saw-tooth” mountain, the scars of stone excavation for Tokyo’s Edo palaces create the foundation for an escape to nature filled with man-made secrets. This unknown and peaceful day get-away from metropolitan Tokyo is only a jump from one peninsula to another, in the neighboring prefecture of Chiba.

Getting to the base of Nokogiriyama can be done either by train or ferry. Hamakanaya is the closest train station to the mountain. However, the ferry runs once an hour and lands right at the base of the mountain. Your detour south to the port at Keikyu Kurihama is rewarded with a much cheaper (¥720) and quicker (40 minutes) journey on the refreshing sea instead of changing from one cramped and stuffy train to the next. The ferry has indoor and outdoor seating along with a small café and beer vending machines!

After arriving on Chiba’s Boso peninsula, a five minute walk brings you to another choice of route. Hikers may wish to explore the mountain from the bottom, climbing their way through the Nihon-ji temple to the summit. The path is entirely stone or pavement and, not counting the numerous steps, quite easy. The entrance to the temple is closest to Hota station, one stop away from the port.

Others may want to choose the cable car which will take you straight to the the top, leaving the wind through the temple paths for the climb down. A one way ticket costs ¥500 and the car runs almost every 10 minutes so don’t let a long line discourage you. It can also hold around 40 people, so if you are lucky enough to be in the front of the line, grab a spot by the window facing Nokogiriyama for the best view of the mountain’s unique snagged peak. The sight out of the back window will be best from the viewing platform on the mountain.

One of the main highlights of visiting Nokogiriyama is “Hells View.” This rock jetting out over the green mountain range below seems to defy the basic rules of gravity. From this point you can take in the countryside, town and coastline below, while feeling the rush of being literally over the edge. Wait in line for just a few moments for your friend to take the perfect photo op of you standing above the world, or at least Chiba.

The first of two impressive Buddhist carvings is a relief of the Buddhist goddess Kannon. Tucked away in a cool, clean cut chamber, she stands on the cliff side right below “Hells View”. Half of her body and head seem softer and almost flat against the wall but then she surprisingly advances with other parts of her body such as her hands and feet, making the viewer feel every glance is a different side of her.

Climbing down a steep set of rock stairs through the dense and cool forest brings you to the second stone image. This stone carved Buddha perched on his lotus flower easily rivals in size and presence the nearby and more famous Daibutsu of Kamakura. Though this is the largest stone-carved Buddha in Japan, the green found here in the surrounding grass (surprising to find and touch in Japan) and forest create an entirely natural surrounding for the religious structure. Also, unlike the more popular Buddhist sights, there are very few visitors and absolutely no background traffic noises to get in the way of appreciating the atmosphere. Besides some benches to rest on and a small temple stand where you can discover your fortune, it is just you, the trees and the looming stone Buddha. This atmospheric clearing on the side of the mountain makes it hard not to be at peace; the original intent of the impressive statue.

These larger attractions may be the reason Nokogiriyama finally gets your attention and makes you set aside a weekend day to test the rumors, but the most lingering aspect of the trip will be the smaller treasures on the mountain. The hike down winds past patches of bamboo disappearing into the tops of the dense aged trees they grow among. Temple buildings seem to appear from out of the mountain and small stone monuments grow dotted along the path. A small pond with stone bridges transformed with moss captures the peaceful balance between nature and humans represented on Nokogiriyama. 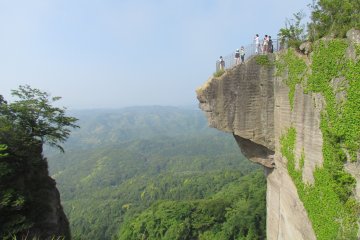 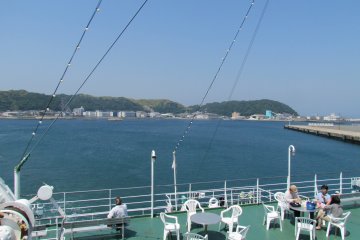 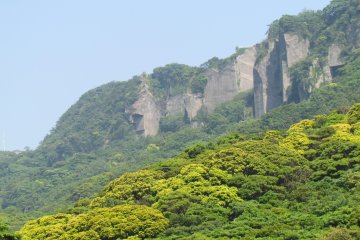 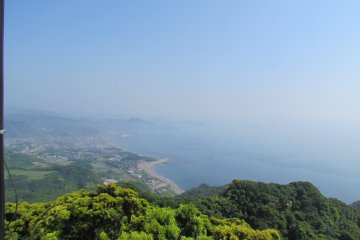 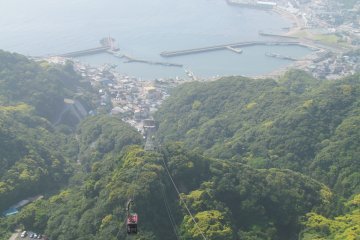 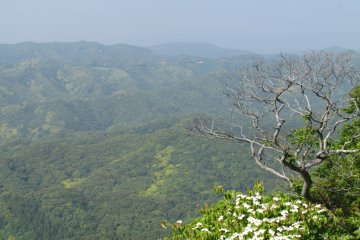 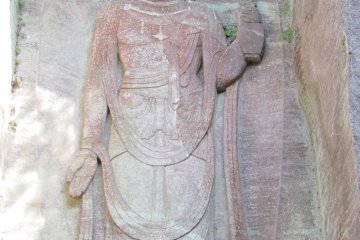 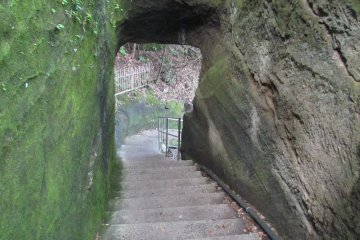 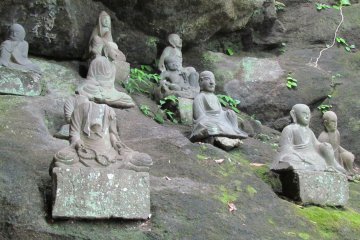 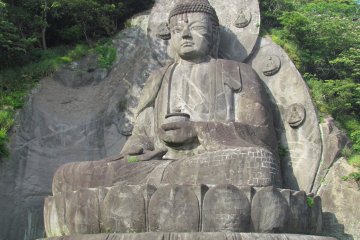 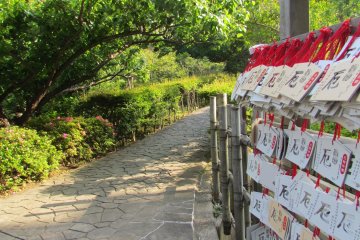 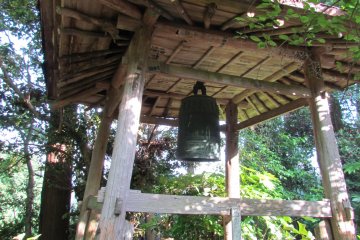 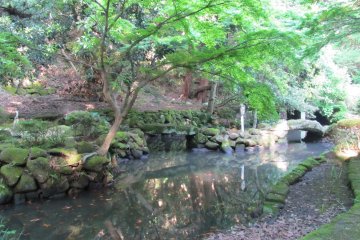 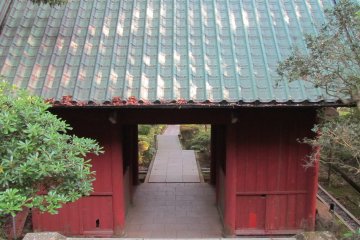 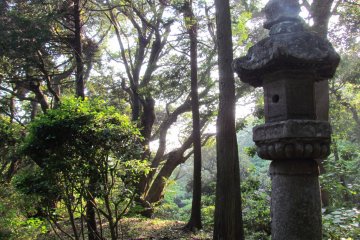 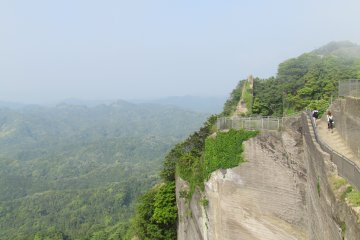