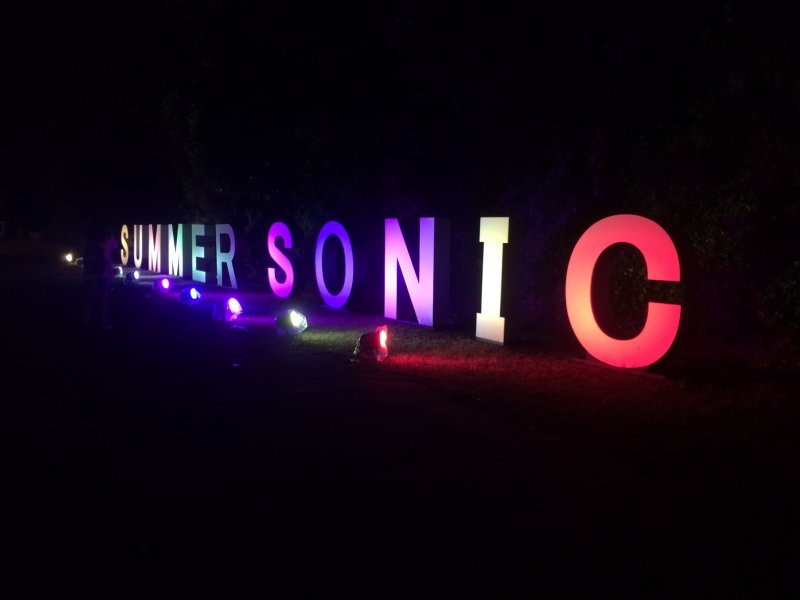 Rock Out at Summer Sonic Festival 2017

Watch the leading musical artists of the moment, live

Japan’s weekend summer rock festival is back, with a star-studded lineup guaranteed to keep you dancing all day long! Running from August 19 to 20 in Tokyo and Osaka, this year’s Summer Sonic Festival promises to exceed even your wildest expectations.

5 Acts We Can’t Wait to See

A household name if ever there were one, Calvin Harris has reached legendary status in the music industry and beyond. ”I Need Your Love,” “Feel So Close,” “How Deep Is Your Love,” “Summer,” “This What You Came For”—the list of his chart-topping EDM hits goes on and on. Just getting up close to the man himself is worth the price of admission.

“Lush Life,” with its plush dance pop beats, was a summertime staple, and Zara Larsson has only continued to drop incredibly catchy singles. With “Never Forget You,” “Ain’t My Fault,” “I Would Like,” and, most recently, “Symphony,” the 19-year-old Swedish pop sensation is riding along on her meteoric rise to fame.

You’d be crazy if you hadn’t heard of Kesha, but she’d probably laugh and buy you a drink; after all, she’s the writer and performer of “TiK ToK,” “Die Young,” and “Blah Blah Blah,” all odes to living life unrepentantly. With an on-stage persona as dynamic as her songs, Kesha is one of our favorite artists to watch.

G-Eazy’s smooth flow will be familiar to most because he’s the one spitting rhymes in the runaway hit “Me, Myself & I.” Expect more of his unapologetic lyrics in singles like “Calm Down,” “Good Life,” and “I Mean It.” Summer Sonic Festival continues to impress by bringing in the rappers and hip-hip artists of the day.

Where else but Summer Sonic Festival can you watch (and do the motions with) the creator of the Pen-Pineapple-Apple-Pen video? This is one of the acts that set Summer Sonic Festival apart from the rest: you won’t be able to find such a quintessential Japanese experience, one that’s amassed over 119 million views on YouTube, at a festival in any other country.

Founded in 2000, Summer Sonic Festival is Japan’s premier summer rock festival, held simultaneously in Tokyo and Osaka over a weekend in August. Groups that play in one city on Saturday hustle over to the other for Sunday’s performance, allowing festival-goers in Japan’s two largest metropolitan areas to view all of their favorites. From its inaugural roster of 30 acts, the festival has doubled in size, attracting local and international artists from virtually every musical genre.