Play It Loud at the Tokyo Game Show

Video game Mecca for the masses

As a video game otaku, one of the most exciting events on the calendar is the Tokyo Game Show, held annually at the Makuhari Messe Exhibition Hall in Chiba Prefecture. It’s here that many of the industry’s top developers get to show off their upcoming games, often months ahead of their release. What makes TGS special is that it’s almost exclusively geared up towards the Japanese consumer, which is not to say that western games don’t get a look in.

The journey from Tokyo is around 30 mins on the JR Keiyo Line, but expect trains to be crowded on the Show’s public days (the show is open only to industry and journalists the first two days). Once at Kaihin-Makuhari station, the venue is a short ten minute walk away. You’ll be given a welcome pack as you queue up, which will normally include a video game-themed fan (you’ll be using this a lot!).

The first thing you’ll notice when you enter the main exhibition hall is the wall of sound – it’s a cacophony of electronic noise, mixed with the excited chatter of people discussing their plan of attack. There are gigantic video screens everywhere, with many different stage presentations going on in different areas. One of the most entertaining I saw were a group of twenty Japanese Michael Jackson impersonators, dancing on stage to promote ‘Michael Jackson: The Experience’ for the Nintendo Wii. Individual exhibitors will have their own stands (often very creative installations) to create the right atmosphere for you to try out the latest games. Be prepared to queue for the most popular vendors (Capcom, Konami, Sony), although the Japanese public are exceptionally well mannered, and will not hog a game for longer than one turn.

A good idea, and one that you will see a lot of in Japan in general, is to bring your 3DS or Vita along to pass the time while you wait. You’ll see groups of attendees of all ages sat on the floor playing Monster Hunter or Pokémon together! Also worth mentioning is that it gets very warm inside, so be sure to dress appropriately, and bring at least one bottle of chilled water. Photography is permitted in some, but not all areas, so it’s best to ask before shooting. The ‘booth babes’ will generally be happy to have their picture taken!

When your eyes have had enough of the onslaught, there is a food hall serving refreshments. There’s none of the price-gouging you get at large UK venues here, just the same cost as anywhere else in the city, which is refreshment in itself! There are also smoking areas (or ‘shame booths’ as we came to call them) dotted around, for those who want to take advantage of them.

Another worthwhile diversion are the cosplayers (fans that dress up as video game characters) that congregate between the two main halls. They take their craft very seriously, and some of their creations are amazing (and all will happily pose for your shots).

I came away from my two days at Makuhari Messe feeling exhausted, but very happy. The show is exceptionally well organised, and the crowd’s politeness and manners will impress you as much as the show itself. 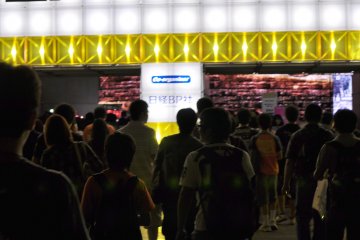 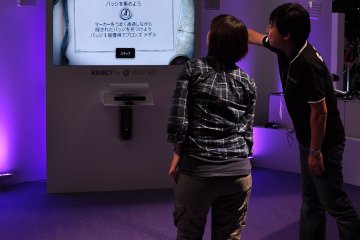 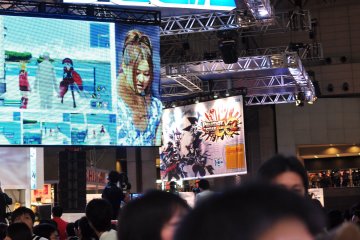 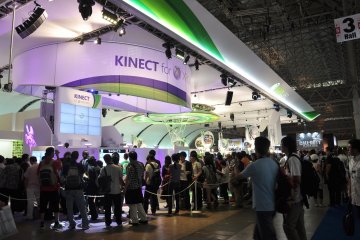 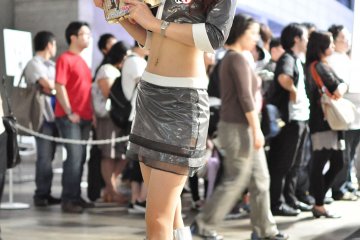 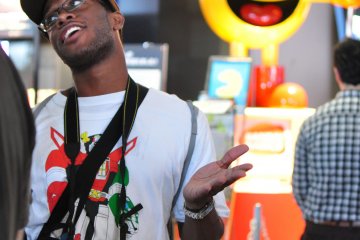 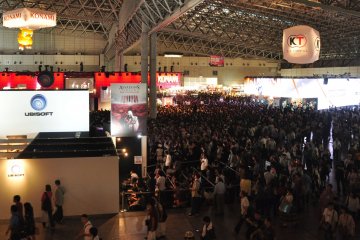 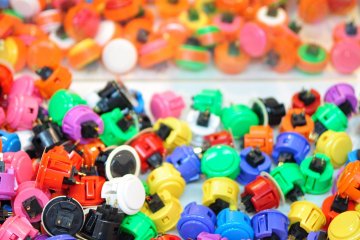 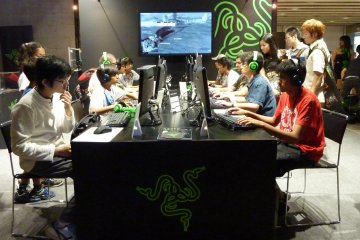 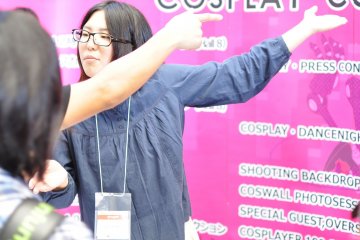 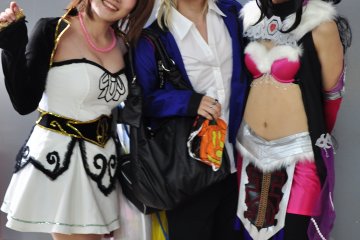