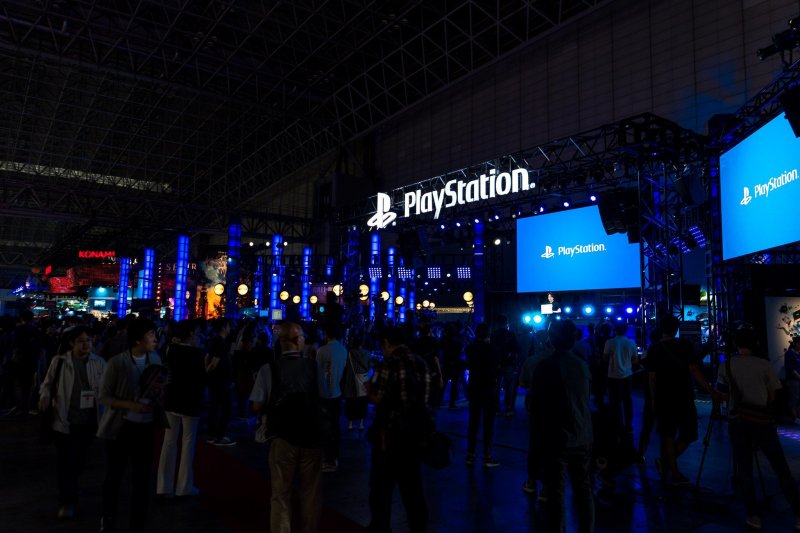 Japan is home to some of the biggest names in the gaming industry, so what better place is there to host one of the biggest and most important video game trade shows on earth? Welcome to the Tokyo Game Show! See what the gaming giants—Nintendo, Sony, Square Enix, Sega—have to offer; while you can also check out the indie developers, mobile game developers, and exciting VR games.

The 2020 Tokyo Game Show will be held online and not at Makuhari Messe, as in previous years. This new online streaming format is sure to enthrall fans and ensure everyone gets to see their favorite new games being announced and played. This page will be updated with more information as it is released.

Attendee numbers grow exponentially each year as the hype increases for upcoming games. The four-day annual event is held inside the massive Makuhari Messe convention center, located just outside of Tokyo. This show lets the public get their hands on new systems and games, which are still in production, as well as sneak peeks at new trailers and debuts. Maybe you’ll catch sight of some new Pokémon or Mario and friends. And if you don’t see them at Tokyo Game Show, you can always go to Akihabara’s Super Potato and Mandarake afterward to get your retro fix.

The first day is open only for members of the press and other business-related officials, while the last three days are open to the public. It’s these last three days where you can really appreciate the passion and dedication of the fans. As great as this sounds, be prepared to fight your way through dense crowds of gamers as you make way towards your favorite game. It’s best to be wearing your most comfortable shoes and breathable clothes because you could be queuing quite a bit—especially if you intend to play more popular games.

All the major game developers and publishers are usually present—and as of 2018, Nintendo has rejoined the fray. If you don’t fancy playing any games or joining the seemingly endless queues, you can just absorb the buzzing atmosphere by walking around the convention hall. Giant flashing screens and a mishmash of sound effects from the hundred-plus games will send you into sensory overload.

As chaotic as this all sounds have no fear: people are well-mannered and very patient. Aside from games, the other main attractions are the booth beauties and cosplayers who are constantly surrounded by professional photographers and fans alike. There is a dedicated area for people wearing costumes in the connecting hallway and it serves as a nice break from all the craziness on the show floor. This is the perfect opportunity to take snaps of your favorite video game characters and marvel at their expertly crafted costumes.

When you hear your stomach crying for fuel, stop by the food court to eat quick and easy food such as curry, yakisoba, fried chicken, and the like. If you are a gamer in any way, shape, or form, then you owe it to yourself to experience the Tokyo Game Show and immerse yourself into the gaming community.