Music is the language of us all

Since its founding in 2000, Summer Sonic has grown from strength to strength. The lineup for this year is huge, with bands such as Metallica and Muse gracing the stage of one of Japan's most renowned festivals.

I went for Summer Sonic in Tokyo in 2011 and witnessed the likes of The Strokes, Red Hot Chili Peppers and Suede on stage live. It was definitely an experience not to be missed!

The one in Tokyo is located at Chiba, around an hour and a half by train from Tokyo itself and with all honesty, it was a grueling trip. I was staying at Asakusa at that time and it took me a total of three hours to get to the festival and back. With a two day pass at hand, this equates to losing 6 hours on the road in the span of 48 hours, add to the fact that a one way trip will cost approximately 1400 Yen (USD$14), in total you will spend more than USD $56 on transport fees. But what I dreaded most then was the return journey back to Tokyo. This is because after standing and dancing for almost an entire day, I had to squeeze into the metro with thousands of revelers like me, equally tired and sweaty. Furthermore, the train ride was one and a half hour long, so you can imagine how tiring that must have felt.

Thus, what I would recommend is for future party goers to get their accommodation settled at Chiba itself. This way, you save on transportation, save on traveling time, get back home earlier, recharge and get ready for another day of festivities.

With that said, Summer Sonic itself was interesting. Traditionally, music festivals are held at big open fields, just think of Glastonbury and Coachella. However, Summer Sonic is held in both a baseball stadium (QVC Marine Stadium) and a convention center (Makuhari Messe), thus, no greenery, no trees but just concrete.

Similarly, there is a huge contrast between the crowds in Western Music Festivals and that of Japan. I´ve been to Glastonbury before and the crowds there were jolly, loud and jovial. However, in Japan, revelers were less raucous but more fanatic in the sense that they are idol crazy. For instance, when X Japan was performing, a sea of X´s rose up among the crowds; they did this by crisscrossing their arms atop their heads and there was this one particular lady who never let her hands down throughout the 90 minute gig. To me, that was impressive and she wasn´t alone. If it was Glastonbury, Coachella or any other music festivals, they will be busy drinking instead. Nonetheless, Japanese crowds are indeed polite and friendly. When Red Hot Chilli Peppers (the last act for the day) was done with their performance, a queue started forming towards the exit. You just don’t see this happening elsewhere!

The festival itself was great. Routes were carefully planned and honestly, you can never get lost. The staffs around were kind and helpful, even if some of them aren´t proficient in English, they will do their best to help you out. Food and drinks were aplenty and food stalls can be found along the festival grounds. It takes no more than 5 minutes to get a hotdog into your tummy. If merchandise are your thing, do go early! They get snapped up pretty fast, especially the T-shirts with the best prints. I went late and had to settle for a regular T-Shirt that says Summer Sonic at the front.

In all, it was a good experience. I had fun watching some of my favorite bands play live and at the same time, found it interesting to note the difference between the crowds in Glastonbury and Summer Sonic. So if you are coming down to Tokyo or Osaka this August, don’t forget to check the lineup for Summer Sonic. If you are in Hiroshima, make a bee line for Setstock. If any of your favorite bands are playing, don’t hesitate and come experience one of the biggest Japanese music festival for yourself. 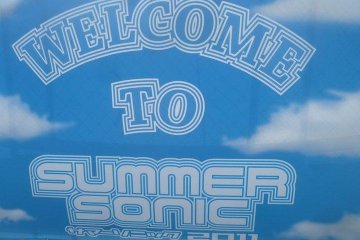 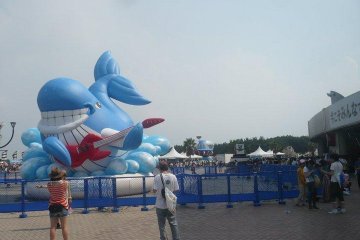 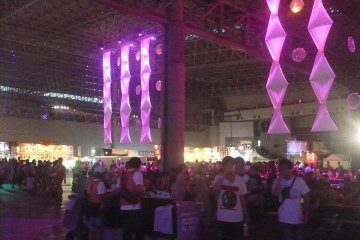 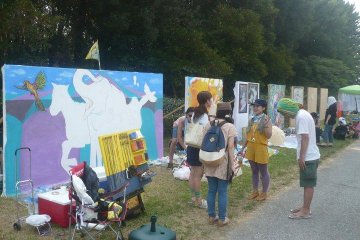 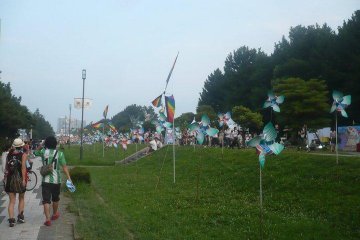 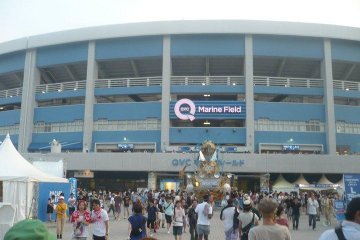 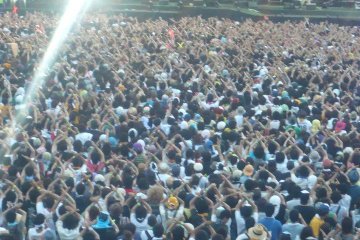 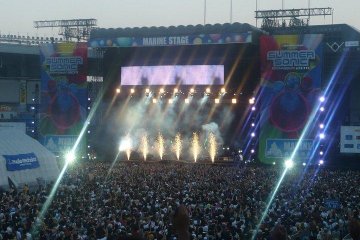 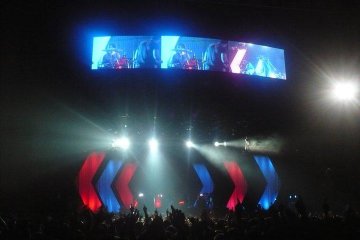