A shrine dedicated to the war dead and kamikaze

At the end of the road in front of Ehime University is a large stone torii gate that leads to Gokokujinja or Gokoku Shrine. Most prefectures in Japan have a Gokoku Shrine, which is a Shinto shrine dedicated to people from that prefecture who died in war. Consequently they’re filled with memorials to the dead, and the most conspicuous of these relate to the Second World War.

These interesting things include a bent propeller from a Zero fighter, a statue of a Kamikaze pilot, a stone sentry box, and a number of memorials to different groups. In 1968, a fisherman from Uwajima in southern Ehime hauled up the propeller in a fishing net in the part of the Inland Sea called Uwakai, and he donated it to the Japan Ground Self Defense Force Matsuyama Base. It was moved to Gokoku Shrine in 2001. The propeller is a variable-pitch type, which is one feature that made the Zero the most advanced aircraft at the start of the war.

The statue of the Kamikaze pilot is officially called the Special Attack Corps Monument and the plaque on the pedestal reads, “Aa tokkou” (Ah, Special Attacks) and “We will never forget you”. It honors 74 young men from Ehime who gave their lives in suicide attacks in WWII.

Behind the shrine are many more memorials. The one with the bird on top is dedicated to the Navy air cadets. To give you the flavor of the memorial, here is an excerpt from the inscription.

“With the eruption of the China Incident in 1937, airmen from the Yokaren enjoyed the honor of the first campaign by taking part in the triumphant overseas bombing. They became well known and successful with their actions. During the Pacific War, they took part in the beginning of hostilities at Hawaii and off Malaya as sea eagles known throughout the world. As the core of the Naval Air Corps, they were taught to have a noble spirit so that they engaged in intense air warfare, built up the Yokaren spirit following naval tradition, and sacrificed their lives.” (Quoted from Kamikaze Images)

Gokoku Shrine is not all about war however. As an attractive large shrine located in a convenient place, it’s visited by families all year round seeking blessings for newborns and children at various ages. If you visit at a weekend, you can be fairly sure of seeing one of these family ceremonies in progress. It’s also a popular place to visit at New Year to pray for a good year and to purchase one of the omikuji fortune telling papers.

Rising up immediately behind Gokoku Shrine is the peak of Miyukiji-san. This mountain is easy to climb and offers spectacular views over Matsuyama. 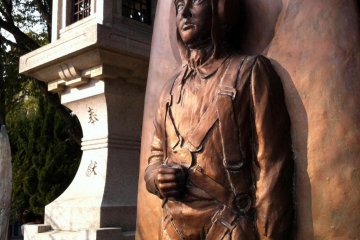 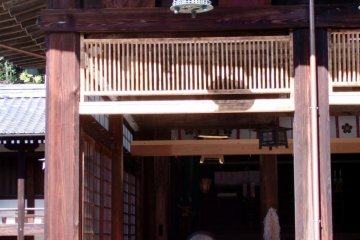 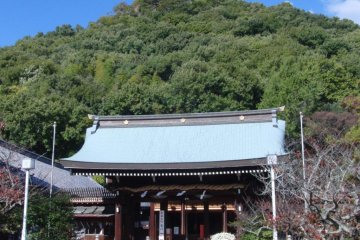 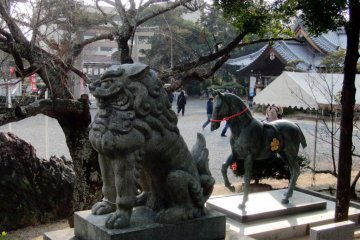 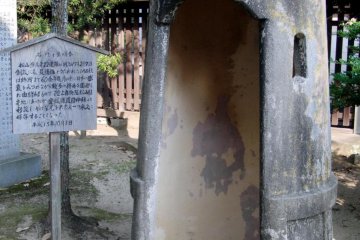 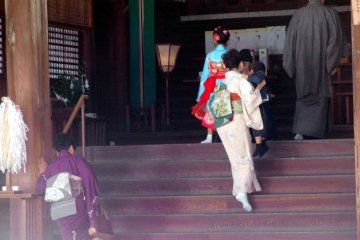 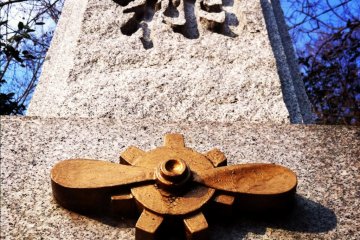 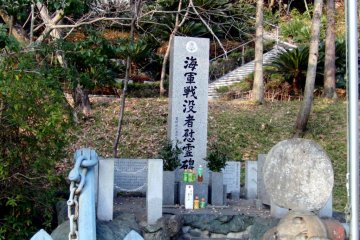