A little shrine to the haiku master Shiki

Masaoka Shiki is a Matsuyama hero, revered as the genius behind the revival of haiku and the establishment of its modern form. He lived a short but active life between 1867 and 1902, dying at the age of 35. As a teenager, he helped to popularize baseball in Japan and for this he was recently inducted into the Japanese Baseball Hall of Fame. He also served as a journalist in China covering the aftermath of the First Sino-Japanese war.

As one of the four haiku masters of Japan and the most recent, it’s not surprising that Matsuyama takes pride in its poetic son, and seeks to memorialize his very short sojourn here. The Matsuyama Municipal Shiki Memorial Museum is a huge edifice in Dogo, with lights and glass cases. In comparison, this shrine to Shiki is a fraction of the size and could easily be overlooked. But the Shikido is perhaps a more fitting tribute, because it captures the small scale at which the man himself lived, even if his impact and activity was great. As one of the characters who appears in the novel Saka no Ue no Kumo, the Shikido is one of the stops on the walking trail that places the novel in its context.

The Shikido is a tiny one-storey building tucked in amongst the old district that still survives to the east of Takashimaya Department Store. It's a reconstruction of the house where Shiki lived until he was 17. It stands on one side of a large graveled square with a temple, and sundry other buildings of postwar vintage. As you approach the Shikido, a disembodied voice from a pillar directs you to the little booth across the square next to the drinks vending machines to buy your 50-yen ticket. In front of the Shikido is a peculiar little display of a Botchan Train carriage and a bust of the author Natsume Soseki, looking rather dapper.

Inside, the Shikido is very fusty and dusty, with glass cases of faded artifacts lining the walls. In fact, it looks like a waste of 50 yen. But on closer inspection, the exhibits prove quite interesting (you may enter with your shoes on, fortunately). There are black and white and sepia photos of Shiki and his companions, original manuscripts with corrections, excellent drawings of people, buildings and vegetables, and even a death mask. One room is a reconstruction of the room where Shiki worked, with a number of his personal belongings.

In his latter days when he was incapacitated by illness, Shiki spent a lot of time sitting or lying down, and that’s how he appears in many photos. The furniture of the Shikido, consisting of nothing but floor space and thin cushions, is strongly suggestive of Shiki’s supine later life. I visited the Shikido on a muggy afternoon in early autumn, when all the doors and windows were open, letting in a good few mosquitoes, some of which bit me. Indeed, Shiki wrote a haiku that goes “Bitten by mosquitoes, I have written a draft analyzing political parties”. It must have been this very same closeness to nature, for better or worse, that informed Shiki’s poetry and made them seem familiar to so many people.

Next to the Shikido is an interesting graveyard with a fine memorial to Shiki.

It would be hard to say that the Shikido is a must-see spot, but if you happen to be in the area, it’s certainly worth a visit. And if you are interested in haiku, it will give you a lasting insight into the life of one of its recent masters. 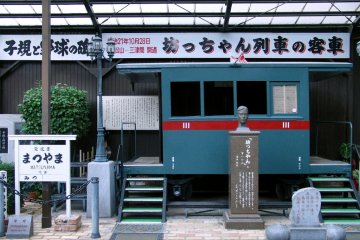 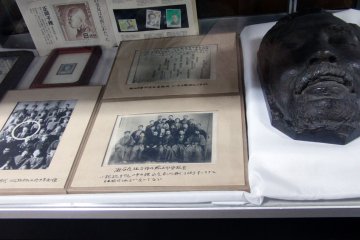 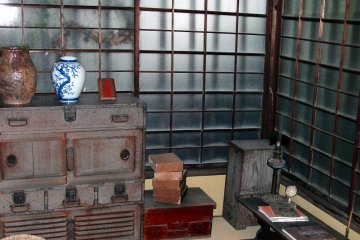