Temple No. 44 on the Shikoku 88 temple pilgrimage

Taiho-ji, the Temple of Great Treasure, stands in a forest of ancient sugi and hinoki cypress trees in the area known as Kuma Highland in central Ehime. Kuma is the name of a woman who is said to have lived all alone in this once poor area. When the priest Kobo Daishi passed through, she begged him to provide her with company, so he miraculously produced a river. Crops could then be grown, and farmers appeared, bringing Kuma the companionship she craved. The town that they established is named after her.

The temple itself is invisible at first, being completely hidden by towering trees. Kuma Highland is often cloaked in mist, and the trees are mossy and damp. As you make your way up a gentle hill with a river running beside it, you may spot a temple building lurking among the trees. This is the first hint that Taiho-ji might be a rather awesome place. When you round the first dogleg, you discover that this is the entrance gateway. It’s adorned with a massive pair of pilgrim’s straw sandals.

After a further steep and rather muddy walk, you come to a terrace with a bell tower and basin for purification. At the top of a steep flight of steps is the main area of the temple, perched on another terrace against the mountainside. The Main Hall or Hondo looks magnificent from the steps, less so perhaps when you approach it. Every temple on Shikoku’s pilgrimage route has a building called the Daishi-do to venerate Kobo Daishi, the founder of the pilgrimage. The one at Taiho-ji is a long, squat building on low concrete stilts. There are various fine statues within the temple precincts including some cute little Buddhas, the goddess Kannon, and Kobo Daishi, who always appears slightly sinister to me.

The main impression of any visitor to Taiho-ji is likely to be the awe-inspiring presence of Nature, both ancient and young. Everything is dripping with moisture and the brilliant green of new ferns and moss stands out against the dark background of the older foliage. Some of the trees here are at least a thousand years old. There are also flowering plants that attract big fat bumblebees who buzz loudly.

Back down at the bottom near the car park, you might enjoy the two shops selling Buddhist trinkets and souvenirs made from the high quality charcoal produced in Ehime.

Taiho-ji is one of two pilgrimage temples located relatively close together. The other is Iwaya-ji No. 45. 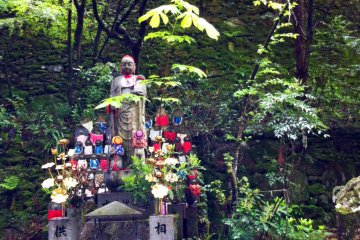 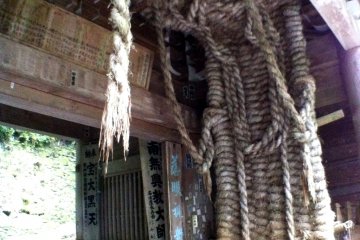 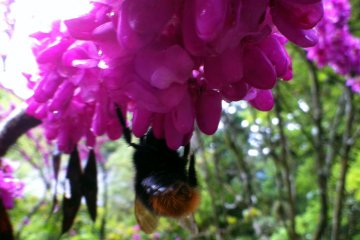 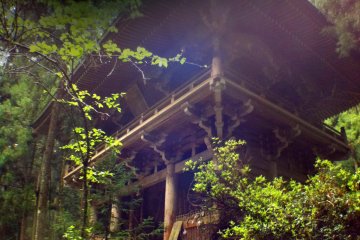 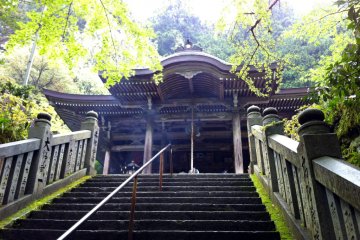 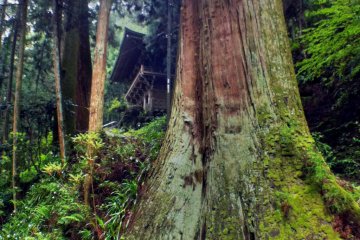