An art gallery in an out of the way location

The Tamagawa Museum of Modern Art is located in a bucolic valley between the city of Imabari and lake Tamagawa on the road to Dogo in Matsuyama. Although the museum is well signposted, it’s easy to drive past it unawares since it’s almost entirely hidden behind the JA A Co-op supermarket.

From the outside, the museum is unlovely. It’s a boxy, grey concrete structure with only a few skylights for windows. A grimmer, less artful looking art gallery I have yet to see. It costs 500 yen to enter. From the pleasant and welcoming staff, you receive a glossy pamphlet and a photocopied sheet of paper showing the arrangement of the exhibits in Japanese.

The gallery is a good deal more attractive inside than out. Unfortunately though, most of the exhibits are quite small works, and a little protrusion of the floor at ankle level prevents you from getting close enough to have a good look.

The works themselves are largely mediocre. There are a handful of uninteresting oils — a sulky looking Japanese boy, a garish and crudely painted landscape. An oil painting of tortoises in semi relief is interesting enough technically, but artistically it’s kitsch. Various Japanese artists have tried their hand at copying Picasso’s sketches, and this oeuvre is quite well represented. There’s a jolly cow in fine pen and ink wash by Asai Cho from 1900, and a striking portrait of a man with a wrinkled face. Among a small group of bronzes is a late Dali sculpture from his most modish and commercial period that looks as though it might have been purchased in a Barcelona souvenir shop. A sketch of a young girl from the 30s is cute, and she wouldn’t look at all out of place in one of today’s manga comics.

Upstairs in Gallery 5 there are a few European works. These include Miro, Braque, and Picasso, although none of the highest grade. I couldn’t help noticing that their frames are perhaps their best feature.

When I visited there was an exhibition of Edo period ukiyoe woodblock prints by Hiroshige. Ukiyoe are always good value as entertainment, but in this case they were displayed in a mass on one wall, making them very hard to view comfortably.

Ehime has some surprisingly good little art galleries dotted about in very rural settings, but this is one of the few that I couldn’t recommend even a cursory look. 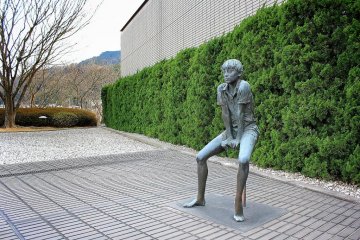 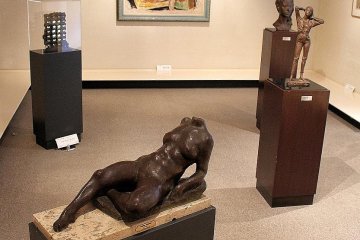 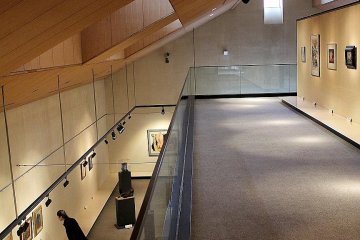 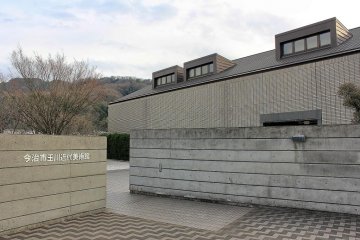