Famous sisters of Sengoku Period rest in peace in Fukui

Three Sisters Shrine stands on the Kitano-Sho Castle Ruins in Fukui city, beside Shibata Shrine. If you are familiar with the Sengoku Period of Japan, you may know these famous, distinguished, beautiful sisters. They were the daughters of Oichi, beautiful sister of a prominent figure in Japan's history, Oda Nobunaga.

After the assassination of Oda Nobunaga, two prominent subjects, Toyotomi Hideyoshi and Shibata Katsuie, fought over the right to become Nobunaga's successor. In the end, Hideyoshi won the contest, which resulted in Oichi and her husband Shibata Katsuie both having to kill themselves in the burning Kitano-Sho Castle when Hideyoshi's army attacked them in 1583. But Oichi's daughters were spared, and rescued from the burning castle. Toyotomi Hideyoshi, who killed their parents, became their legal custodian and took good care of them since they were not the real daughters of his enemy Katsuie, but the nieces of his former master, Nobunaga. Hideyoshi admired and respected Nobunaga, and while he was working under Nobunaga, Oichi, Nobunaga's beautiful sister, was something of a princess to Hideyoshi; an untouchable, unreachable princess. One theory is that Oichi, knowing Hideyoshi's secret admiration of her, as well as his ambition to get her once he achieved power, remarried the other powerful subject of Nobunaga, Shibata Katsuie, to ward off Hideyoshi's unsavory desire to obtain her. Anyway, Hideyoshi won the battle, in which Oichi and Katsuie perished in the burning castle. Hideyoshi seized power and became the ruler of Japan after his master Nobunaga's death. Under the good care of the ruler Hideyoshi, what would happen to these three beautiful sisters whose mother had been beyond his reach?

She was the oldest of three sisters, and probably was the most beautiful. When she was rescued from the burning Kitano-Sho Castle she was only fourteen years old. Later, Hideyoshi, at the age of about fifty-one, made her his mistress when she was nineteen. As I mentioned above, Hideyoshi secretly desired Oichi, Chacha's mother, and it is said that Chacha looked most like her mother among the three sisters. I wonder how she felt when she had to be a mistress of the man who killed her own mother? Moreover, her real father, Azai Nagamasa, had also been killed by Hideyoshi's army in the past. However, this kind of thing happened a lot throughout Japan's Samurai Era, in which winners took all, including wives and daughters of losers. Hideyoshi loved and cherished her very much, so much so that he even had a castle (Yodo Castle in Kyoto) built only for her, which gave her an alias, 'Yodo gimi', the mistress of the castle. She later bore two sons to Hideyoshi, but the first son passed away by illness, so the younger son Hideyori became Hideyoshi's only heir (although Hideyoshi had more than 100 mistresses, he had been unlucky and Chacha was the only mistress who became pregnant with his child...a wonder of wonders!?) Since Chacha was the mother of Hideyoshi's heir, her power increased, of course, and she reigned in the Toyotomi Clan as queen until Tokugawa Ieyasu and his army destroyed them at Osaka Castle in 1615.

It can be said that among the three sisters, she was the only one who spent a 'relatively' peaceful, happy life. She married Kyogoku Takatsugu, who later became the lord of the Wakasa Obama Han (present Obama city in Fukui). Kyogoku Takatsugu was a subject of Toyotomi Hideyoshi, but after Hideyoshi passed away he followed the orders of Tokugawa Ieyasu, and thus protected his family, which prospered until the Meiji Restoration. When her husband died, Hatsu became a nun, under the name 'Joko-in', and except for the role she played as a mediator at the Siege of Osaka, in which her older sister Chacha and Chacha's son died as mentioned above, she spent the rest of her life peacefully at her temple Joko-ji in Obama city, Fukui.

Go also had as turbulent a life as her oldest sister Chacha did. She married three times, and every marriage was political, forced upon her by her custodian Hideyoshi. But the third time she got lucky because she married Tokugawa Hidetada, who was Ieyasu's heir and became the second Shogun of Tokugawa Shogunate (though she didn't know that when she married him). Thus, she became the enemy of her older sister Chacha. Her father-in-law, Ieyasu, made her daughter marry Toyotomi Hideyori, Hideyoshi's only heir, which proves that at first Ieyasu didn't plan to destroy Toyotomi Clan. However, her sister Chacha saw her son's wife as a spy of Tokugawa, and tried to sabotage their relationship as much as possible. In the end, Tokugawa decided to destroy the Toyotomi Clan, and attacked Osaka Castle mercilessly, with Go's daughter inside the castle. Chacha, however, released her son's wife (Go's daughter) before she and her son Hideyori killed themselves. I wonder if it was a sisterly love of Chacha for Go, or was it meant to show Tokugawa Ieyasu that although Tokugawa was despicable, they were honorable. She died in 1626, eleven years after her sister Chacha was killed by her family. She was buried in Zojo-ji Temple in Tokyo. Her memorial stone is on the grounds of Kurodani Temple (Konkai Komyoji Temple) in Kyoto.

Three Sisters Shrine was built in 1998, along with the reconstruction of the buildings of Shibata Shrine and Fox Shrine on the premises of Kitano-Sho Castle Ruins. Here, their statues stand with their parents' statues, Oichi and Shibata Katsuie. Although their lives were tragic, they now rest in peace in the place where they all once lived together happily for a short time during their turbulent lives. 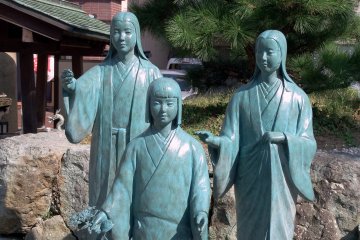 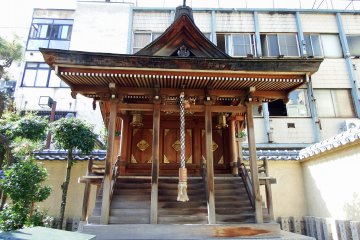 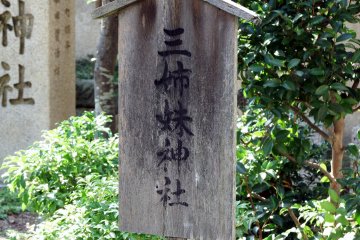 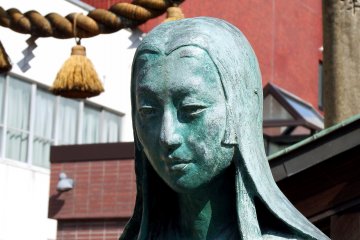 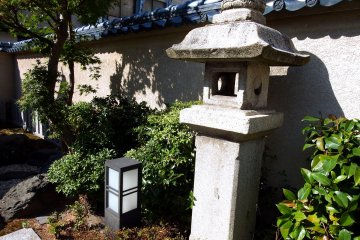 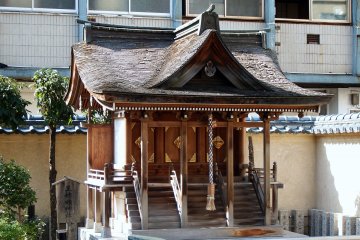 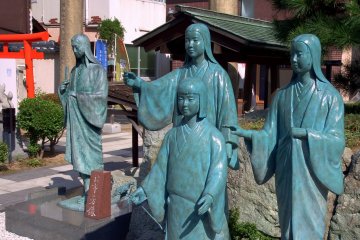 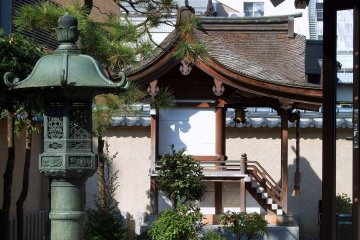 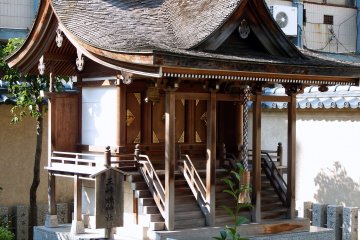 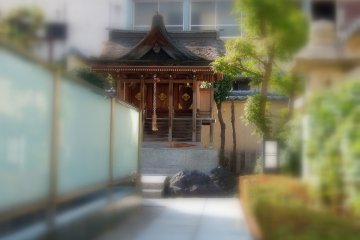