Fukuoka Art Museum houses art collections from both prehistoric and modern times. On the ground floor you will find a collection of Buddhist art from the Tokoin temple. The collection is small but there are some really awe-inspiring sculptures. There are two large Yakushi-nyora Buddhist sculptures made from cypress and lacquered with gold leaf. Yakushi-nyora is known as the medicine Buddha. In many of the old temples in Japan Yakushi-nyora was chosen as the central figure to represent the temple. Both of these sculptures are thought to have been produced between the eleventh and twelfth century.

In the gallery next door you find a collection of pre-historic ceramics from China. I found some ceramics in this gallery from as far back as the second century BC. I thought that was really impressive; however, I was eager to get upstairs to see the modern art collection. The museum has some artwork from well-known artists such as Salvador Dali, Andy Warhol, Mark Rothko and Joan Miró. While I could appreciate the work from these celebrated artists I really enjoyed seeing the work from artists I had not previously been exposed to. One of these artists was Tiger Tateishi whom I can find surprisingly little information about on the internet. I would describe his work as surrealism combined with pop art. Tiger Tateishi worked as a cartoonist from the late 1960s onwards and spent many years working in Europe. I enjoyed learning that this artist was originally from Fukuoka.

Another artist I had never come across, though he is well-known, is George Segal. His sculpture is set in the middle of one of galleries. The piece called ‘Next Departure’ (1969) and contains three plaster statues of people departing through a door. Personally I found this sculpture quite haunting and thought is should rather be named ‘the last departure’. I think what the sculpture is actually commenting on is the mundane activity of commuting. An aspect I found particularly interesting was Japanese artists painting in a Western style. It was something I had not really thought about before visiting the gallery. When viewing a portrait of a European woman, it comes as a surprise to peer down at the label and see a Japanese name.

My highlight of the Fukuoka Art Museum was seeing the special exhibition of Yayoi Kusama. It was called ‘Beyond my illusion’ and featured her work from 1952-1999. Having been a fan of hers prior to traveling to Japan this was a real treat for me. There was an amazing installation in the middle of the room featuring a furniture set she had made. Unfortunately photography was not allowed in the galleries. Luckily there was one of her artworks outside which I was able to photograph. The museum itself is in a well maintained building with a nice restaurant and museum shop right next to Ohori Park. Entrance was only 200 yen; given the chance I would definitely go again. 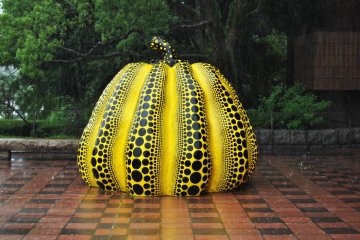 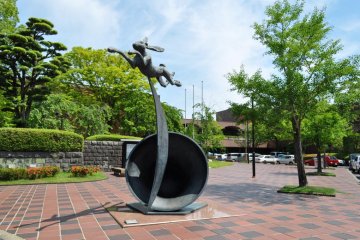 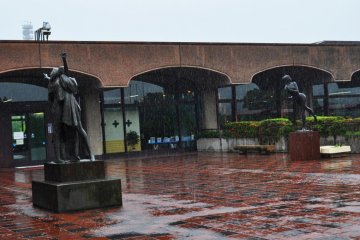 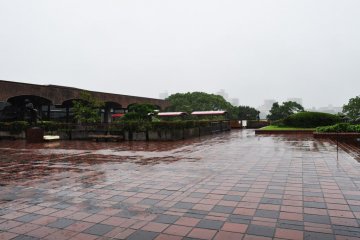 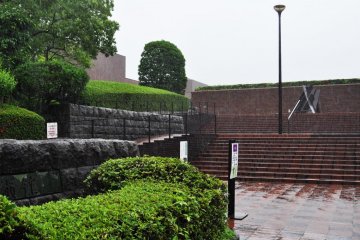 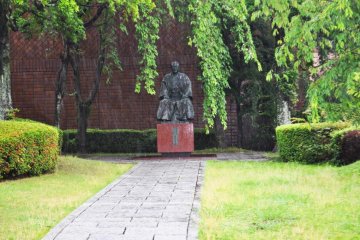