Relive the historic battle from 1600

“Yusai had spent much of his life in the company of courtiers, yet was not one of them. The events of 1600 would reveal him ready to demonstrate his warrior’s mettle one last time. Toward the end of the fifth month he left the capital and returned to Tanabe Castle. Hideyoshi had been dead for almost two years; the battle to determine who would rule Japan in his place was looming” – from An Imperial Concubine's Tale: Scandal, Shipwreck, and Salvation in Seventeenth-century Japan, by G G Rowley.

Hosokawa Yusai was also known as Hosokawa Fujitaka, who built Tanabe Castle in the present town of Nishi-Maizuru. With his son Tadaoki at the Battle of Sekigahara, he torched Miyazu Castle and sought refuge here. His daughter in law converted to Christianity and ultimately was martyred in Osaka Castle, her Christian name of Gracia becoming an inspiration for the church in Miyazu.

Tanabe Castle at that time was a long way from Kyoto. The mountain road by foot with provisions could take two and a half days, a zig-zag journey through Kameoka and Ayabe. Hosokawa Fujitaka thought he was safe, but he was soon under siege at Tanabe Castle. With just 500 defenders, they faced 15,000 attackers on the other side of the wall. Unlike the hilltop position that Fukuchiyama Castle enjoyed, the flatland position here left them exposed to the cannon fire that knocked out a watchtower. It seemed hopeless, but he was saved after 50 days under the personal negotiation of the emperor himself.

Today you can relive this historic battle in the free museum, while outside in the reconstructed garden and castle walls, all you can hear is the gentle breeze in the forests and the sound of birds chirping. It is a gentle place to take a stroll, slow down and hear the heartbeat of nature around you.

Also known as Bugaku-jo, Tanabe Castle and Maizuru Park is one of the highlights of Nishi Maizuru. It is only one stop from Higashi Maizuru, home to a deepwater port and the International Cruise Ship Terminal. Nishi Maizuru is also the gateway to Ine, Miyazu and Amanohashidate on the KTR private railway. Why not stay at the Seikiro Ryokan and take in all the scenic and historic sights of this side of Kyoto?

Find out more about Maizuru Park. 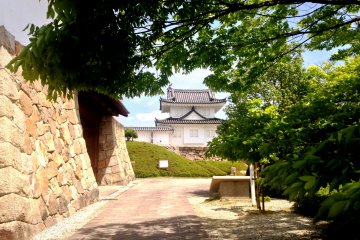 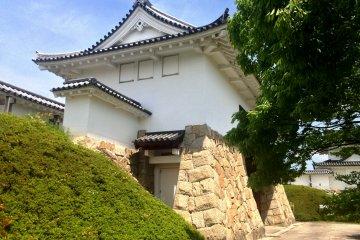 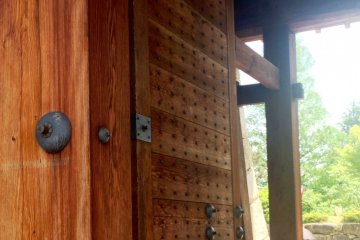 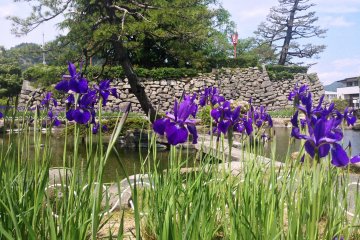 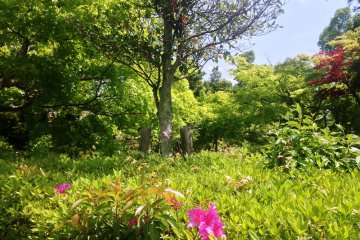 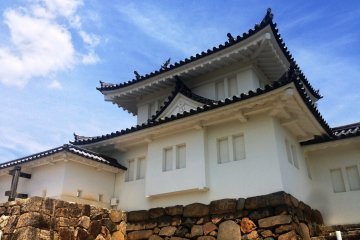 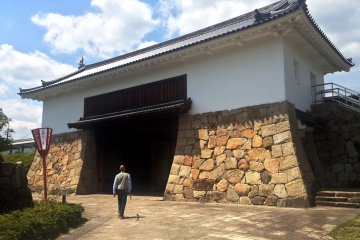 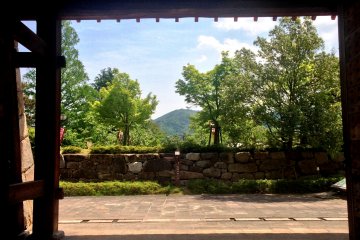