An abandoned warehouse with maids and weird things

On the last Sunday of every month, a mysterious museum opens deep in the remote mountains of western Fukuoka. It's called the Wonder Museum (Fushigi Hakubutsukan), and it is dedicated to mysterious and weird things that pique the interest of the impeccably dressed curator, Takamasa Sumi, and his staff of young maids.

Many of the odd sculptures and models inside the museum, including the giant-sized, grotesque tardigrade that currently stands in the middle of the space, were personally sculpted by Mr. Sumi. But you will find many other interesting things here as well: a shrine to the eerie and dark comic strip Nekojiru Udon, photos of his maids posing with strange objects in the middle of the woods or in industrial ruins, and an offputting independently made video game.

The contents of the museum can easily be navigated in 30 minutes. You are also invited to wander around in the nearby junkyard or to peek inside Mr. Sumi's studio on the first floor, where he is busy making haunting new sculptures.

There is also a café and gift area. You can buy photos of Mr. Sumi posing with a Japanese jackalope, eat ice cream molded into tardigrades and other bugs, and drink tea poured by a maid into a porcelain cup that seems to be sprouting tentacles. The food is very fresh and tasty, although I can neither confirm nor deny that you will see strange visions in your dreams after eating there. There is a small library of rather odd books which you can enjoy with your tea.

The Wonder Museum is closed about 30 days a month. For people who are unable to make the drive out to the mountains on the very specific opening day, there is a small, rotating exhibition of some of Mr. Sumi's collection, called the Wonder Museum Sanatorium, in the Tenjin area of downtown Fukuoka. The exhibition is open six days a week. Details are available (in Japanese) on their website.

The Wonder Museum and café is accessible only by car. It is a 40 minute drive from the center of Fukuoka. Parking is around the corner from the main façade of the museum and is somewhat limited.

Three years in Saga Prefecture have taught me that there is a lot more to this country than meets the eye. 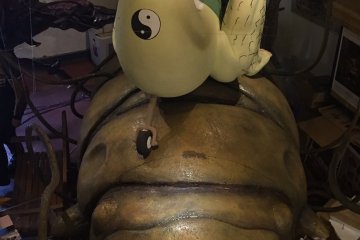 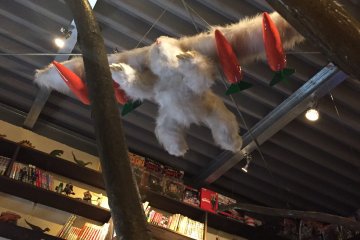 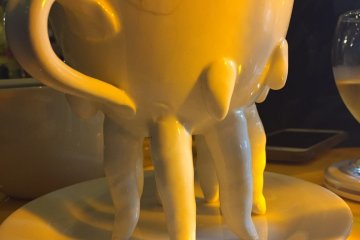 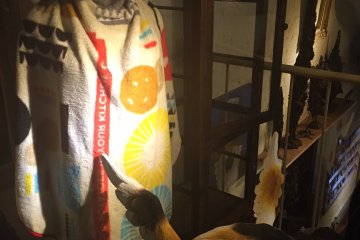 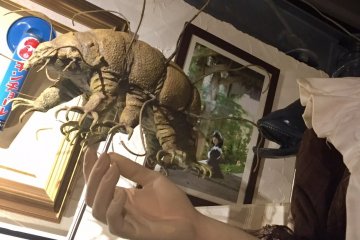