Choosing a place to stay in Aizu-Wakamatsu was a bit of a head-scratcher. It's a pretty sprawling town, with the station and main sights roughly on the corners of a big square; you can be close to the station or the sights, but not both. I opted for being near the sights, and found myself a reasonable deal at the New Palace Hotel, about a fifteen-minute walk from the station. (Of course then I ended up going to the station every day anyway.)

It seems a little dated, but is still perfectly clean and presentable, with a small library/lounge near reception that has local information and a daily English-language newspaper. My single room was typically compact and functional; the bed was nice and comfortable, there was a decent sized TV (set in the wall to save space), and a small desk and fridge. I didn't get a LAN cable, but the free Wi-Fi turned out to be adequate for zoom and youtube.

Wherever you stay in town, you'll be near some of the sights, far from others. New Palace is more or less immediately next to Hideyo Noguchi Seishunkan, a small museum about the life of Hideyo Noguchi, the famous bacteriologist whose portrait adorns the thousand-yen note. It's also a reasonable walk to the castle of Tsuruga-jo, a little further to Oyaku-En garden, but even for me, it was too far to walk to Bukeyashiki samurai residence and the historical district of Iimori-yama. That said, aside from Iimori-yama it is generally a very flat town, easy enough to get around by bike or bus. For shopping and nightlife (if that's not too grand a word), there's a supermarket and some restaurants and cafes on the nearby streets, and an izakaya round the corner that seems to be one of the few places that stays open after around 8:30.

They have a good range of room types: singles, doubles and twins all come in both standard and deluxe varieties, and if you want more space, there are queen, Japanese, Asian, and barrier-free twins. Prices seem to vary with day and season, but it looks like you can expect to pay around ¥7000-¥8000 for a standard single, ¥9000-¥11000 for a standard twin or double, more for the deluxe or larger rooms. 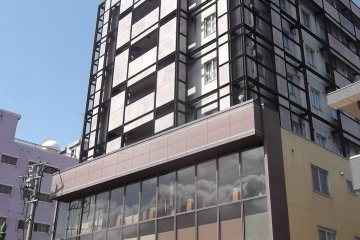 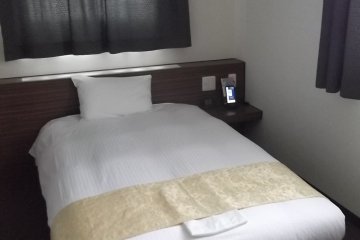 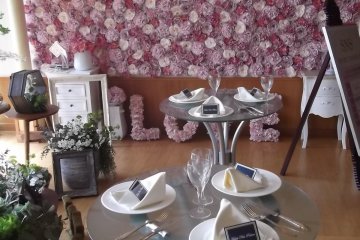 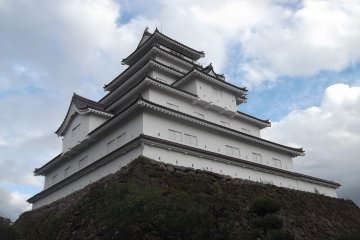 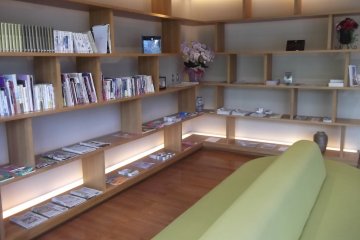 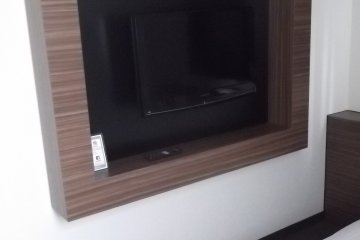