The history and culture of Hula introduced in Japan

Have you been to Hawaii? I haven't. My only images of Hawaii are those I have seen on TV, in travel books, or heard from my Hawaiian friends. That is until I visited a piece of Hawaii in Fukushima. Once a coal mine and now a Hawaiian-themed entertainment center with the world's largest outdoor bath, watersides, and Hawaiian shows, Hawaiians Spa Resort is certainly not your everyday amusement park.Check it out here. I know relatively little about Hula. Thus, upon entering the facility and discovering that the resort boasts a Hula Museum--the only one in the world according to the English website-- I had to check it out.

When you hear Hula Museum in Japan, you may have some assumptions like I did. How good could a Hula Museum in Japan be? Or wow, another way to make money by adding a few random non-authentic exhibits. However, your assumptions will quickly be put in their place. Turn the corner after entering and you'll see a wall of framed documents. These are official congratulatory notes and personal appreciation letters from politicians and organizations in Hawaii for preserving and sharing Hula culture in Japan. After seeing those, I knew I came to the right place.

The museum is free to enter, though you can only get into the theme park where the museum is located by paying its admission fee. The museum is a fairly spacious, unstaffed, one floor area off a hallway of the theme park. Inside you'll learn about the history of Iwaki, the town you'll be standing in, and how it transformed itself from a coal mining center to Hawaiian wonderland. Old poster ads and pamphlets were interesting to see. Imagine trying to sell Hawaii to an audience at a time when few really knew what Hawaii was. The resort puts on daily Hula shows performed by their ''Hula Girls'' which are well known around all of Japan. The girls have a rigorous training program and must graduate the resort's own school of dance and culture before graduating to a full time position at the daily shows. This is explained in the museum. Additionally, there is an outline of the recovery tour of the Hula Girls. They spread cheer and raised funds after the Great East Japan Earthquake. The shows they perform seem authentic (minus the Hula Girls in cowgirl outfits at one point!) as the museum. Another part of the museum is dedicated to ''Hula Girls'' the movie. This 2006 film based on the real life story of the resort's Hula Girls received great reviews and several cinema awards. You can see the awards, autographs, and costumes from the movie. I would recommend renting the movie before visiting the resort to really enjoy its history and appreciate all the work that goes into making a tropical paradise inside Japan. While the museum certainly does do its part to promote itself and the town in the front area, the back room of the museum is where the real Hula education takes place.

A simple, yet very effective display is duplicated for several different Hula styles. Each style has its origins explained alongside a set of authentic clothing to be used during a performance. Best of all is the video screen at each exhibit which has a running video of that Hula dance being performed in its entirety. Nearby there are Hula instruments and decorations you can handle yourself. Look for them being used in the daily performances.

The chance to learn about Hawaiian culture in Japan was really cool. I enjoyed the museum and spent about 20 minutes there just browsing around. ​Unfortunately, all information in the museum is in Japanese, but being free with theme park admission and full of easy to understand visuals, it is definitely worth a visit. Aloha. 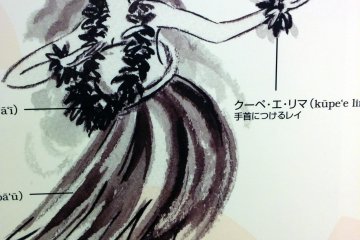 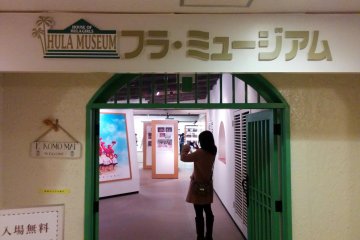 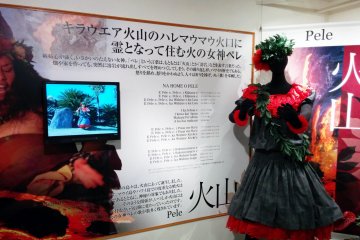 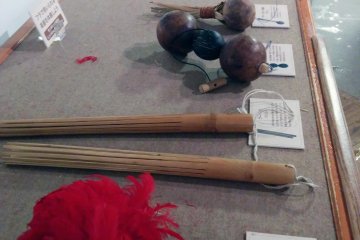 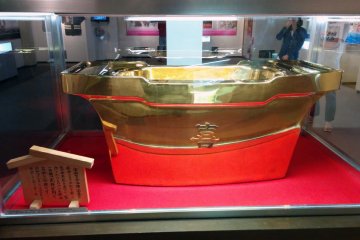 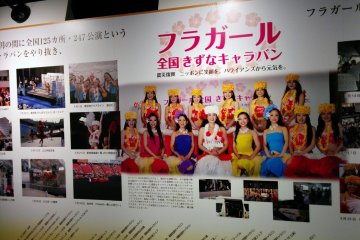 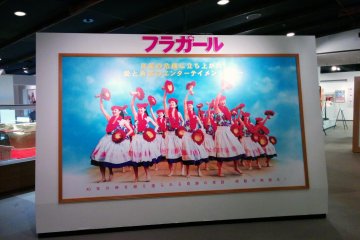 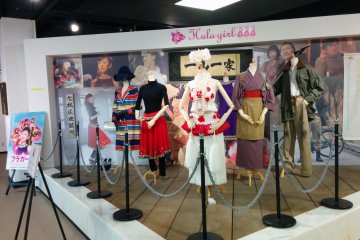 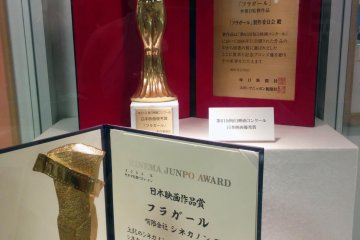