Iwaki La La Mew calls itself 'an ocean and fish food theme park'. It is located seaside next to the aquarium, Fukushima Aquamarine, and is also very close to Misaki Park's Iwaki Marine Tower. Inside there is a fresh seafood market and over 10 restaurants. Most serve seafood, but there are also a couple of soba restaurants, a ramen shop, and a diner that specializes in American-style hamburgers. For those who are only looking for dessert, there is a Baskin Robbins and a shop called 'Cafe Ball' that sells some sort of coffee bean snack. Almost all of the food outlets are open from 10am to 6pm.

The facility is clean, modern, and quite large. As the home of the Iwaki Tourism & Local Products Center, tourists can pick up sightseeing information here, as well as shop for souvenirs made in and around Iwaki City. For those with children, there is a 'Mew Land' game corner, and the 'Mew Mew' play area - an indoor space containing a plastic ball 'swimming pool', bouncing and climbing apparatus, a variety of toys, and more.

On the second floor is a small museum dedicated to Iwaki. It contains a mini theater, a book corner, and displays. The museum also introduces Iwaki's sister city relationships. On the end of the building closest to the sea, there is a office selling tickets for recreational boat tours. The 'Iwaki Day Cruise' is 50 minutes long and costs 1710 yen for adults, 850 yen for elementary school aged children and younger. The cruise boat leaves from just outside the office.

La La Mew is open from 8am - 7pm, although the hours of individual shops vary. The facility sits beside a nice brick-paved open space overlooking the ocean. There are a couple of other nice restaurants/souvenir shops nearby, in addition to the aquarium.

A lot of damage was done during the earthquake/tsunami in 2011, but Iwaki City has been working hard to repair and rebuild the area. They really need visitors in order to keep the momentum going.

La La Mew and the Fukushima Aquamarine Aquarium is a short 15 minute bus ride from Izumi Station, or 20 minutes by car from Iwaki-Yumoto Interchange. 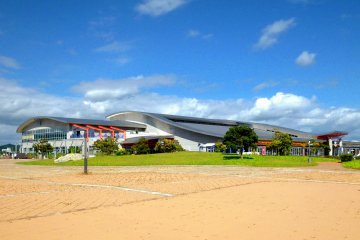 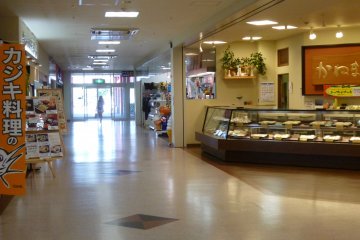 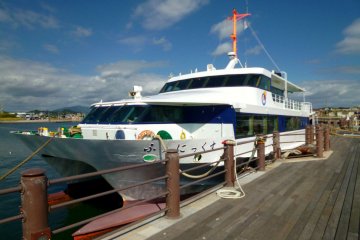 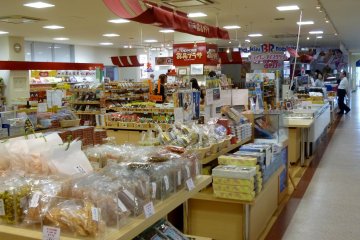 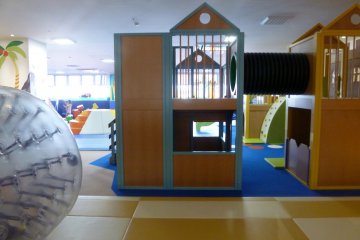 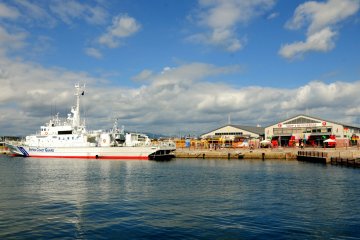 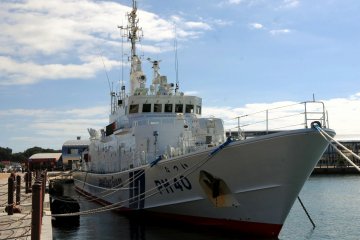 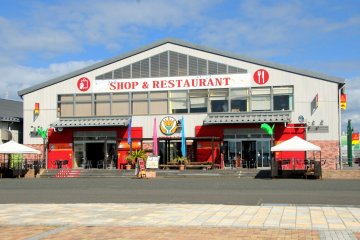 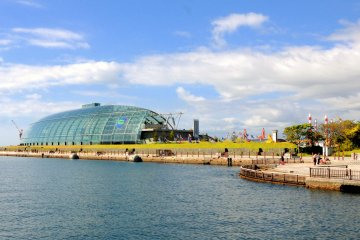