History and heritage in upscale Tokyo

Upscale neighbourhoods and chic designs are not the only things that Meguro City Ward has going for it. The area's many temples and shrines form part of a vibrant local atmosphere, allowing residents and visitors to take in the pleasant ambience of the ward. Here is an introduction to some of the temples and shrines that call Meguro home and how to reach them.

Statues galore at Daien-ji Temple, a small but culturally significant temple. Featuring kappa river sprite, koshin three monkey statues the temple is most famous for its gohyaku-rakan. These 500 statues of the Buddha and his followers were carved out of stone to atone for the Great Meiwa Fire of 1772 that started here at the temple.

A 3-minute walk from Meguro Station on the JR Yamanote Line.

Founded some 800 years ago, Jiyugaoka Kumano Shrine features the statue of the man who named the Jiyugaoka area, Kyujiro Kuriyama. More robust leaning komainu guardians stand watch over the shrine while a pine tree planted here is said to have been brought over from the famous Yoshino Grand Shrine all the way in Nara Prefecture.

A 4-minute walk from Jiyugaoka Station on the Tokyu Oimachi or Toyoko lines.

Established in the 9th century, Meguro Fudo-son is the city's largest temple and home to Fudo Myo, the black-eyed guardian deity that once protected old Edo. The cherry blossoms here are popular during the spring season while the grounds happen to also be the final resting place of Konyo Aoki, a scientist who encouraged Japan's enjoyment of the sweet potato.

A 10-minute walk from Fudo Mae Station on the Tokyu Meguro Line.

Home to a shrine dedicated to the wife of the second shogun as well as a high ranking Edo period priest, Yutenji Temple is an expansive location surrounded by temple complexes. Each year in late May, a festival is held here to commemorate the sacrifice of those firefighters who lost their lives in the course of their duties.

An 8-minute walk from Yutenji Station on the Tokyu Toyoko Line. 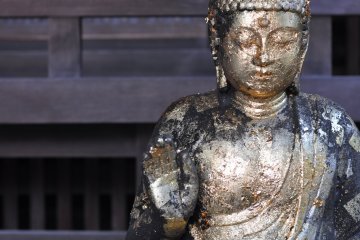 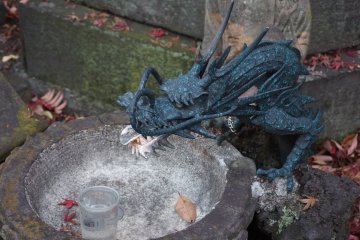