Introducing the ramen of Kyushu

Ramen from Japan's Kyushu region is characterised by its tonkotsu pork bone broths. The resulting creamy textures and flavours are one of the reasons why Kyushu is home to the nation's most popular ramen. Rich broths from Fukuoka, garlic and sesame infused tastes from Kumamoto, chicken and vegetable marriages in Kagoshima and fish stock from Miyazaki are just some of the flavours available. Here is a simple guide to some of the ramen from Kyushu.

Arguably Japan's number one style of ramen, Hakata ramen from Fukuoka prefecture is a dream of thick creamy tonkotsu pork bone flavour and thin but firm straight noodles. A standout feature as they cut through the milky broth, these noodles are dry and complement the rich flavouring of this ramen absolutely perfectly.

Characterised by a thick serving of noodles served in a rich tonkotsu pork broth blended with chicken stock, the Kumamoto ramen of Kumamoto prefecture turns out to be just a tad lighter than its neighbours' version. The addition of cooked garlic chips and sesame oil adds some real depth and character to this dish.

Kyushu's love affair with tonkotsu-based broths continue. However, with Kagoshima ramen from Kagoshima prefecture, the broth is prepared together with chicken and vegetables, giving a ramen that is much clearer and less oily. Variety can be found in the noodles, where either thick or extra thin ones are often used.

In Miyzakai prefecture, Miyzakai ramen sees a tonkotsu-based broth flavoured with fish stock to create a broth that, while still reasonably thick, is clearer and lighter in taste than its neighbours. The addition of thin noodles that are straight and somewhat soft creates a gently enticing texture to this flavourful ramen. 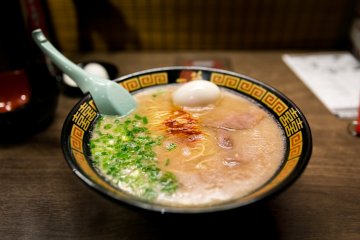 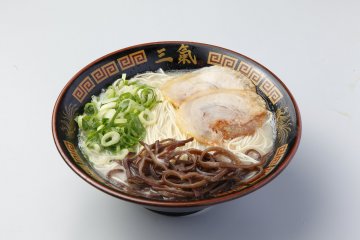 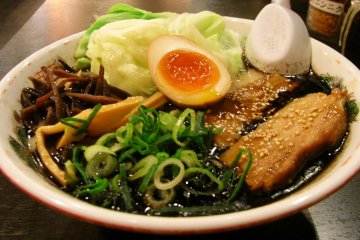 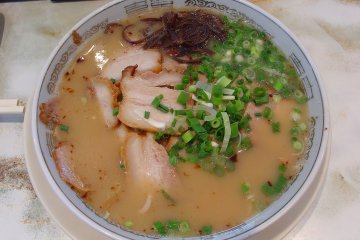 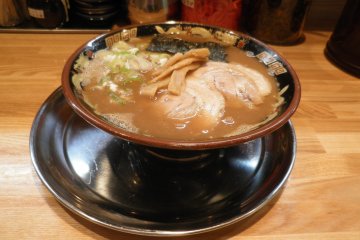