Hidden within Adachi City's residential image lies some of the city's impressive places of interest. Home to one of Tokyo's most important wholesale fish markets, a top Buddhist temple and one of the capital's most expansive public parks, Adachi City is dotted with local shrines and nods to the city's past.

Dating back to the ninth century, Nishiarai Daishi Temple is one of the top three Shingon Buddhist temples in Tokyo. Famous for its wart curing salt-covered statue, the temple hosts numerous festivals throughout the year and features fascinating buildings and landscaping.

Famous for its Tori no Ichi festival, Otori Shrine has a mythical foundation story, traditional Shinto rituals and festivals that are held throughout the year as well some of the most marvellous dragon woodcarvings you are likely to find in a local shrine.

One minute from Toneri-koen Station on the Nippori-Toneri Liner Line.

Three minutes from Senjuhashi Station on the Keisei Line.

Located right by Higashi-Fuchie Gardens, the Adachi Historical Museum explores the history and development of Adachi City within the theme of Edo Tokyo and its eastern suburbs. Numerous scaled and life-sized models, pictures, maps and interactive exhibits make the museum an enjoyable look at local history and life in Adachi.

A few minutes by Tobu Bus from the West Exit of Ayase Station on the Chiyoda Line.

One of Tokyo's major wholesale markets, Adachi Market is much smaller than its famous cousin Toyosu. Not touristy in the slightest, the market is divided into wholesale, retail and restaurant areas. Be sure to visit on the second Saturday of odd months for 'market day' when the wholesale area becomes accessible. Five minutes from Senjuohashi Station on the Keisei Main Line.

Six minutes from Senjuohashi Station on the Keisei Main Line. 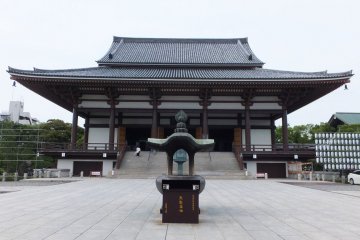 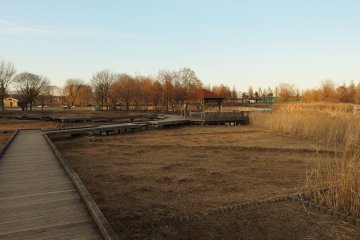 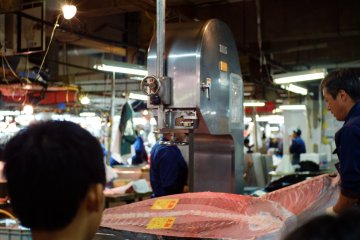