Known for its gritty suburbanism, Edogawa City is home to scores of gem-like treasures that are unknown, even to many Japanese themselves. From Japan's oldest and widest pine tree to central Tokyo's largest green space, from award wining bonsai to free zoos and Edo period manor homes, Edogawa City has a lot more going for it than it first seems.

Featuring Japan's oldest and widest pine tree, Zenyoji Temple is nestled right by the banks of the Edo River. The 600 year old pine, Yogo no Matsu is a registered National Natural Property and, along with soil from each of the 88 temples of the famous pilgrimage route in Shikoku, is the main feature of the temple.

Fifteen minutes from Edogawa Station on the Keisei Line.

A Nichiren Buddhist temple, Zentokuji Temple is part of a cluster of neighbourhood temples and shrines just outside of Kasai Station. Established in the mid-17th century, the current temple features some very interesting, and dare one say, unique tanuki raccoon dog statues and a small pet cemetery.

Seventeen minutes east then north from Kasai Station on the Tozai Line.

The largest park in central Tokyo, Kasai Rinkai Park is a huge expanse of open space looking out over the ocean. Along with a ferris wheel, the Tokyo Sea Life Aquarium, a seabird sanctuary and an observation building, the park also features scores of walking trails, barbecue spots, lawns and beaches.

A wide expanse of open space, sporting fields and gardens, Nagisa Park borders the Kyuedo River, offering a great spot for a nice family day out. A children's train runs through the grounds while a free pony riding area is available to entertain the kids. The flower gardens are particularly pleasant during the spring and autumn.

Twelve minutes by the no. 21 or 24 bus from Kasai Station on the Tozai Line.

Curated by master bonsai artist, Kobayashi Kunio, the extraordinary Shunka-en Bonsai Museum features exquisite examples of the art as well stunningly maintained garden grounds. Along with traditional tea upon visiting, the museum also offers bonsai tuition, both as a short course or as a live-in student experience.

Three minutes from Keiyo-guchi bus stop by the No.76 bus from Mizue Station on the Toei Shinjuku Line.

An excellent museum in Kasai detailing the history of Tokyo's subway system, the Tokyo Metro Museum is broken up into seven different sections. Featuring hands-on interactive exhibits like railway simulators, the museum is a perfect treat for curious children and even the odd adult or two.

Next to Kasai Station on the Tozai Line.

An Edo Period farmhouse that once belonged to the wealthy Tajima Family, Ichinoe Nanushi Yashiki is a well-preserved property in Haruecho. Featuring historical designs, gardens, protected trees and a moat, the property's nagayamon samurai gate only further confirms the high social status of its past owners.

Fourteen minutes from Mizue Station on the Toei Shinjuku Line.

A free zoo in Tokyo is a dream for parents and kids alike. Part of the larger Gyosen Park grounds, the Edogawa City Natural Zoo features a solid range of animals ranging from cutesy farm petting animals to seals, red pandas and falcons. Look out for the more exotic giant anteaters and rhinoceros hornbill bird.

Fifteen minutes from Nishi-Kasai Station on the Tozai Line. 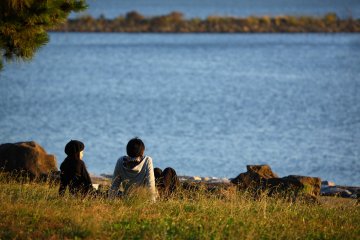 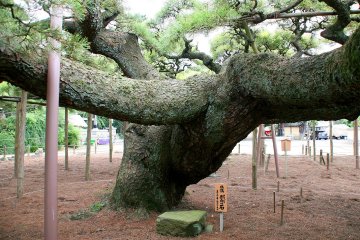 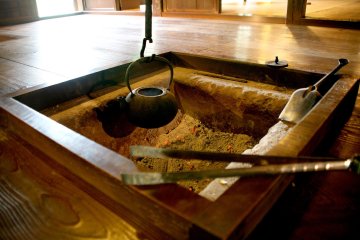