As religion and art comes together

On the eastern outskirts of Takasaki City in Gunma prefecture, there are a number of Buddhist temples and sacred sites scattered on the mountainsides. One of these sites is the Daruma temple on Shorinsan. Besides being a place for worshiping, it is here where the famous Daruma painting originates, which attracts tourists from all over, and come utilize this art form as a way to worship.

The Daruma doll was invented by Tomogoro Yamagata. Daruma is the first grand master of Zen Buddhism in China, who, according to Chinese tales, spent nine years meditating in a mountain cave behind the renowned Shaolin temple in China, before his teachings was spread to Japan.The original shape of Daruma doll is more elongated, which resembled the shape of a silkworm cocoon. The doll brings luck to silkworm breeders, who in their colloquial saying describe a silkworm as “getting up” when it hatches. That is why the old Daruma dolls are made more vertical to resemble this “getting up“ process. Later it changed its shape into a more round figure, so as to enable it to stand firmer.

Daruma dolls are worshipped nowadays not only by local farmers, but everyone who are fascinated by his interesting shape and different faces. There are talismans made in Daruma's shape; or you can also purchase a Daruma doll and paint it yourself as a devotion to making your wish come true. You can choose between two sizes. Outside red, which is the most popular or authentic colour, you can also choose from white, blue, purple, green or pink. The nose, mouth and eyes are already drawn. What should be finished are the eyebrows and moustache, which is drawn in black. They are drawn in a shape of a crane and a turtle, which are very auspicious animals symbolizing longevity in Buddhist tradition. Your wish could be written in gold directly beneath the chin and on both sides of the face.

Remember to leave the iris blank before you bring the doll home. Don’t draw it at the temple! You should bring the doll home, make your prayer, and draw first the left eye, that is the eye on your right hand side when you are directly opposite to it. When your prayer comes true, draw the iris of the other eye. You can bring a Daruma doll to the temple after you’ve made a prayer with it. They will be collected and burnt in a ceremony as an offering to the Buddha. Behind this ritual is the Buddhist teaching that we should not insist in possession of earthly material. To let go of things is the true way to happiness and would get you closer to the righteousness of Buddhism.

Of course if you are not that fervently religious or if materialism still matters to you, you can keep it at home, which I bet a lot of people would, given that they look so cute and it is an artwork partly handmade by you. To keep or to let go, this is finally another religious question that you have to ponder by yourself. 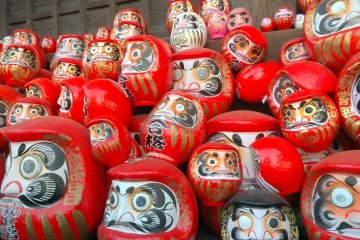 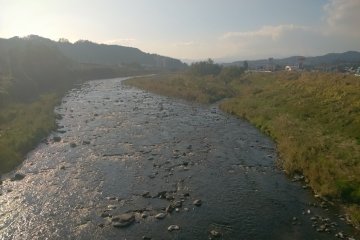 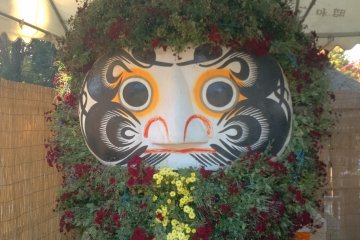 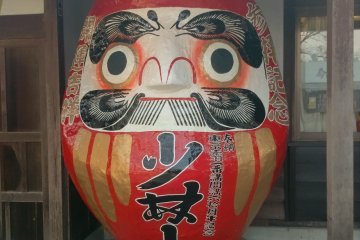 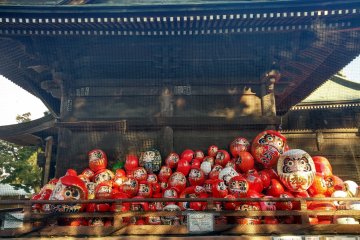 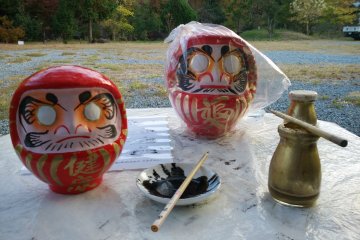 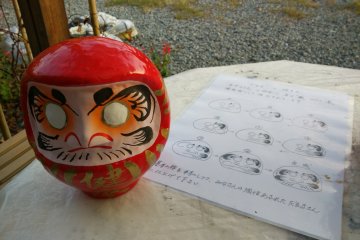