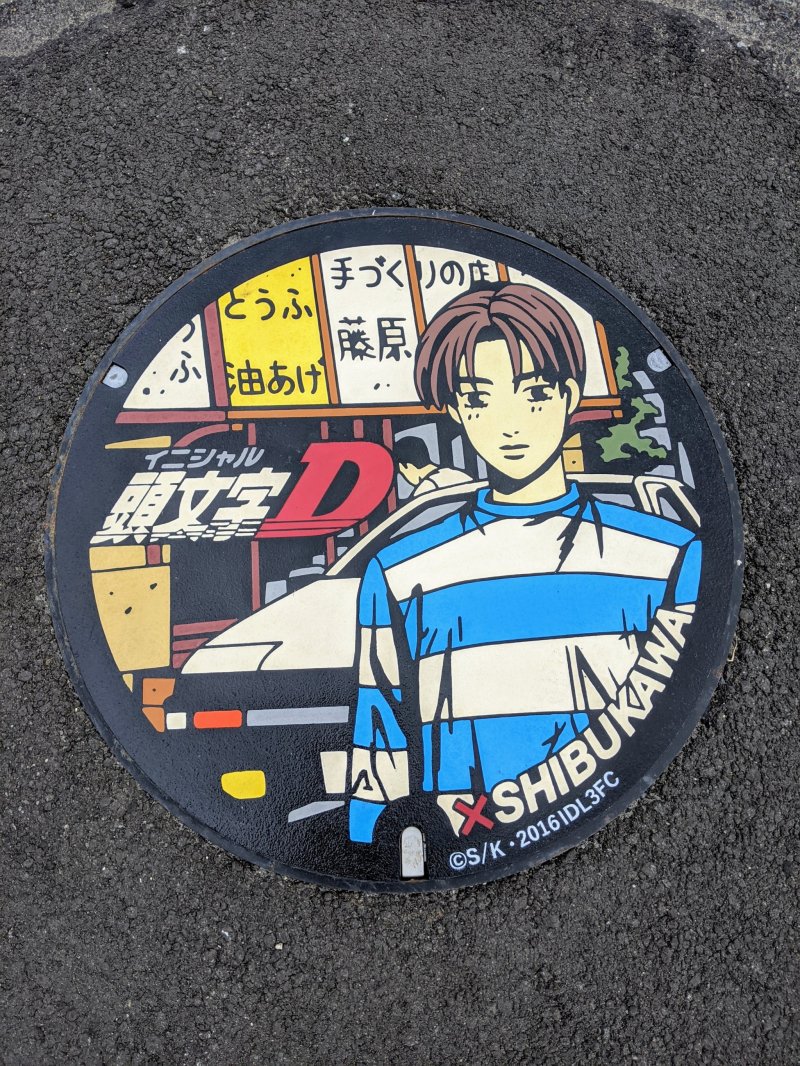 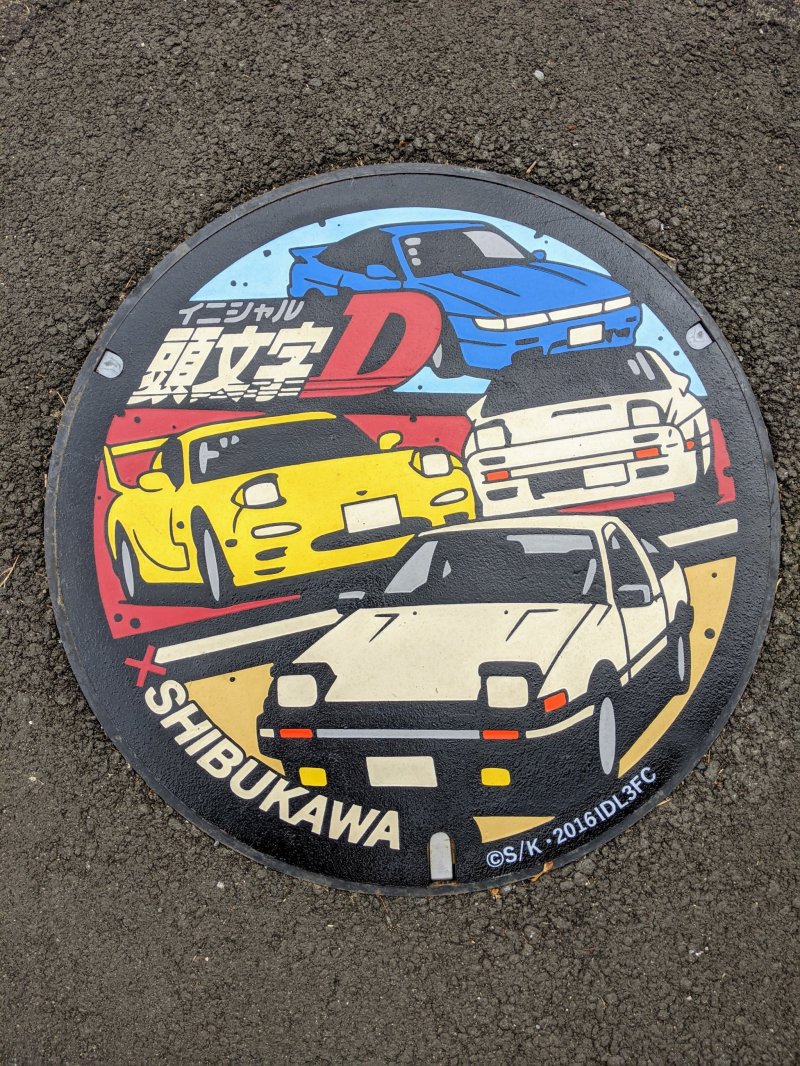 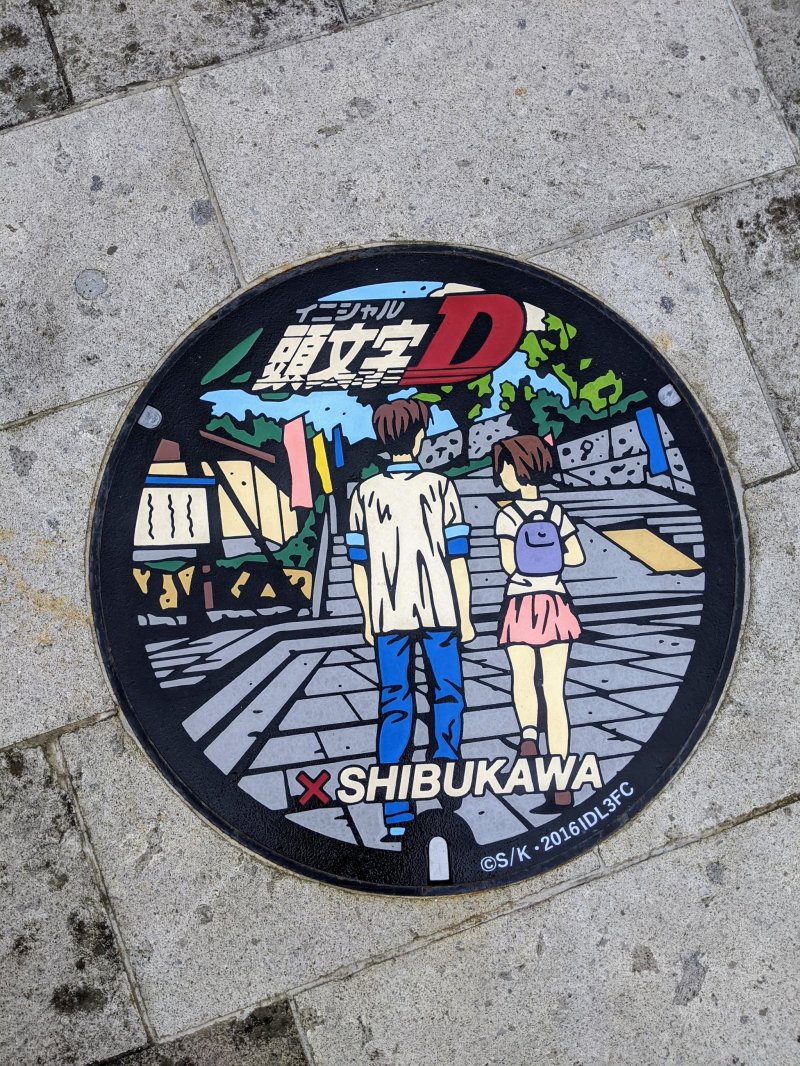 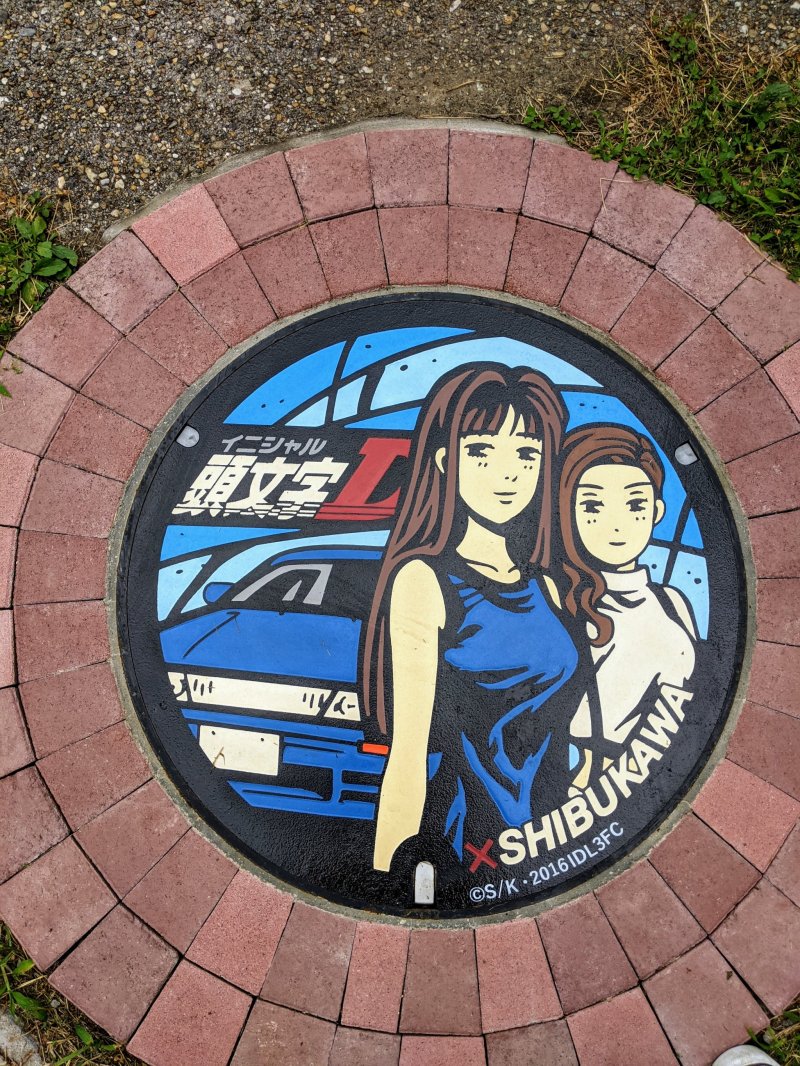 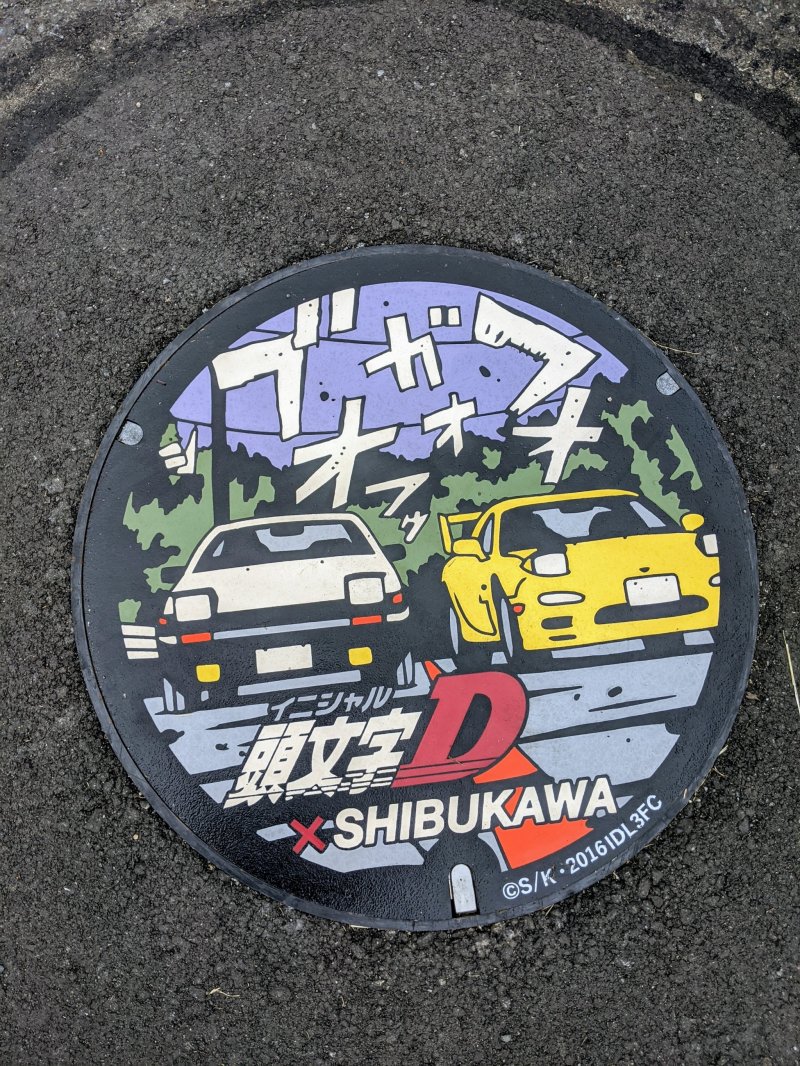 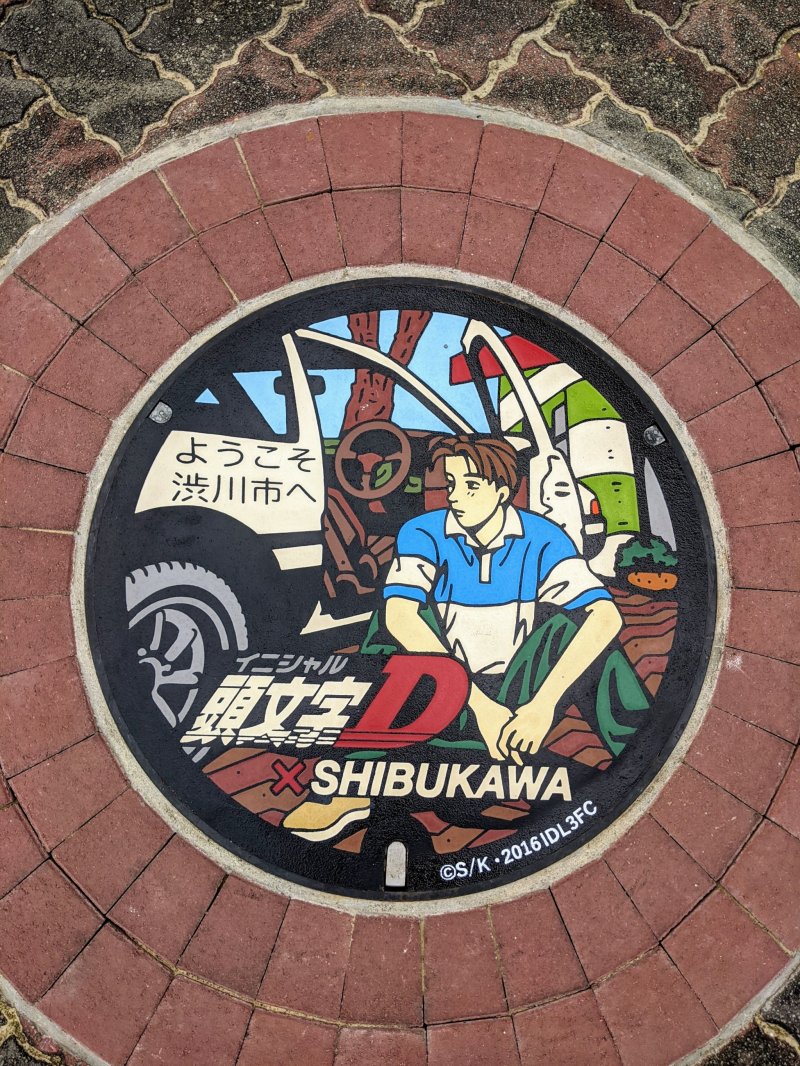 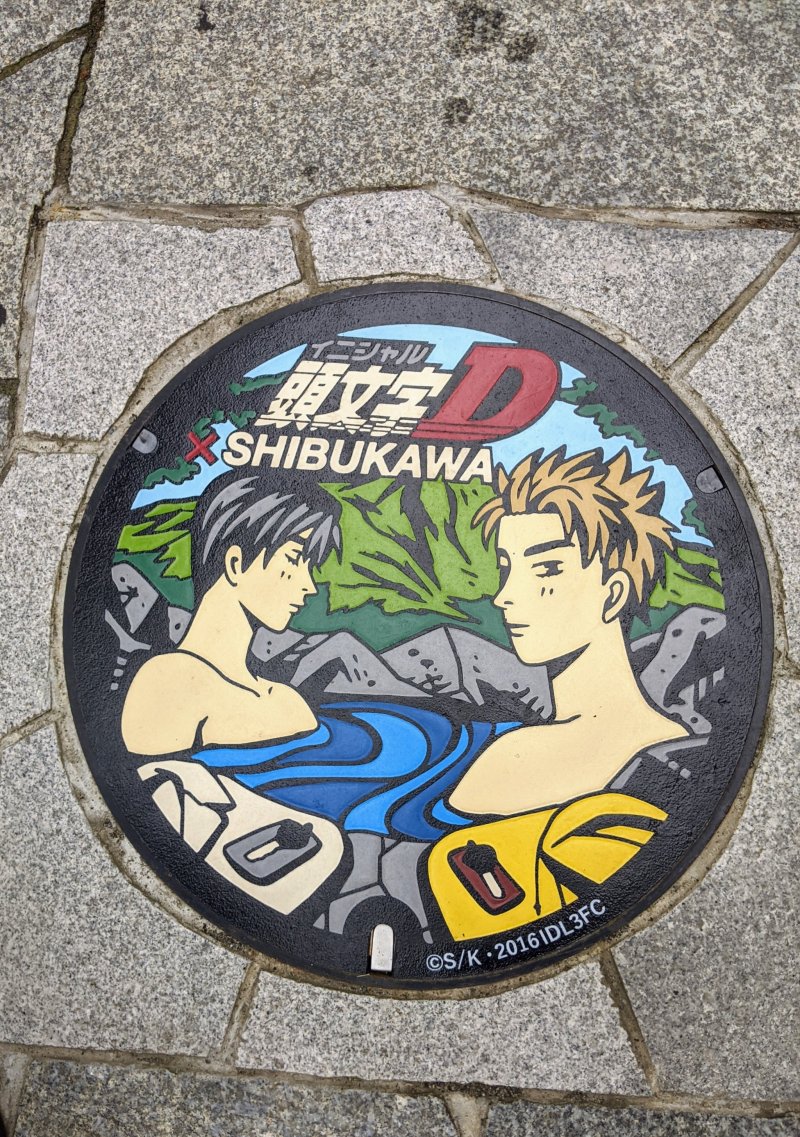 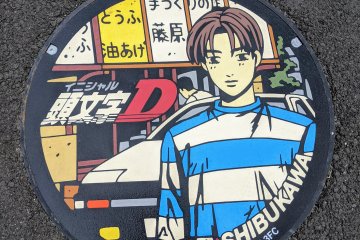 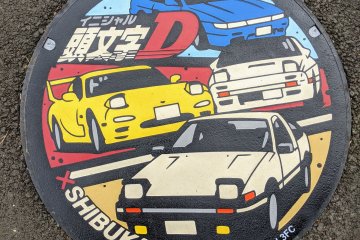 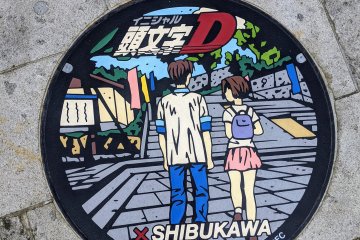 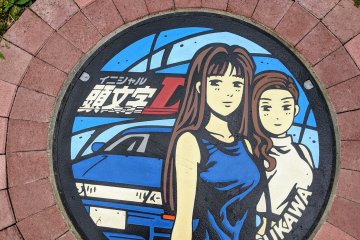 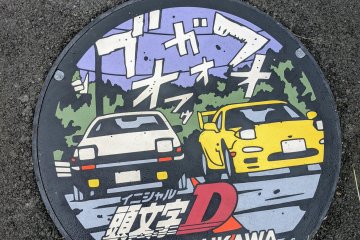 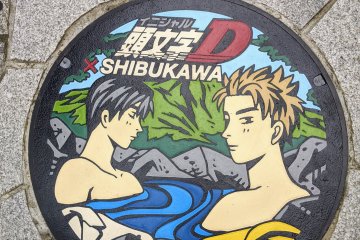 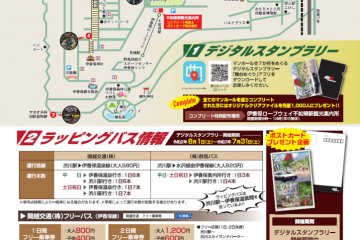 If you've ever wanted to dive into the world of Initial D - here's your chance. Ikaho Onsen is a small onsen town in Shibukawa City, Gunma. Ikaho is at the base of Mt. Haruna, and the two serve as the primary setting for Initial D. To celebrate the 25th anniversary of the anime, Shibukawa commissioned a set of seven manhole covers.

If this is sounding completely unfamiliar to you, that's okay. Here's a quick rundown of Initial D: It's a street racing anime that originally aired in 1998, and was based on a manga of the same name. It's focused around a student, Fujiwara Takumi, who works at a gas station with some friends. Street racing is a big deal to them, and there are professional street racing teams in the area that they dream of joining, Except, unbeknown to his friends, Takumi helps his dad deliver tofu from the family shop to the resort town on top of the nearby mountain (Mt. Haruna) everyday. He (with his dad's trusty Toyota Sprinter Trueno) is actually an extremely skilled racer, and spends the rest of the show being challenged by other racers and growing to be an even better driver himself.

The covers each feature characters and scenes from the anime. Five of the covers are within the main area of Ikaho Onsen, one is outside of Shibukawa Station, and one is on the road heading up Mt. Haruna. If you want to come and take a tour of the manhole covers, be sure to bring your walking shoes and a towel (always bring a towel!). Ikaho Onsen is centered around 365 stone steps, which you will need to climb to see all the covers. Luckily, you can stop to enjoy the foot bath or town onsen on the way up.

There is also a digital stamp rally running until July 31st, 2021. You can check in at the location of each manhole cover by using the 舞台めぐり app. You can also use the app to take pictures with Initial D characters and cars using AR stickers. Don't worry about not being able to find all the covers - their locations are marked once you join the app's Initial D mission. Check out the website for more information on the stamp rally, and more Initial D highlights around Shibukawa and Gunma (website is in Japanese). Once you've visited all the manhole covers, stop by the tourism center on the bottom floor of the Ikaho Ropeway station to get a reward. If you're still in the mood for more Initial D, visit the Ikaho Toy and Car Museum to see a recreation of the Fujiwara Tofu Shop. You can also pick up a set of collectible Initial D stamps at Gunma post offices.

The closest train station to Ikaho Onsen is the Shibukawa station, on the Agatsuma line. From there, you can take the Ikaho Line on the city bus. There is also a loop bus around Ikaho Onsen, with a day pass available to purchase.

Elementary school ALT in Gunma Prefecture. I enjoy collecting goshuin and kokeshi, photography, history, and onsen. Check out my blog at https://linkalearnsthings.com/ for posts about travel, food, and the occasional spot of cultural research.