Back in England I used to be in a band and loved going to local shows and finding new music I'd never heard before. This is not something I've managed to do so far in Japan. Funnily enough, it took a band from my hometown traveling to Japan to play a show just down the road from me in Fukuyama to rekindle my interest.

As I entered 5 cents Meijikan, if it wasn't for the loud, frenetic music blaring from the stage, I would have possibly thought I'd entered the wrong place. The venue almost looks like an exclusive lounge of a cruise ship with it's mahogany walls and over dressed barman. Your drink of choice is served to you by a man in a bow tie and waistcoat, a far cry from the spit and sawdust place I was expecting. I think the reality is that this live house doubles as a cocktail and shot bar and it seems standards are maintained even when they get the live band rabble in.

So, onto the music. Like any local show, the quality of band can be a bit of a lottery, but that is part of the fun. Two of the bands were a little heavy and loud for my liking, but they were technically very good. The third band were great, breezy pop punk that went down really well. Then onto the headline act, the band from my hometown, Protectors.

I'd seen them in England before and they were always excellent, but something here was a little different. The thing that compelled me to write this article and has rekindled my interest in seeking out local music again was the atmosphere in the venue. Whether this was a one off, a Fukuyama thing or if it's always like this I'm not sure, but I want to find out.

There was a distinct air of positivity in the air throughout. People were dancing, singing (I'm not sure if they knew the words but they were trying) and always smiling. The smiles on the faces of the audience were echoed in the faces of the band. It was the same, if to a slightly lesser extent during the support bands shows too, amazing.

Whether you like the bands or not is clearly the most important factor on whether you enjoy a live gig or not. When checking live listings it is very easy to listen to bands on the Internet before you go to a show and decide for yourself. However, giving the live lottery a go too has it's benefits too, the element of surprise. I found one new band I liked tonight and saw the best performance I'd seen from a band I already knew. Two out of four isn't bad if you ask me. 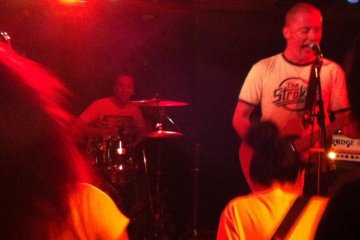 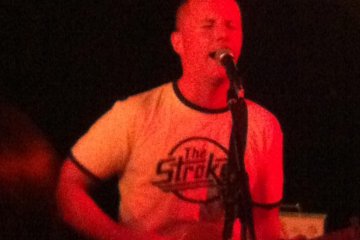 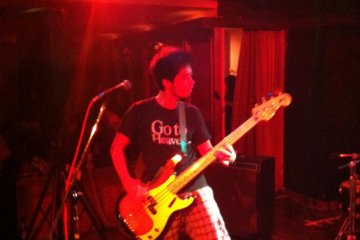 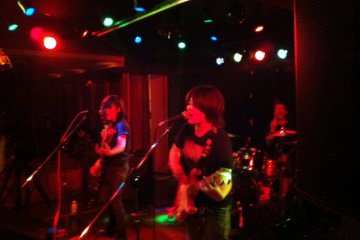