A very convenient location, next to Fukuyama Castle

Fukuyama is the second largest city in Hiroshima prefecture. It is located 84km East of Hiroshima City. Getting from one city to the other is really easy thanks to the Shinkansen train, which connects Hiroshima Station to Fukuyama Station is just under 15 minutes.

If there is something Fukuyama Station can brag about, it is its magnificent location, which is especially convenient for tourists. The city's main touristic spot, its impressive castle, lies just across the street. The castle, which was partly destroyed during the World War II and rebuilt years later, serves nowadays as a history museum. The surroundings of this castle put together a colossal park in which tourists will find an Art Museum, a History Museum and a large resting area with water fountains, benches and trees; all of this just a three minute walk from the train Station.

The Station itself belongs to the JR West railway company, which operates in the western area of Honshu island. It serves the Sanyo Main line, the Fukuen line and the high-speed Sanyo Sinkansen line. The latter connects the two largest cities in western Japan; Osaka and Fukuoka.

Fukuyama Station has eight platforms, distributed in the upper floor, and several facilities located in the main floor. Here are located the ticket gates, the ticket machines, an information center with several maps and pamphlets about the Hiroshima prefecture, toilets and a common waiting area for all the operating lines, outside the gates.

If you don't really enjoy just sitting until the train comes and it is too hot to take a walk in the park, you can also cool yourself down in the department store adjunct the station, in which you will find clothes, restaurants, accessories and some home supplies. The second floor hosts a large book and comic store in which you will find all kinds of authors and genres (in Japanese only). In fact, there is no need for you to spend any money; you can read a magazine or a manga book in one of the couches they have while the shinkansen makes its way to the station.

Fukuyama Station is, definitely, one of the best located train stations in western Japan, at least for touristic purposes. There is no need to take a bus to go sightseeing as happens in other close stations (for instance, Shin-Onomichi), because everything there is to see, it's a short walk from where the train drops you at. All of this make Fukuyama worthy of a one-day visit when staying in nearby cities like Hiroshima or, even, Osaka. 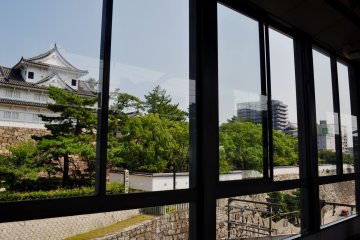 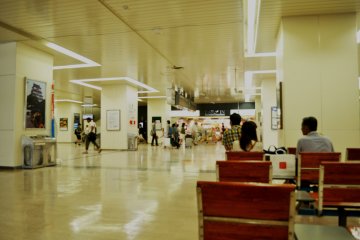 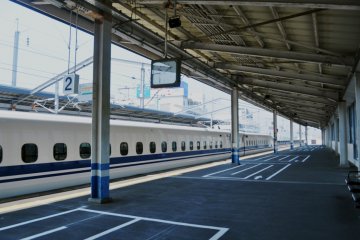 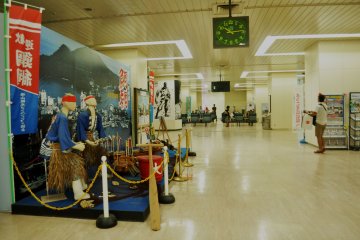 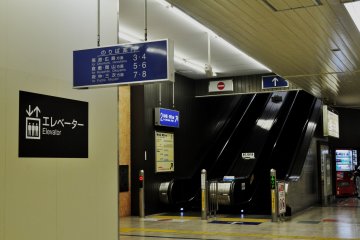 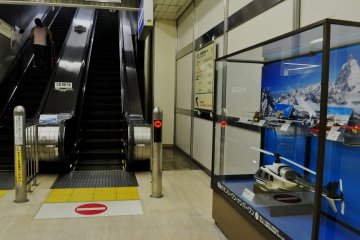 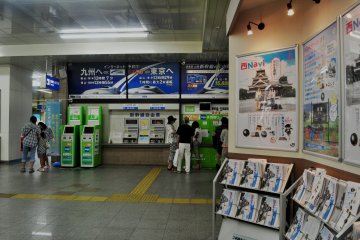 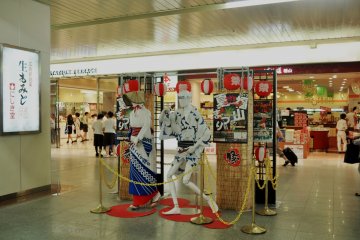 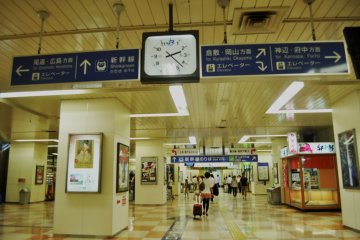 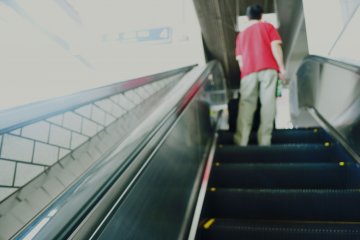