The rural edge of Fukuyama City, Hiroshima Prefecture, is home to the Holocaust Education Center which implores visitors to think about what they can do to create a peaceful world. It may be a surprise to discover that, even though there are fewer than 1,000 residents following the Jewish faith in Japan, there is a museum dedicated to teaching children about the Holocaust which happened in the 1930s and 40s in Europe. It has been estimated that during the holocaust more than six million Jewish people were killed.

In the first-floor auditorium a short video tells of the origins of the Center. Reverend Makoto Otsuka, pastor of a Fukuyama church, had a chance meeting with Otto Frank, father of diarist Anne Frank, during a 1971 visit to Israel with a choral group. They began a correspondence which lasted until Mr. Frank passed away in 1980. Mr. Frank’s wish for him and his choral group to spread awareness in Japan of the Holocaust, and to promote peace in the world, inspired Rev. Otsuka to open the Holocaust Education Center in his church in 1995. There were 80,000 visitors in the twelve years before the Center moved to its current building.

On the walls of the auditorium are paintings by Kyoto-based artist Shigeki Murata of items from the Holocaust such as the suitcases of Jewish people deported to concentration camps, and the striped uniforms they were forced to wear there. The first floor has a library of books, videos and DVDs about the Holocaust in several languages, as well as items which belonged to Chiune Sugihara, a Japanese diplomat who rescued more than 6,000 Jewish refugees by issuing travel visas to them. There is also a Children’s Room with materials aimed at youngsters and letters from previous visitors.

Photography is not permitted on the second floor, where all of the exhibits have bilingual placards. A reproduction of a wall from a Jewish ghetto is displayed along with five actual bricks, and other artifacts, from the ghetto. Visitors can view a replica of Anne Frank’s room in the Secret Annex in Amsterdam, where she hid from the Nazis for just over two years with seven other people including her parents and elder sister. Otto Frank’s relatives donated to the Center his typewriter which Anne had used in her room, as well as more than 100 items which had belonged to the family. A work of art on the second floor contains 1.5 million tiny beads in transparent tubes, a symbol of the children whose lives were taken during the Holocaust.

A window features stained-glass butterflies next to an inscription of the famous poem “Butterfly” by Pavel Friedman, who died at Auschwitz. The shoe of an unknown child who was killed in a gas chamber is the focal point in the Remembrance Room, where visitors can pause for silent reflection. Outside on the Garden Terrace, roses named for Anne Frank surround a bronze statue of her. In January 2011, a sapling from the horse chestnut tree that stood outside the Secret Annex was planted in front of the Center.

It takes less than an hour to view all the exhibits in the Holocaust Education Center. Despite the sobering subject matter, visitors can appreciate Otto Frank’s message, “Please be a person to do something to create peace.” 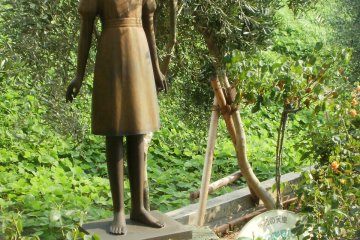 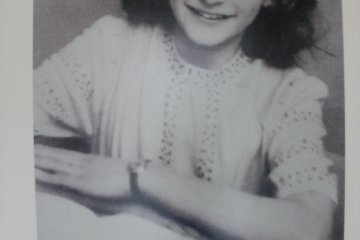 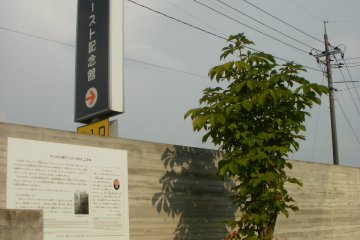 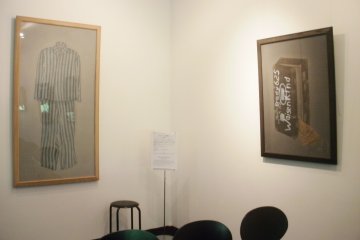 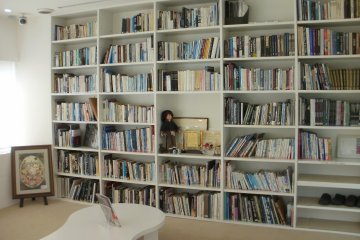 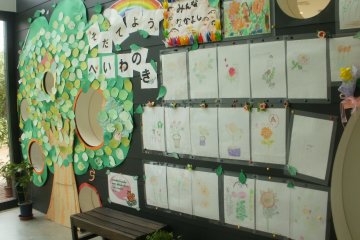 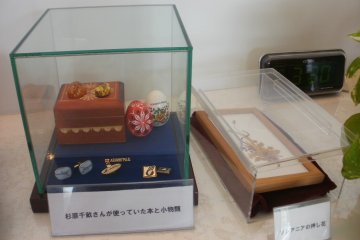 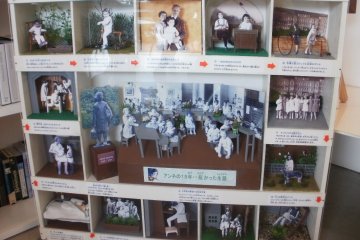 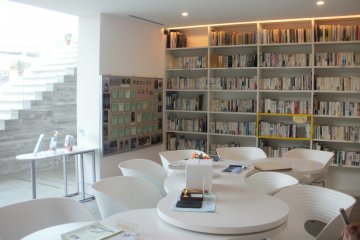 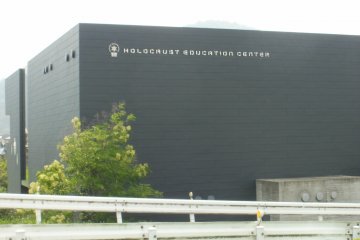