Traditional dance at one of Japan's most iconic sites 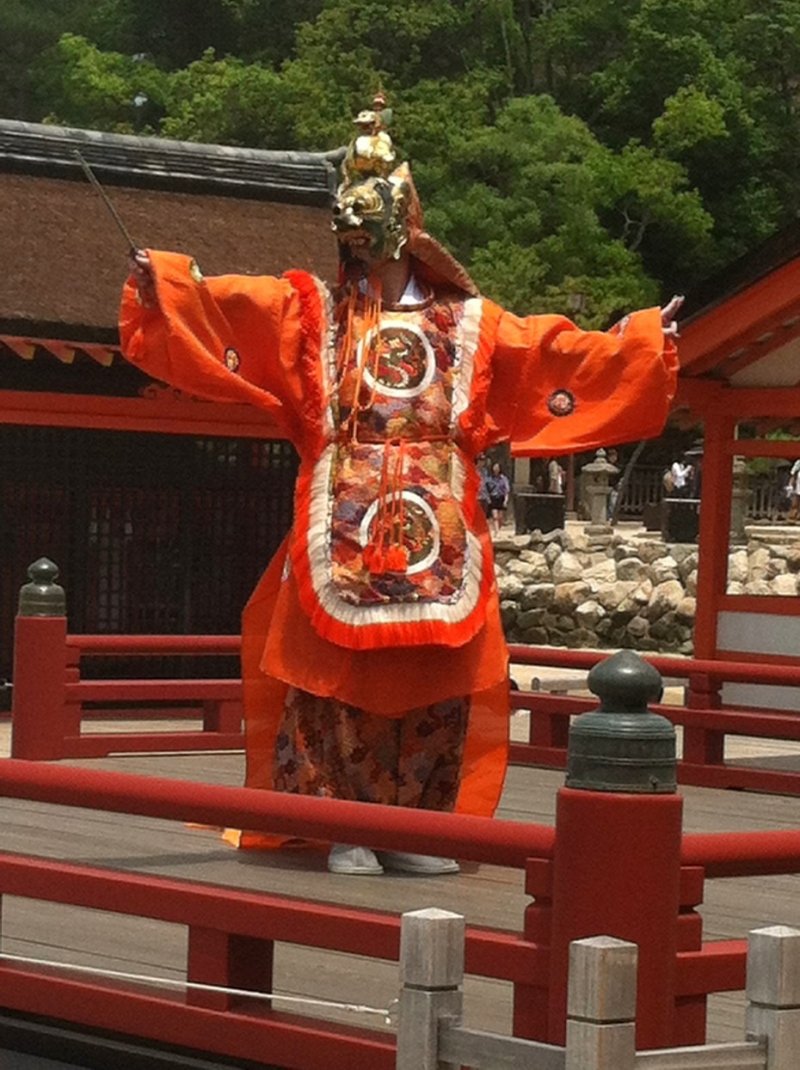 Ryo-o, the Dragon King, demonstrates his prowess in battle 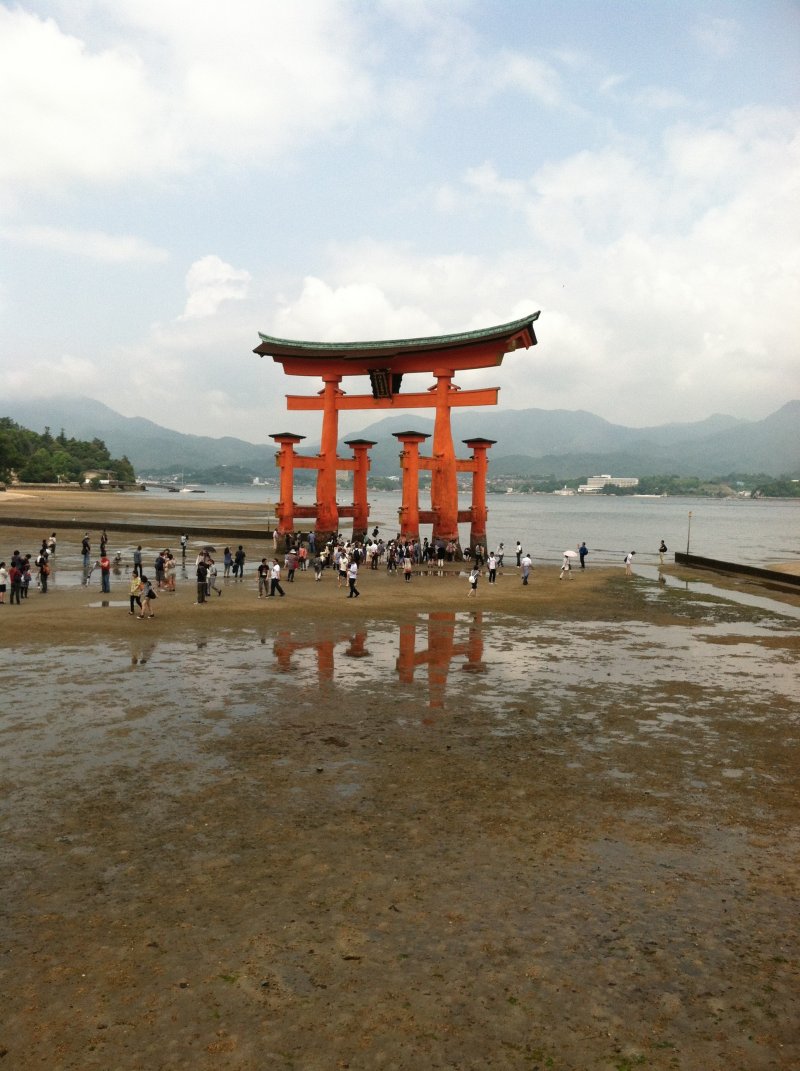 Miyajima's famous torii is visible behind the stage 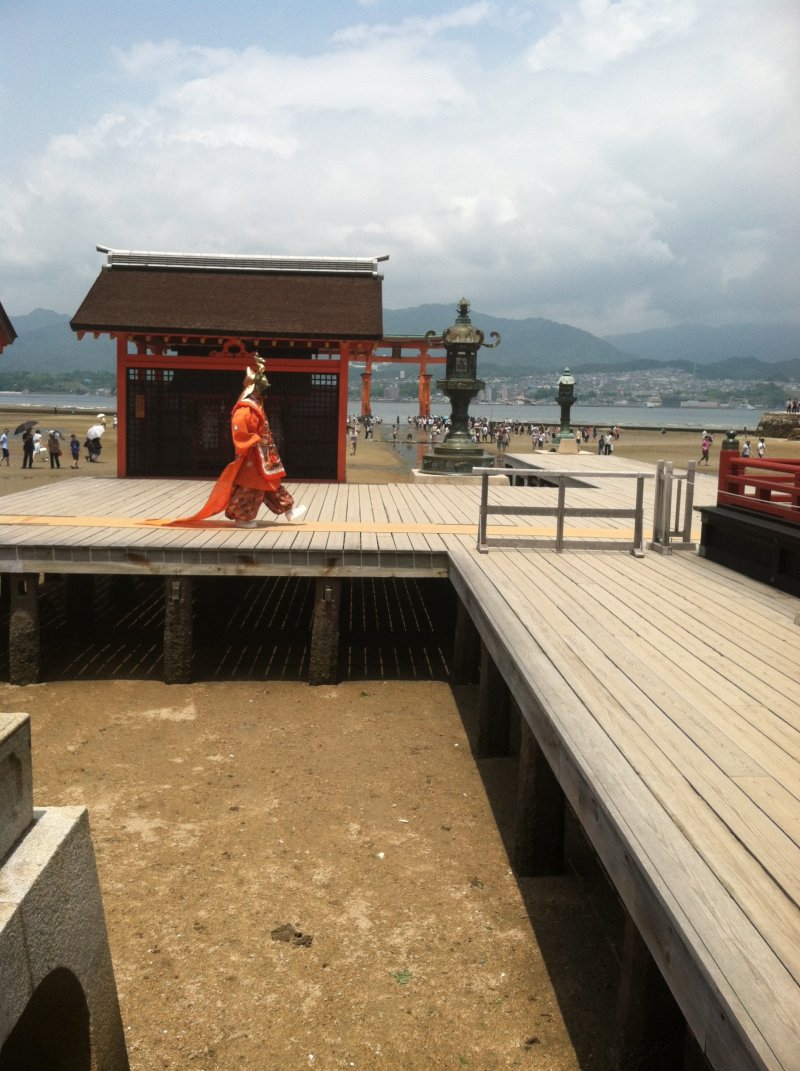 The actor takes practiced steps to the main stage 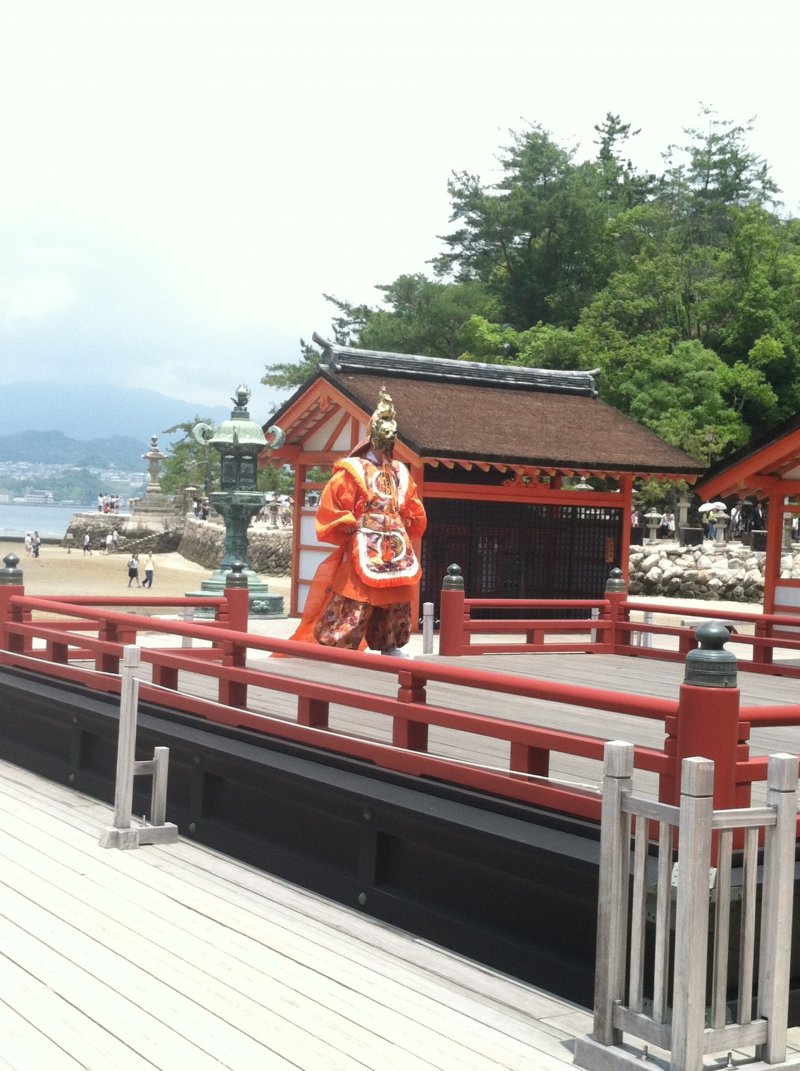 Bugaku is often performed at marriage ceremonies at Itsukushima Shrine 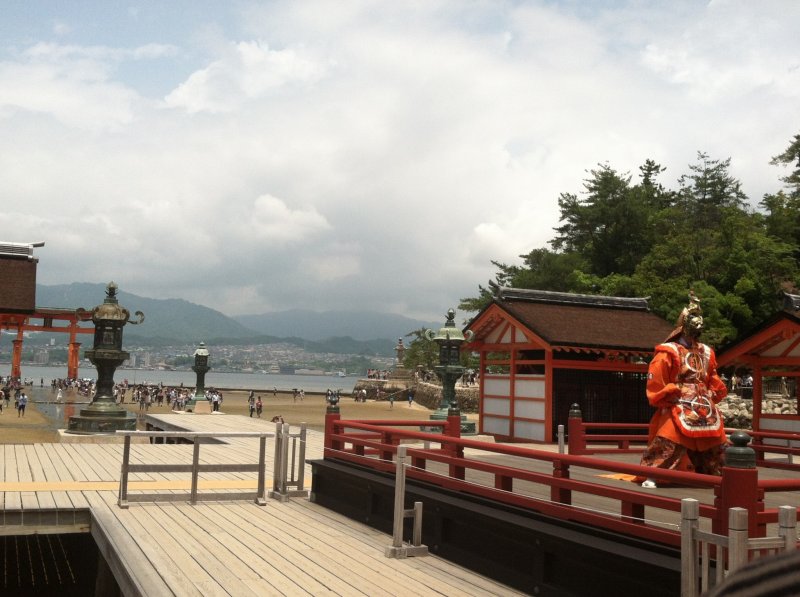 Stormy skies add to the drama of the show 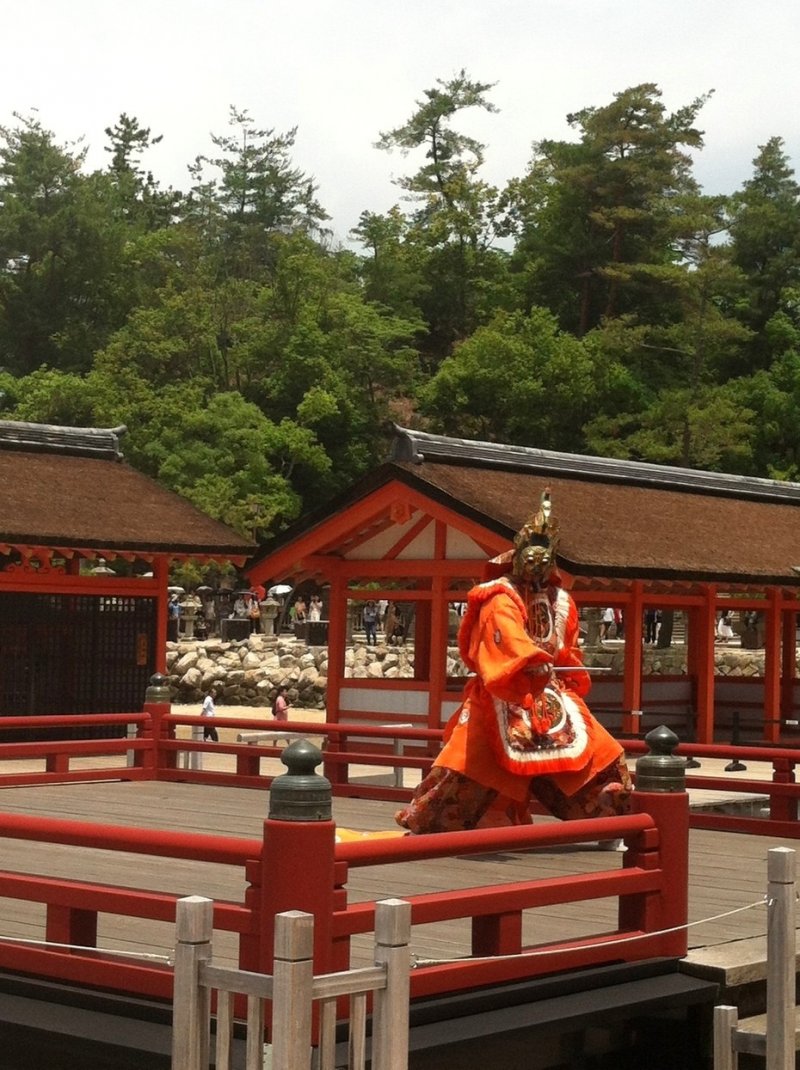 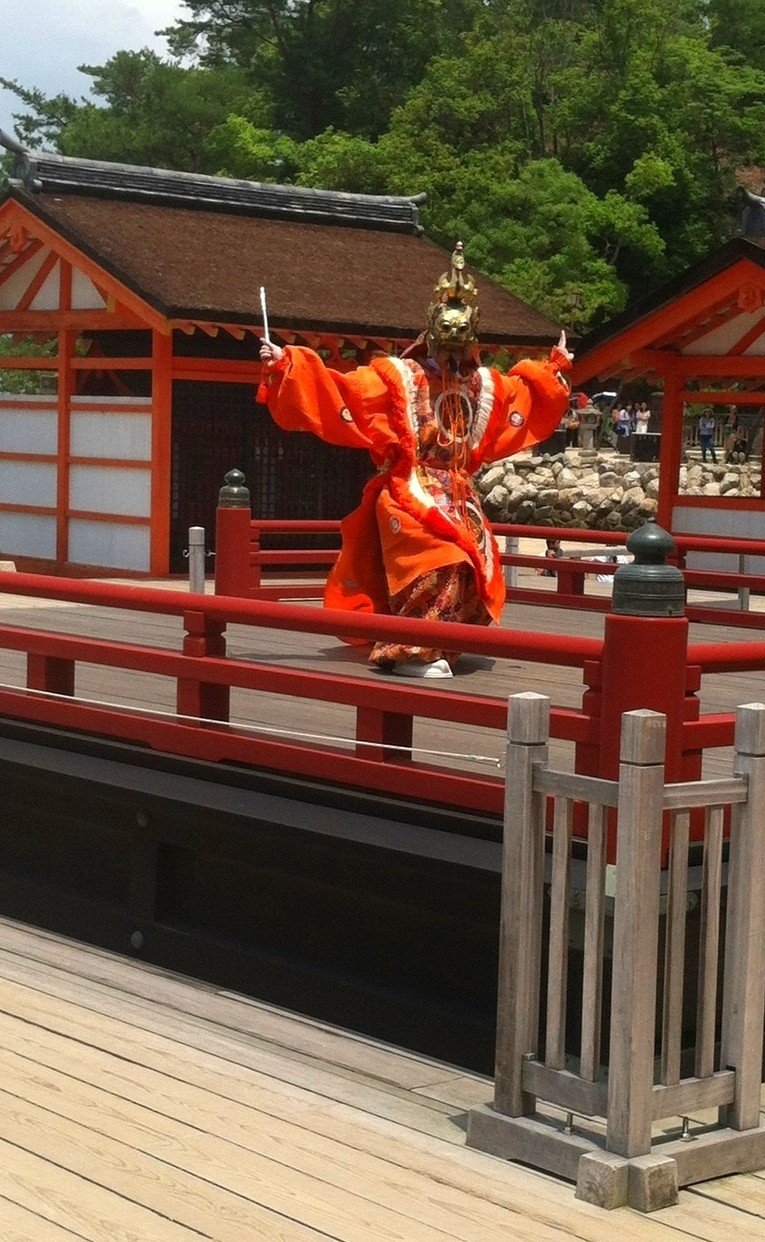 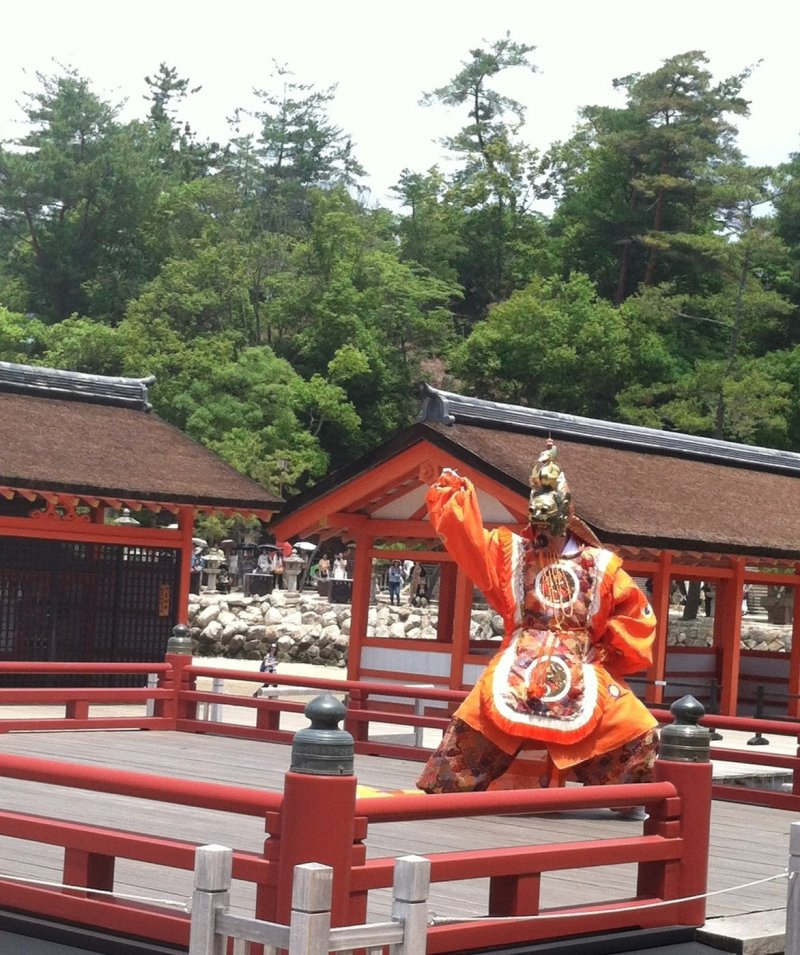 The actor makes use of the entire stage 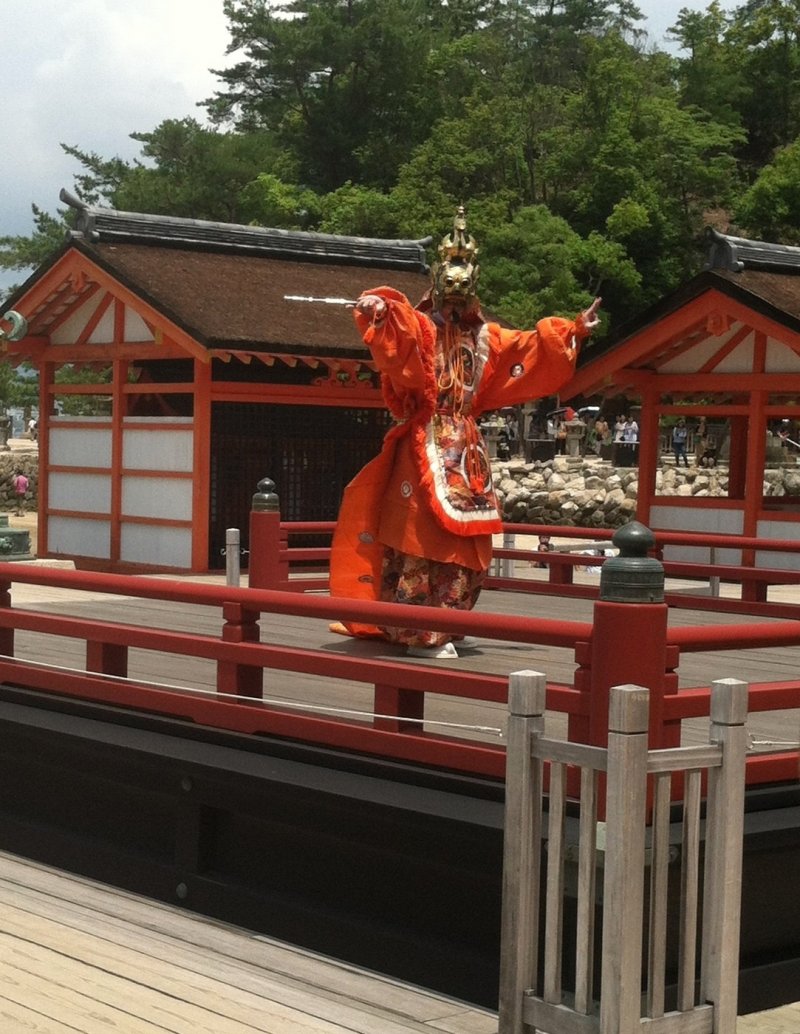 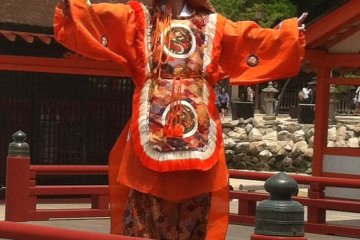 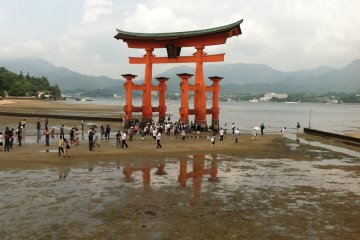 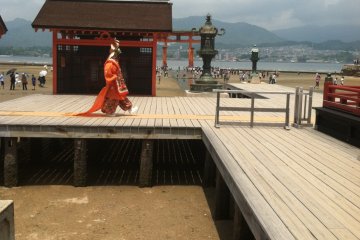 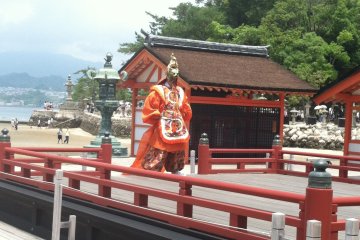 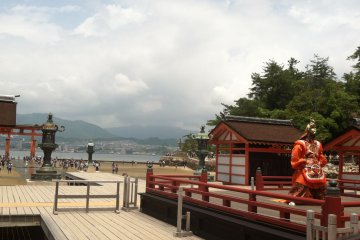 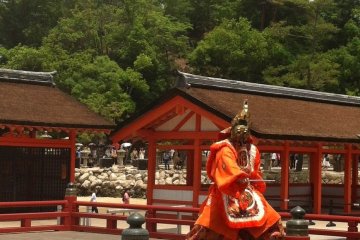 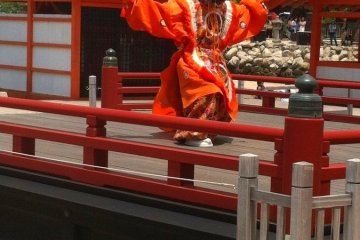 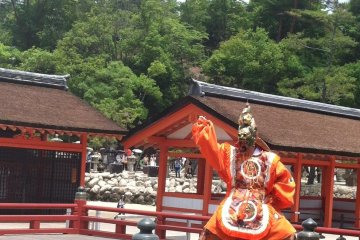 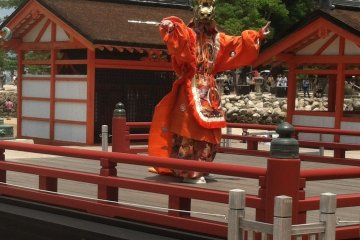 Beginning in June 2019, the large torii gate of Itsukushima will be covered for renovations until sometime in 2020.

Itsukushima Shrine is considered one of the most beautiful sights in Japan, and bugaku, one of a kind traditional Japanese music and dance, can add to its allure. Bugaku isn't common, even on Miyajima, so those who happen to be there on the day of a performance are lucky.

In this particular performance, an actor in traditional orange garb demonstrates the tale of the Ryo-o, the Dragon King. It is said that Ryo-o was so handsome that his enemies were distracted by his beauty. In order to be taken seriously, Ryo-o had to wear a fearsome dragon mask into battle.

This dance is accompanied by slow drums and high-pitched, almost discordant woodwind instruments.