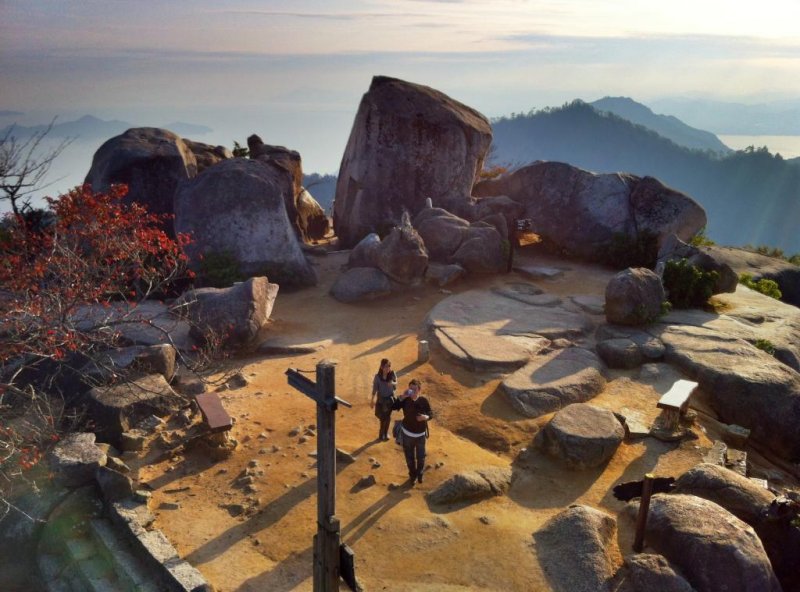 The boulders on top of this mountain make Miyajima holy

The view from the top of Mt. Misen on Miyajima Island is sublime 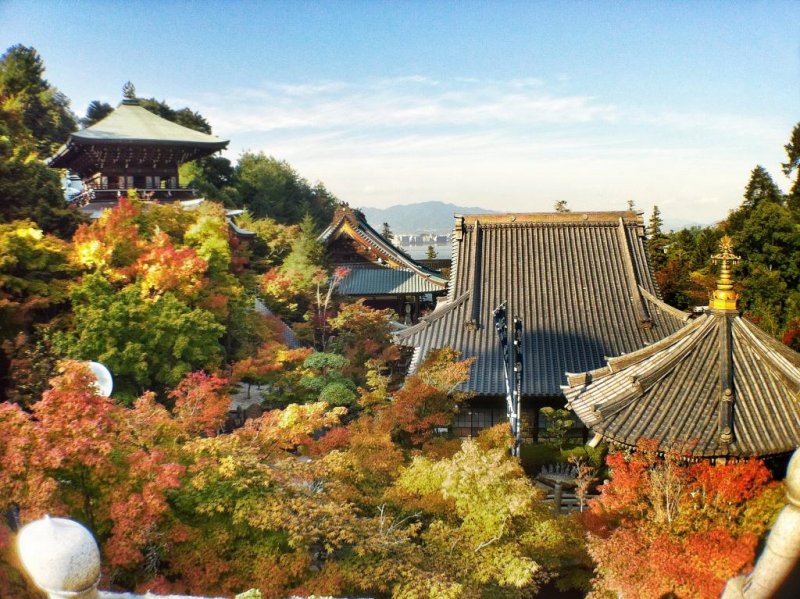 One route up Mt. Misen starts at the dramatic Daisho-in Temple

The path is steep all the way up, but well paved with steps 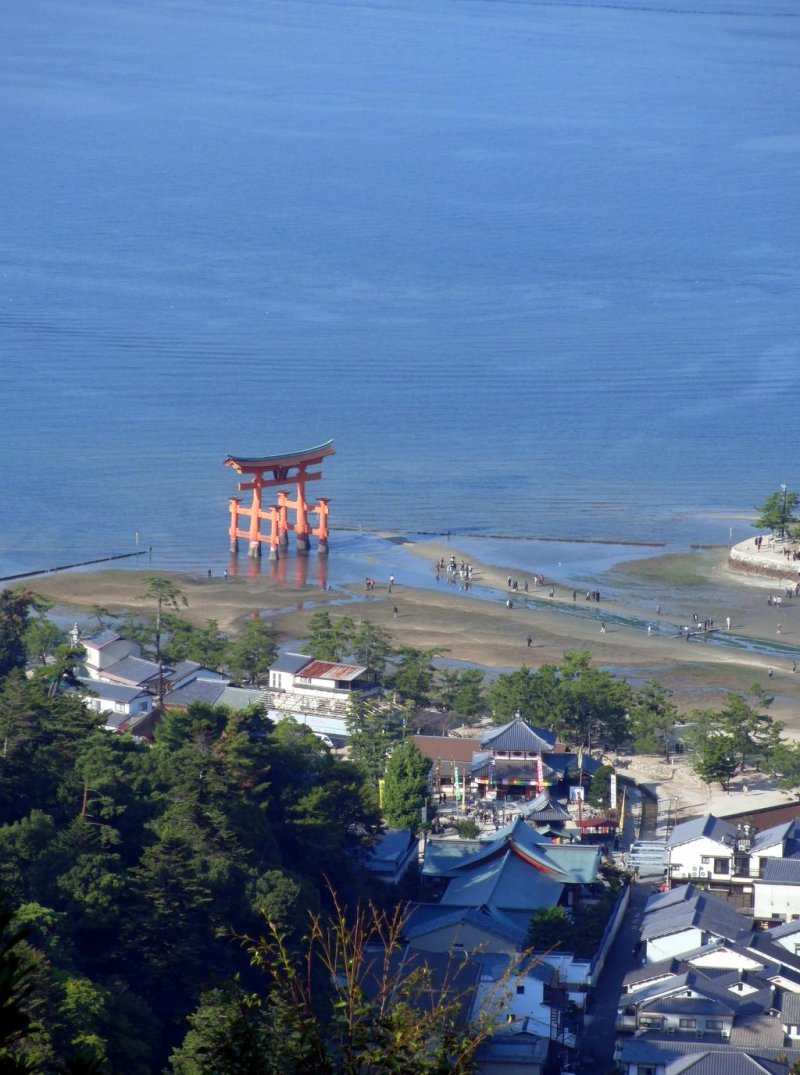 There are fine views of Itsukushima Shrine and its famous torii 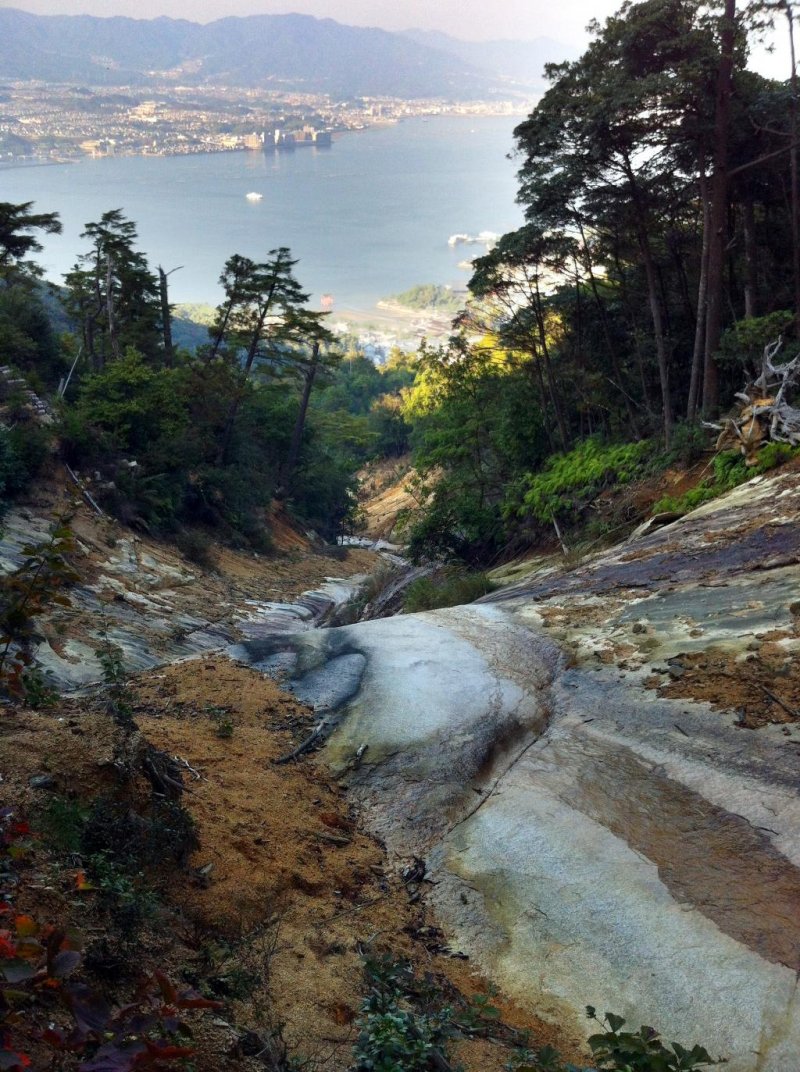 The path follows a big ravine with a little stream 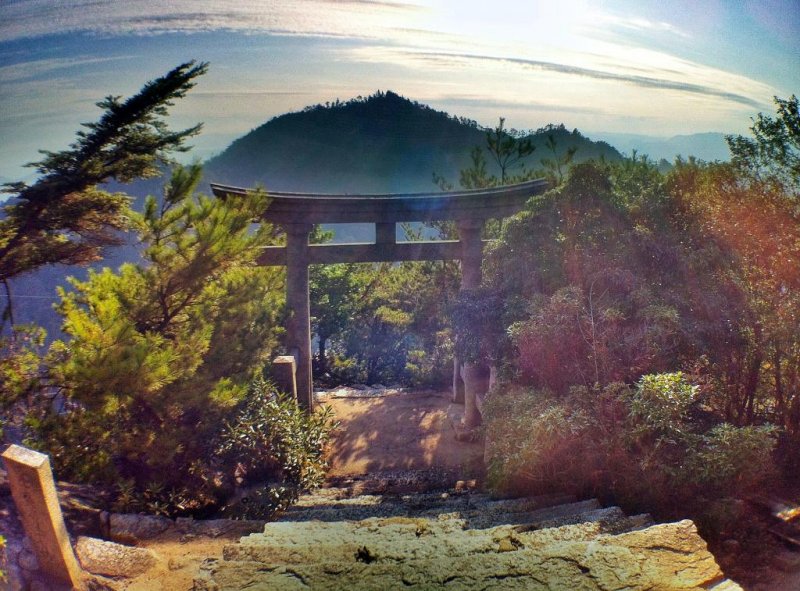 There are a number of temples and shrines near the top 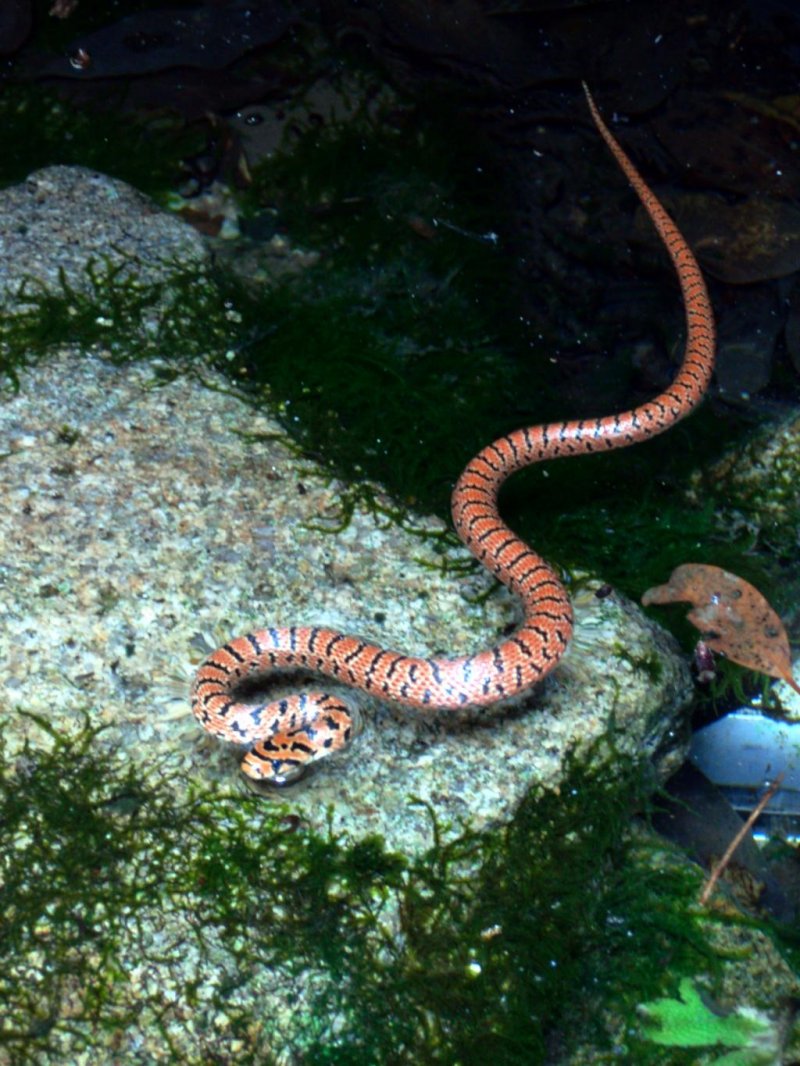 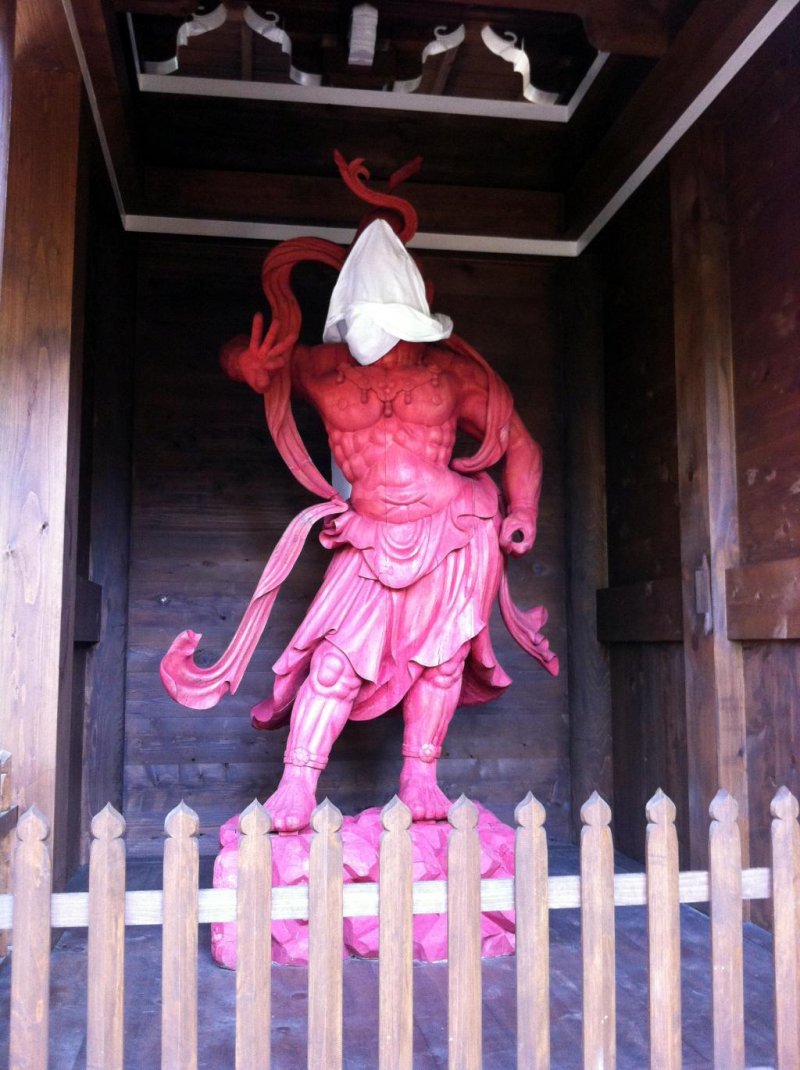 Why did this temple guardian have his face covered? I have no idea 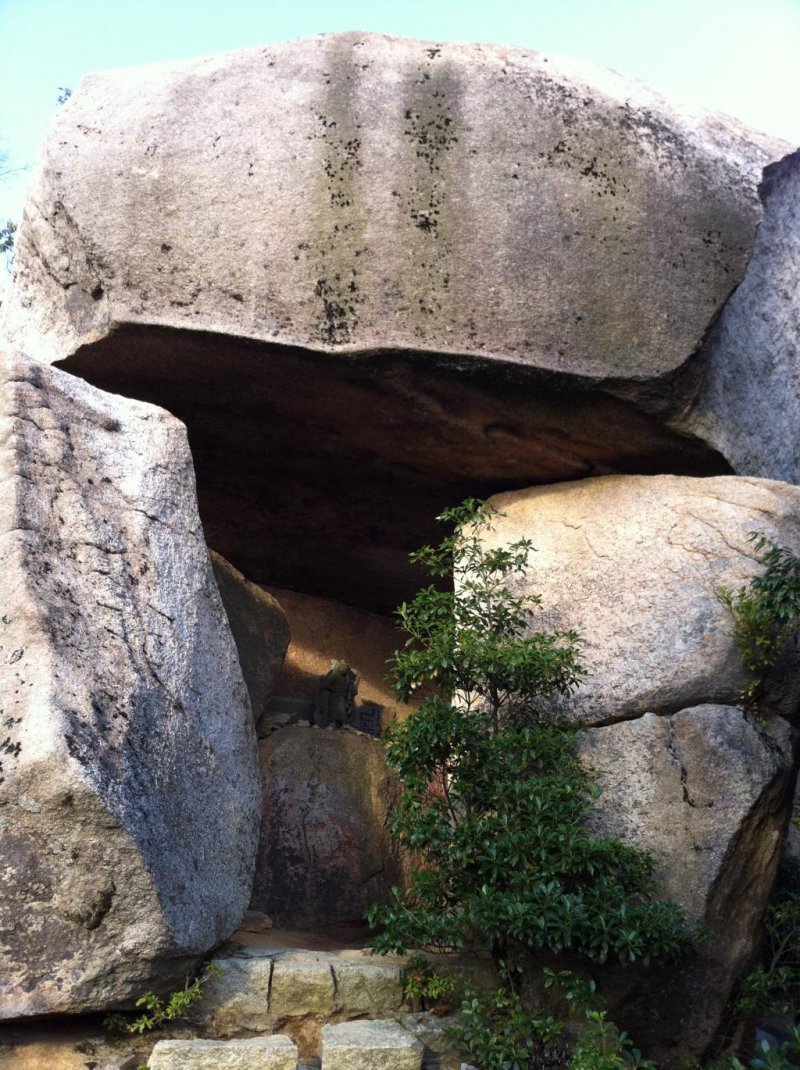 The boulders on top of Mt. Misen made Miyajima a holy island 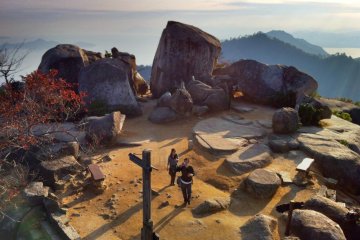 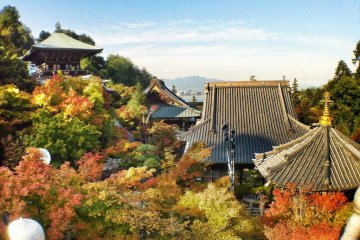 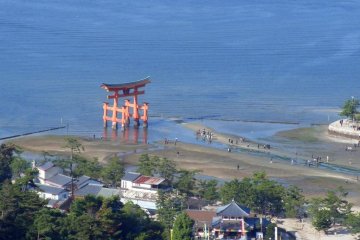 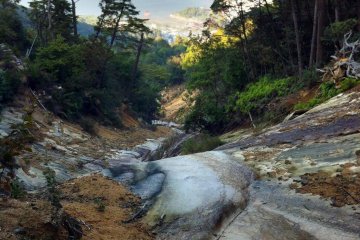 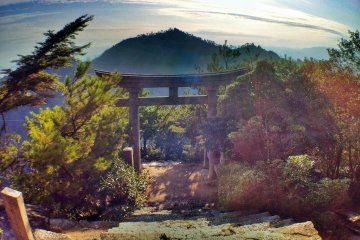 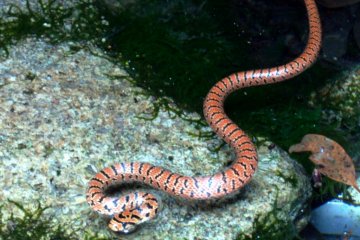 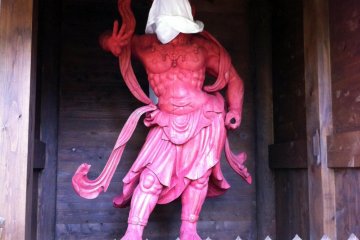 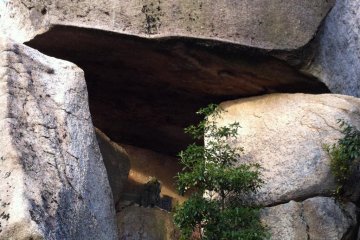 Mount Misen is the highest mountain on Miyajima Island at 535 m. Miyajima became holy because, unlike the other islands in the area, it has huge boulders on it at the top of Mt. Misen, and the Shinto religion reveres striking natural features. There are two main routes up the mountain, the Daisho-In route and the Momijidani park route. I would recommend going up one and coming down the other to be able to take in all the sights.