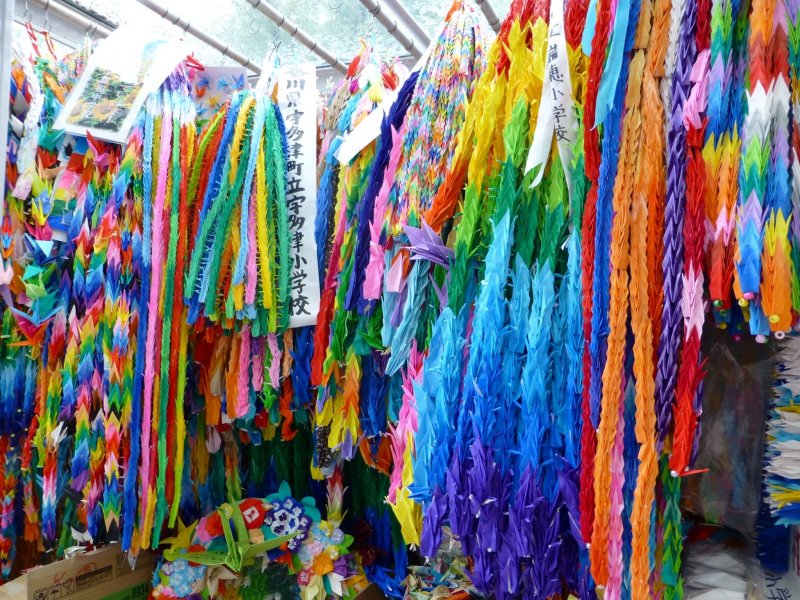 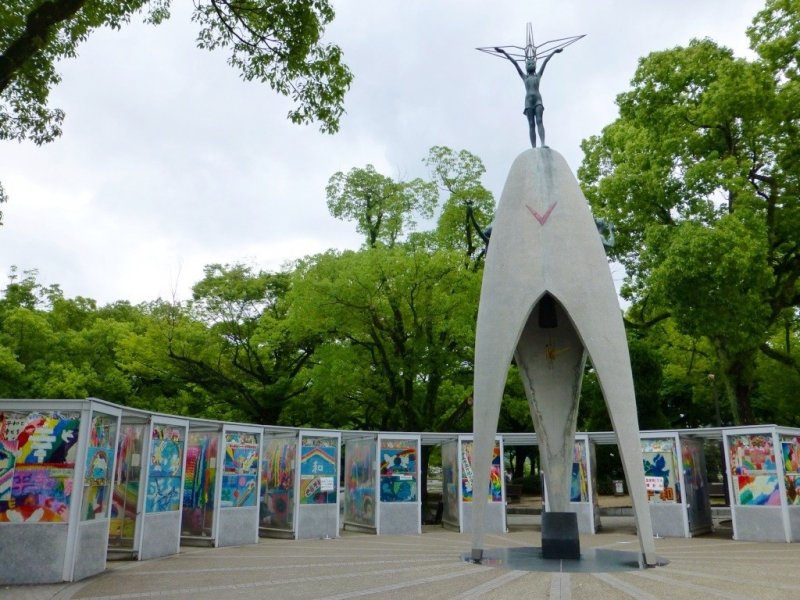 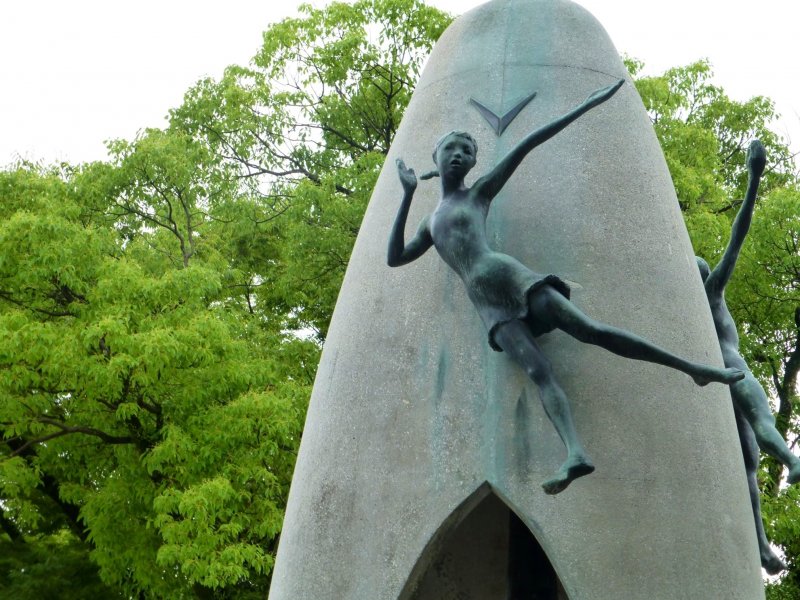 Statues of children rest atop the monument 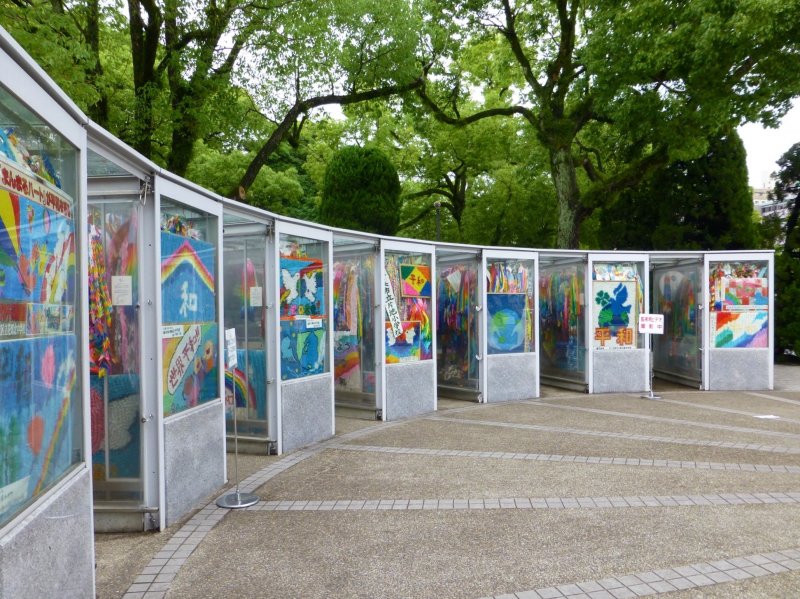 There are nine 'booths' surrounding the statue, each one housing thousands of paper cranes 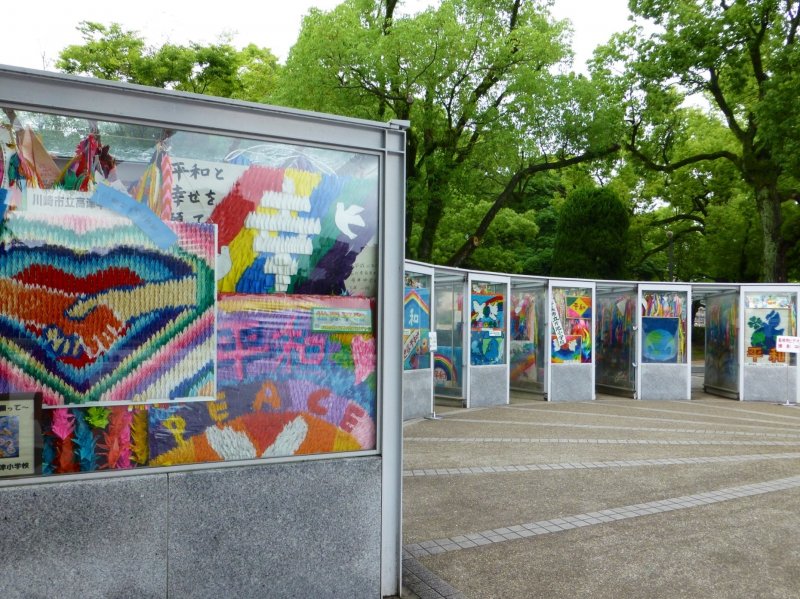 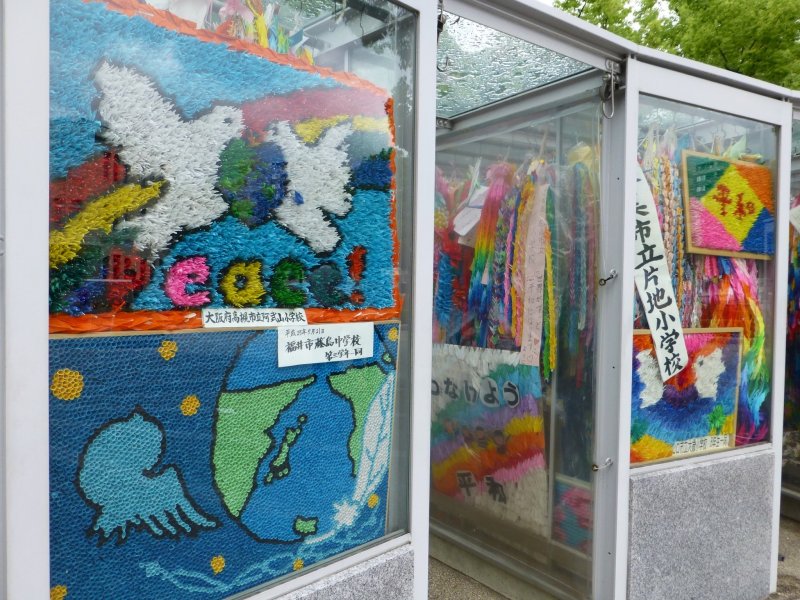 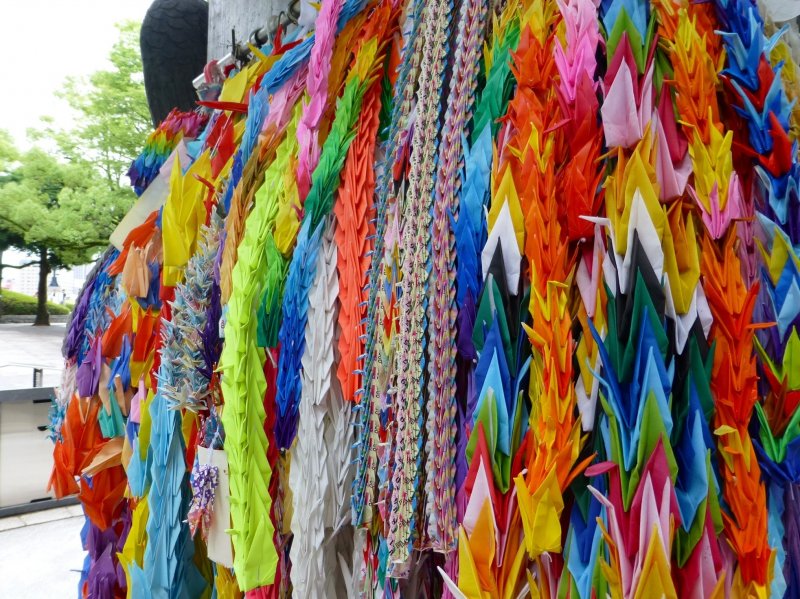 Strings of paper cranes hang from the monument 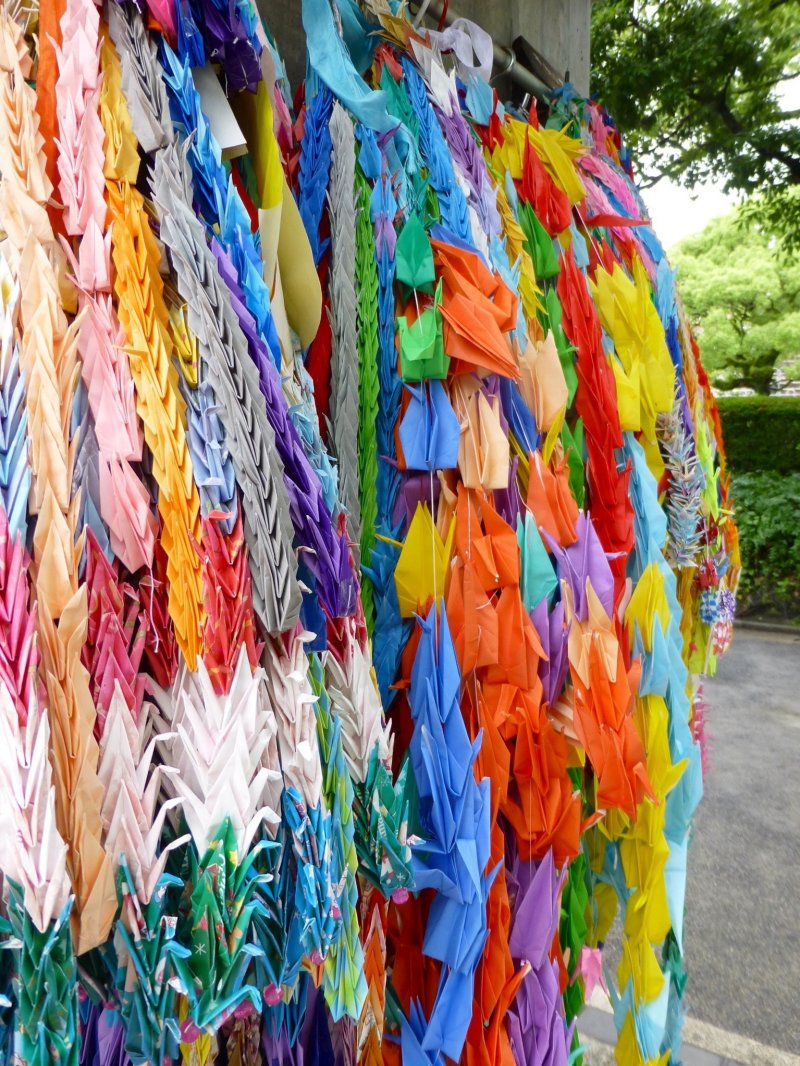 Children from all around Japan, and the world, come to Hiroshima's Peace Park to offer cranes they have made 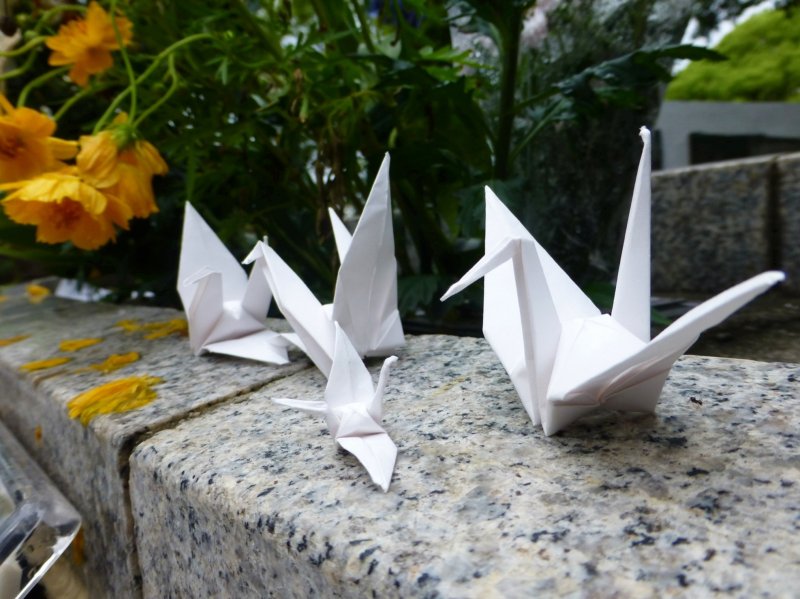 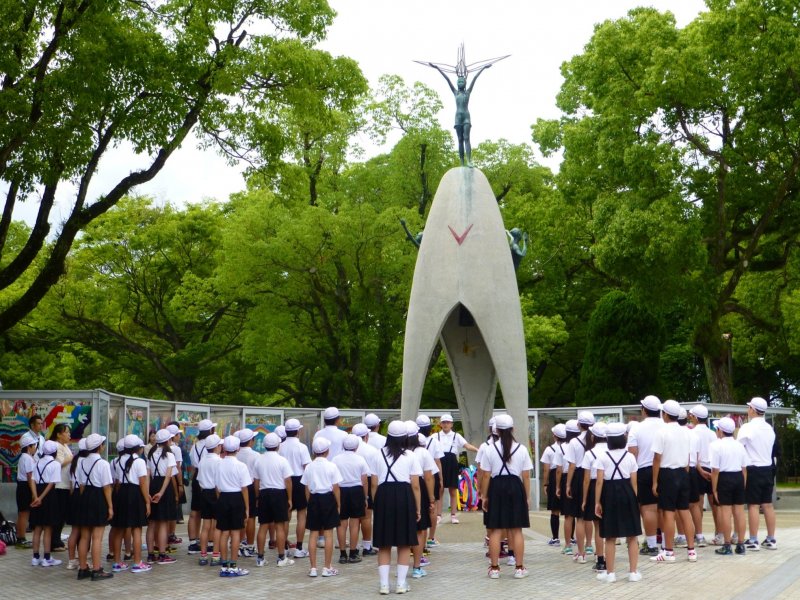 Children gather to sing a song of peace before the monument 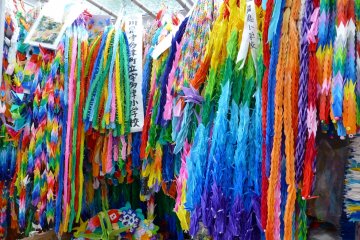 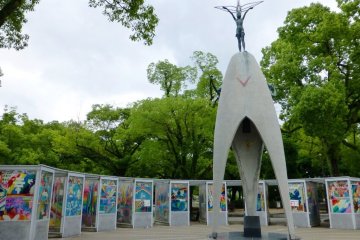 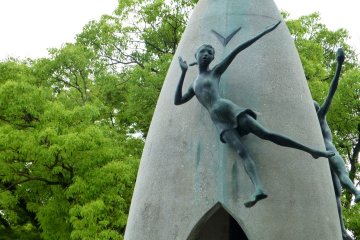 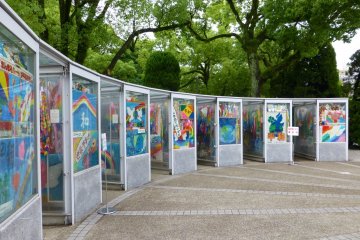 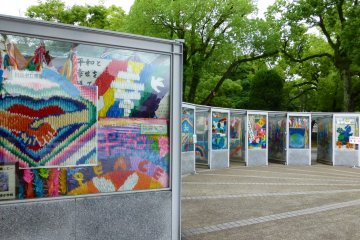 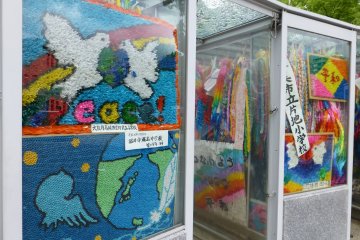 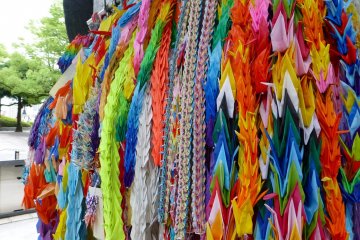 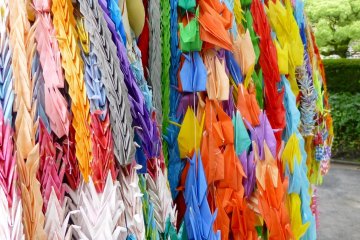 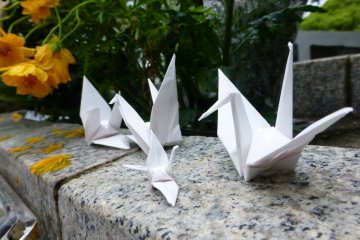 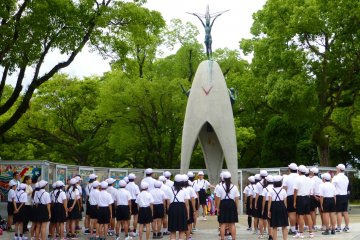 The Children's Peace Monument in Hiroshima's Peace Park brims with color and joy. It is home to thousands of paper cranes which have been folded and sent by children from all over the world. Origami cranes have long been a symbol of peace in Japan, an idea made famous by Sadako Sasaki's quest to fold 1000 paper cranes in the hope of curing her illness. The Children's Peace Monument, built in 1958, was inspired by Sadako's story and in memory of all the children that died following the atomic bomb which was dropped on Hiroshima in 1945. Along with being a place of remembrance and reflection, the monument is also a space of optimism. The thousands of colorful cranes and messages of peace which are on display exude a positive energy which is bound to leave you smiling and feeling hopeful for the future.