Guide to the Peace Memorial Park

A testament to the victims of the first atomic bomb

The area that is now Peace Memorial Park was once known as Nakajima-cho, a bustling hub in Hiroshima with businesses, entertainment and homes. Today is stands as a testament to the victims of the atomic bomb, as well as reminder of the suffering the people of Hiroshima endured because of war.

On Aug. 6, 1945, at 8:15 a.m., the United States of America dropped the first atomic bomb ever used in history on Hiroshima, over what is now Peace Memorial Park. It's estimated that at the time of the bombing, Nakajima-cho was home to 6,500 people. Now it is the home to dozens of memorials dedicated to telling the story of Hiroshima and promoting peace.

The park was completed in April of 1954 thanks to the Hiroshima Peace Memorial City Construction Law dedicated to spreading the message of peace. The park covers about 122,100 square meters near Aioi Bridge, the t-shaped bridge that was the target for the bomb. To this day you can cross the bridge to get to the A-bomb Dome, which is just outside of the park.

Near the center of the park is the Hiroshima Peace Memorial Museum, which tells the story of what happened on the day the bomb was dropped. However, just as the museum details this important piece of history, the park itself and its many monuments also convey the story of the atomic bomb and the people who experienced the event.

Among the most visited memorials at Peace Memorial Park are the Cenotaph for the A-bomb Victims, the Children's Peace Monument and the Monument in Memory of the Korean Victims of the A-bomb. The cenotaph is shaped like an ancient Japanese house in hopes that it will provide shelter to those who lost their lives in the atomic bomb. A chest inside the cenotaph holds the names of the victims who died in and after the bombing. Every year on Aug. 6, the chest is opened to add more names to the registry. As of Aug. 6, 2014, the registry has 292,325 names listed. The words inscribed on the monument say, "Let all the souls here rest in peace, for we shall not repeat the evil."

The cenotaph is surrounded by a pond, known as the Pond of Peace. After the bombing, victims begged for water. At that time, giving water to the injured was thought to be deadly to them. The Pond of Peace was created with the desire to quench the thirst of all those who died in the bombing.

The Children's Peace Monument was opened to the public on May 5, 1958 (children's day in Japan) after the sudden passing of Sadako Sasaki, a 12-year-old girl who was exposed to the bomb at the age of 2. Ten years after the bombing, Sadako was diagnosed with leukemia. Believing in the myth that folding 1,000 paper cranes would grant a wish, Sadako folded cranes even at her sickest with the hope to live. Although Sadako made more than 1,000 cranes, she still passed away just six months after her diagnosis.

After her death, friends and students from Sadako's school made a national campaign to build a monument in honor of Sadako and all the other child victims of the atomic bomb. The statue is of a girl, presumably Sadako, standing on a pedestal holding a folded crane high above her head. Suspended on the pedestal are two other figures of children symbolizing hope. The monument is surrounded by glass cases filled with thousands upon thousands of paper cranes folded by those all around the world who were touched by Sadako's story.

The Monument in Memory of the Korean Victims of the A-bomb is a reminder that it was not just Japanese citizens who suffered the bombing of Hiroshima. Thousands of Koreans were in Hiroshima at the time, most of them forced laborers. The monument is of a turtle, a sacred symbol in Korean mythology. It faces in the direction of Korea, carrying the souls of the victims to their homeland on its back.

Other important monuments at Peace Memorial Park are the Atomic Bomb Memorial Mound, a mound with the ashes of 70,000 unknown victims, Chinese parasol trees that were damaged by the bomb and the Peace Bell.

Every year on Aug. 6, the Peace Memorial Ceremony is held at the park to honor the dead and to make a pledge of peace. The mayor of Hiroshima reads his declaration of peace and vows to work towards the abolition of nulcear weapons. At 8:15 a.m. there is a moment of silence along with the ringing of the peace bell.

While Peace Memorial Park serves to remember the victims of the atomic bomb, it is also a place to celebrate the city and the people of Hiroshima itself. Throughout the year, dozens of events and festivals are held at the park, the biggest and most well known being the Hiroshima Flower Festival.

Peace Memorial Park is a place of remembrance, perseverance and the hope for a peaceful tomorrow. 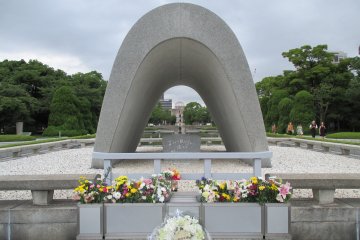 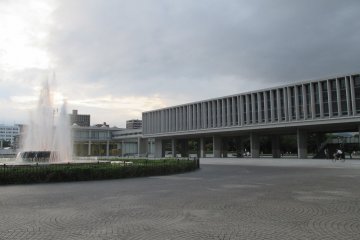 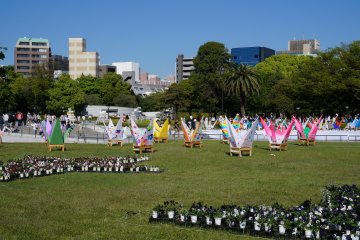 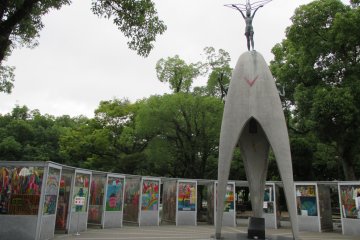 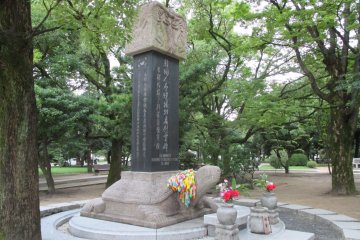 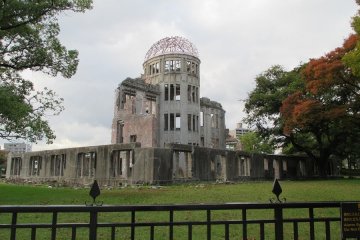 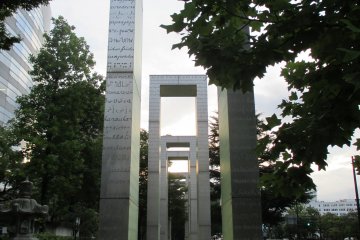 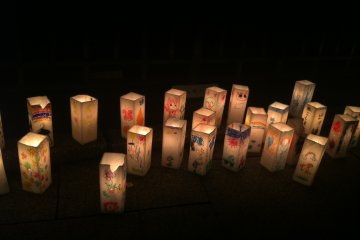