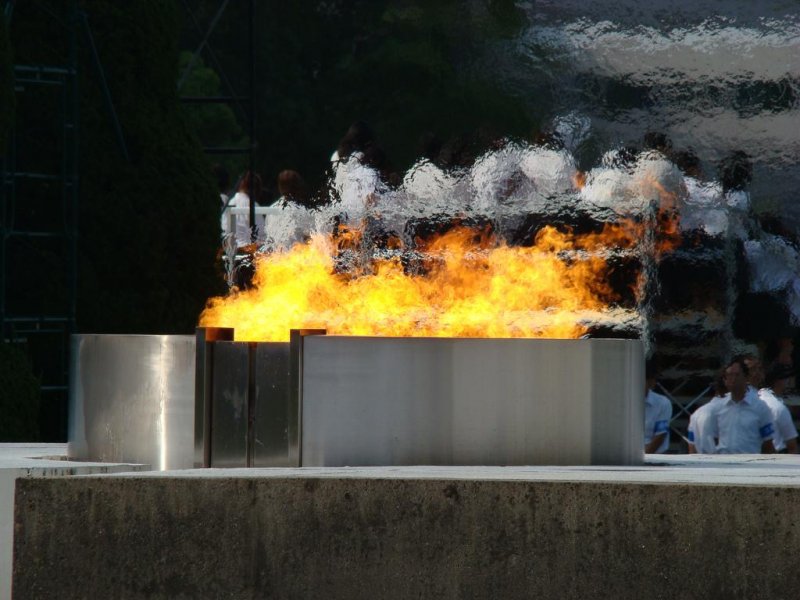 Annual events and activities in Peace Park on August 6

August 6th is a significant day for anyone in Hiroshima. Although most businesses run as usual, school children are called into school for "peace education" and many locals and tourists gather in the central Peace Park to reflect on lives loss and hope for a peaceful future.

At the Peace Park, the main memorial is held in the morning and the lantern floating ceremony starts once it gets dark.

The Peace Memorial Ceremony starts at 8:15am each year in memory of the victims of the atomic bomb, which was dropped above Hiroshima at that time on August 6, 1945. At the start of the ceremony, the park's Peace Bell is rung and sirens sound across the city. Despite the park being completely packed with people, everyone stands perfectly still to observe a minute's silence, allowing you to really feel the power of this moment.

On this occasion, there are usually a few political speeches and testimony by those who lived through the event as well as those who lost loved ones. There are also short speeches by children growing up in Hiroshima about their hopes for a peaceful future. The ceremony also includes a release of 1,000 doves (after the Mayor's Speech) and the end of the ceremony is marked by a 450 member chorus and wind ensemble performing the "Hiroshima Peace Song".

The Mayor of Hiroshima, usually makes an appeal for the abolition of nuclear weapons and the achievement of everlasting world peace. The Japanese Prime Minister will also attend, as well as the Secretary General of the United Nations. The ceremony is usually broadcast on television stations throughout Japan and appears on news programs worldwide.

A great number of residents of all ages gather for the ceremony from around 7am. The stage for the speeches is set up in front of the main memorial monument steps with the eternal flame as a backdrop. This area is easily accessed from the main Heiwa-Odori (Peace Boulevard), many people stand under the Peace Memorial Park Museum, or in the shady areas around the park as there are many satellite televisions set up in different areas for people to watch the proceedings. Most attendees stand or sit and listen in silence during the speeches, many dressed in handmade anti-war or pro-peace t-shirts. There are also many people holding origami cranes as they are Hiroshima's symbol of peace, you will find them hung near many of the memorial statues in the park. 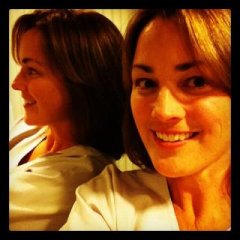 You might expect to feel out of place during this somber ceremony, but actually we have been many times and have only felt completely welcomed.

There is an area at the back of the crowd, under the memorial museum where volunteers hand out free chilled towels and water to people at the ceremony.

There are many people taking pictures of the event, but it's polite to ask if you can take a picture of attendees, especially children. Even without Japanese, you could point to camera and ask "Okay?" and that will get the message across.

When we have been to the ceremony with our children, it is really touching how kind attendees will walk up to you and offer cranes, fans or other things they have that your kids may like. It is not traumatic for kids to be a part of, the whole event is quite positive.

After the ceremony, there is usually a stir in the crowd as groups form to do peaceful protests through the streets. In 2011, there was a large protest parade down the main covered malls and along the streets to the Hiroshima city hall against nuclear power as well as nuclear weapons. There was also a right-wing protest parade. A good position to watch the parades from the St.Marc cafe (with outdoor seating) a few blocks from the park in the covered mall.

In the evening, there is a lantern festival where over 10,000 lanterns are put into the water next to the A-bomb memorial and across the river from the steps in front of the information center. The evening activities are less formal, there are no long speeches, but it is a very powerful experience. As the light from the dome shines down on the water lit by the many colorful lanterns floating downstream. There are also candles decorated by children lit and displayed all the way around the Atomic Bomb Memorial Dome. You can decorate a candle if you would like for a small donation near the A-bomb Dome.