The pathway on the island climbs up the mountain to the Mount Misen Ropeway. The cable car on the first section climbs steeply above the bay with glorious views back to the mainland as far as Hiroshima. At the interchange station, two engineers are fixing one of only two cars running up to the summit. It does not bode well, but nevertheless, ten of us take the operational car to the top. This section has wonderful views of the other side of Miyajima. The islands of the Inland Sea jut out of the water and appear to hover mystically between the water and the clouds.

At the Shishiwa Station terminus, there’s a steep, one kilometre walk uphill to the summit of Mount Misen. Two-thirds of the way, I stop at a group of wooden buildings. The Misen Hondo Main Hall and Shinkido Hall (Eternal Fire Hall) can be found at a resting stop along the way. Here, in 806, Kobo Daishi undertook ascetic practice for one hundred days on the mountain. The fire lit here has supposedly been lit for over 1,200 years and it was used to light the eternal flame in the Hiroshima Peace Park.

At the summit, I duck under a rock arch before reaching a bundle of rocks and a modern observatory deck. The views are stunning around the whole island, even though the sun has ducked behind the clouds. I’ve enjoyed the climb and so many people have said ‘konnichiwa’ to me, and quite often I’ve been stopped to be asked where I was from. I’ve only seen one or two other westerners. There are more people here on the mountain top than down in the temples, yet only twenty or so are at the top, picnicking and enjoying the magnificent view. 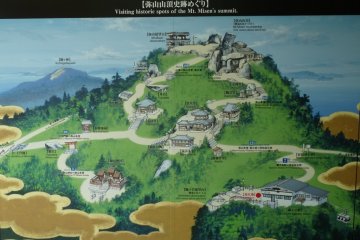 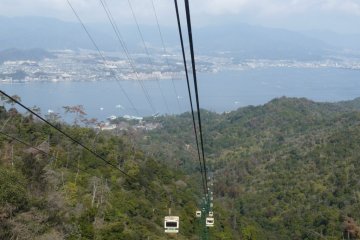 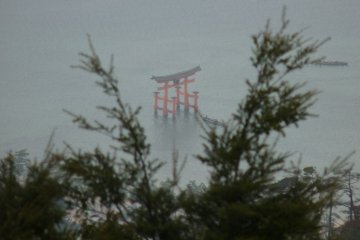 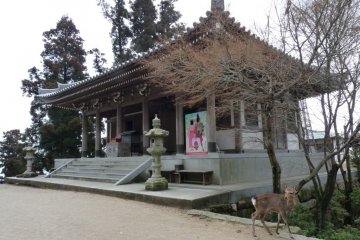 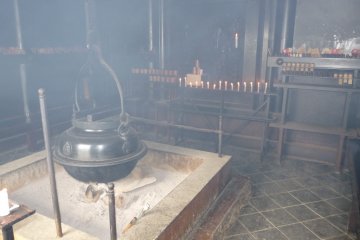 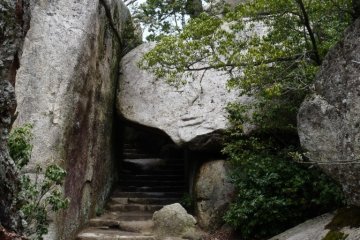 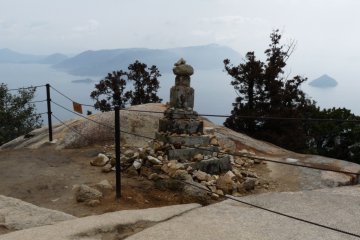 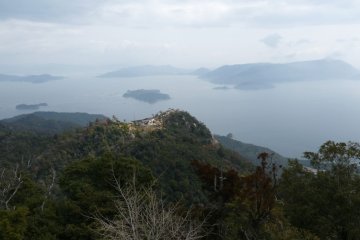 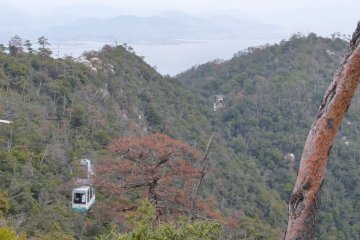 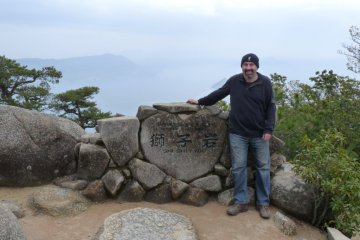 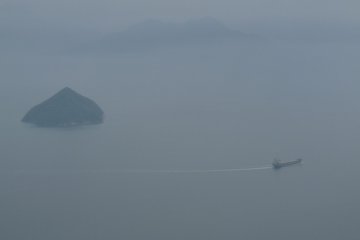