See some of Japan's finest bands and enter the Fun Zone

My plan this summer was to head to Summer Sonic in Osaka, a big festival packed with internationally renowned artists. Then I heard about Setstock. For the same price as a one day ticket at Summer Sonic, I could buy a two day ticket at Setstock. Sure, I didn't know all of the bands, as they are all Japanese based, but I gave it a shot. This was a great chance to head to a two day festival, hopefully hear some good new music and most importantly, have fun.

If I could sum up Setstock in one word, it would definitely be just that...fun. One of the best places to stand, believe it or not, was behind the sound deck (where they do all the technical stuff) on the main East Stage. It's a place where you can't even see one tiny piece of the stage, but everyone just wants to have a good time. There's singing, dancing, posing for photos, running round in circles, I like to think of it as the Fun Zone.

One band that turned the whole of Setstock into a Fun Zone was Ketsumeishi. I had never heard them before, but it seemed everyone else had, the whole crowd were at the band's beckon call. With lots of arm waving, dancing, cheering and towel spinning, a crowd favourite in Japan. Their sound is very pop and not to my usual taste, but having experienced them live, I enjoyed it and I have to take my hat off to them...and my towel before I swing it around my head. Their hit song was LOVE LOVE Summer, don't mind if I do.

Other musical highlights for me were Okinawan band Kariyushi 58, with their laid back summer vibes. Also older rockers Saito Kazuyoshi and Okuda Tamio oozed cool with their classic Japanese rock and roll. Another veteran band, punks The Cro-magnons played with the energy of a band half their age, with the singer coming across like a 1970s' Iggy Pop. There were other decent acts, including summer fun band Tokyo Ska Paradise Orchestra, but this article is fast becoming a music live review!

Good times aside, there are a couple of things to be wary of when going to a summer music festival in Japan. First the heat, believe me it is hot. Admittedly I'm from the less tropical climes of England, but I recommend taking a towel, a fan (you'll see lots of them about) and most importantly sun cream. In fact that recommendation goes for visiting anywhere in Japan in the summer.

Also, halfway through the set of Saturday night's headliners Radwimps, the rain came in. There was talk of it being a typhoon, which I don't think was the case considering how quickly it passed. However, I was soaked like a drowning rat within around 5 minutes. It didn't spoil the festival though, as it was all better once I'd changed into dry clothes back at the tent.

If you do want to camp, get in quick for tickets (camping tickets are separate), because the main site was actually sold out. I left it too late and ended up in a nearby separate campsite, which was fine, but I possibly didn't get the full after festival experience that I've enjoyed at other festivals.

So there you are, next year go to Setstock, enter the Fun Zone and have good times! 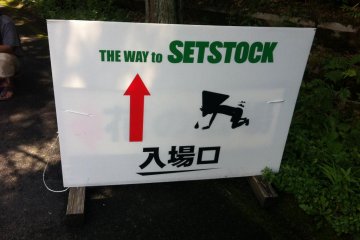 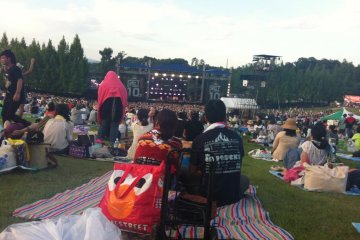 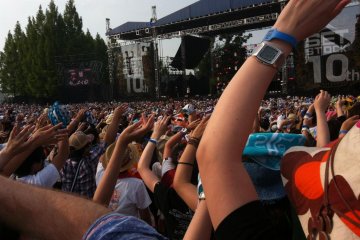 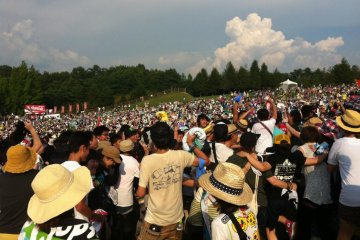 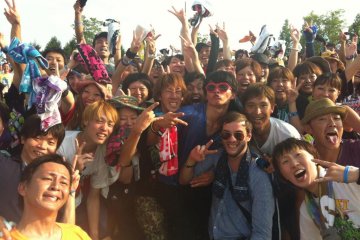 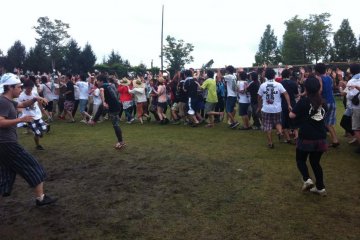 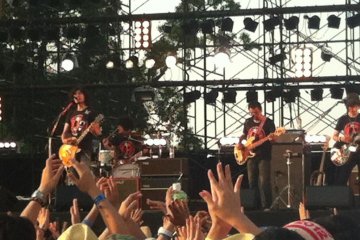 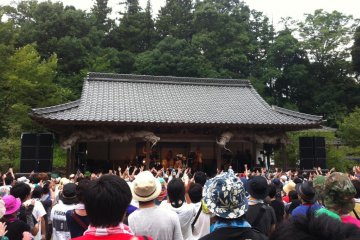 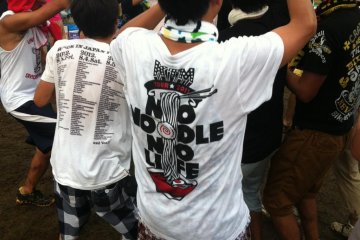