A Farming Experience in Japan

Some may see Japan only as a technology-advanced country, and the experience is indeed quite enjoyable. However, I somehow ended up working on a farm for two months, and I must say that it was the best social-experience ever.

The farm I had the chance to work in is located in Niseko, Hokkaido, which is usually known for its ski resort. I was living with a Japanese family of seven, the grand-parents, parents, two sisters and one brother. The uncle and aunt were also working with us as well as two to three more Japanese farmers.

I used to wake up every morning at 6, but the grand-mother was already up doing the laundry while the mother and elder sister were cooking breakfast. When everything was ready, they would serve the grand-father and father first, then me and them.  When I would be done washing the dishes, everybody would start work, generally by seven o’clock.

Working in a farm means getting dirty, so on my first day I just decided to wear my oldest and more comfortable clothes as I did not know that a “uniform” was required. They lent me some kind of tracksuit to wear over my clothes, one, two or even three different gloves to put on depending on the work to do, boots, a hat and eventually a mask! Everything would be washed after work every day.

So many things to do in a farm from March until May. We built greenhouses, spread soil on the snow so that it would melt faster, sort out the potatoes depending on their size or weed in the onions greenhouse with tweezers. That was the easy part.
We also had to deal with 20kgs bags of potatoes, beets shoots or fertilizer, dozens of them have to be put in the truck before going to the field every day. Japanese fields are really small compared to what we are used to in our western countries but still huge in your opinion when you have to take out all the big stones from there that would be a hindrance for the tractors.
We started with the sugar beets. Tractors would go in first and plant the shoots, and then you would  follow it, with kilos of beets shoots to carry under your arm so that you can fill all the empty spaces left by the machine. For the potatoes, while the father was driving the tractor, the mother, eldest daughter and me were sitting behind it in order to check that the potatoes were following their path from the top of the machine to the ground. You have to be very quick or you will have to make the tractor stops every five minutes. It is a really hard work and yet every day was fun and full of lessons to be learned.

We were working from seven to ten in the morning, and then had a break with hot tea and salty snacks when it was cold or cold tea and water-melon later in May. The break usually lasted fifteen minutes during which we could all talk together and laugh. Then back to work until lunch time, with a one hour break. Once we were back home, the grand-mother would have prepared everything so that we can eat, rest a little and be back to the field by one o’clock. One more break in the afternoon around four o’clock, and then work until sunset, or until six o’clock. After a ten hours day of work, a hot bath was ready to relax you before or just after dinner.

However, everyday was not only about work: the grand-father would tell me stories of his past using an obscure Hokkaido dialect, the grand-mother would make me taste many strange dishes just to see my reaction and teach me how to cook some of them, while the father would have a drink with me asking questions about my native country.

Being able to share a Japanese family life for two months, there is no better experience for Japan’s lovers. If you feel tempted, try it by yourself. To help you find a host family, check Wwoof Japan website!

I come from Sydney, Australia and first came to Japan in April 1994, on a Working Holiday visa. Before coming to Japan, I was not really interested in the country due mainly to the lack of information about the country, other than the cars and electrical goods it produces and exports all over the... 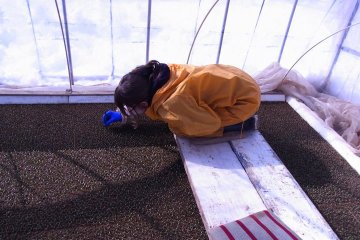 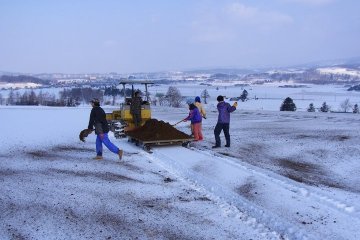 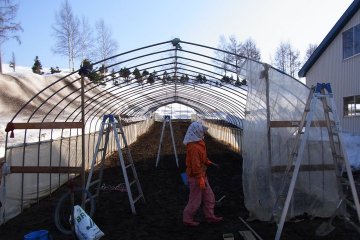