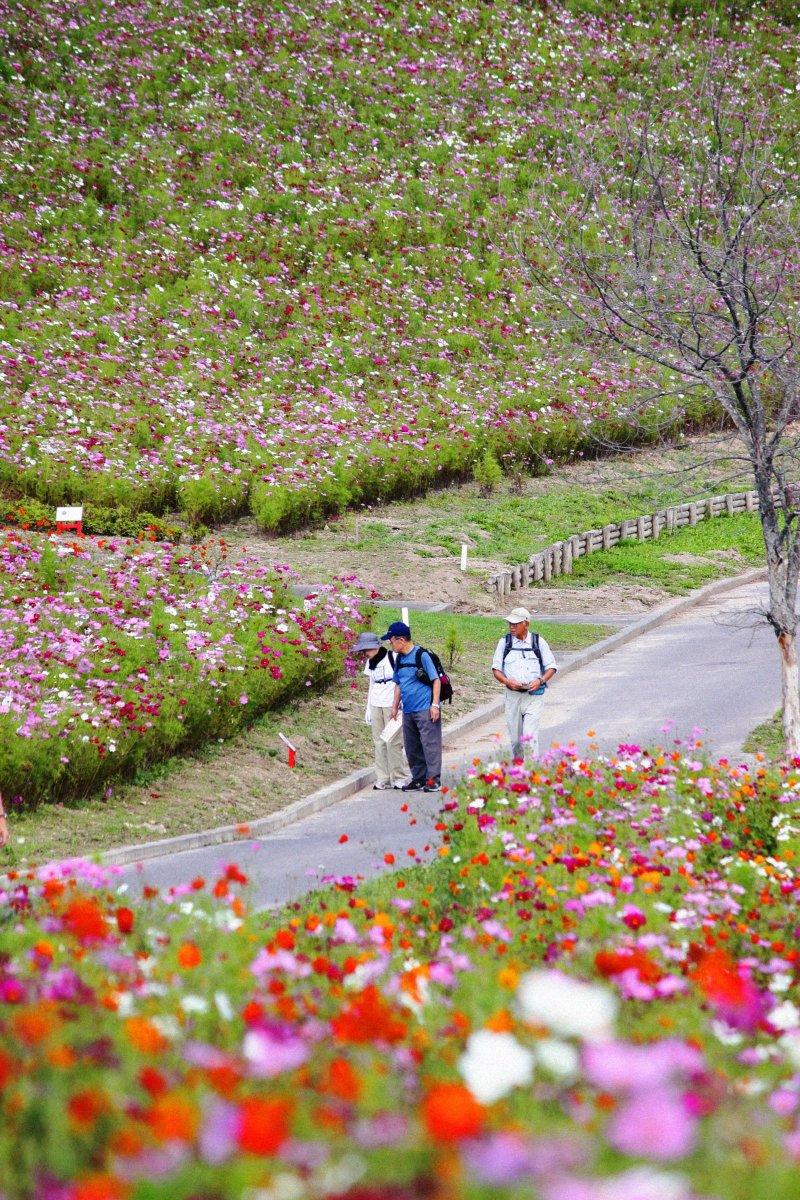 Colorful flowers in a wide range of varieties

It feels like cosmos are just about everywhere in Japan during autumn, and Hokkaido doesn't miss out on the fun! The Taiyo-no-Oka Engaru Park is just one of the places in the prefecture where you can enjoy these cheerful flowers at their annual Cosmos Festa.

Because of the cooler climate here, cosmos are in bloom from around mid-August through until late September, and the park has them in an impressive number of varieties. Some of them include the early-blooming Versailles Radiance Special, the Double Click variety that bloom in a similar way to dahlias with their double-petal appearance, and even Chocolate Cosmos which have a faint chocolate aroma!

Admission to the park is only charged during cosmos season, at a small fee of 300 yen for adults and 150 yen for children.

Hokkaido's Taiyo-no-Oka Engaru Park is located around 20 minutes on foot (or a five minute taxi ride) from Engaru Station, served by the Sekihoku Main Line.

For those driving to the park from the Sapporo area, it's around 250km away, or about a three hour drive.