The red brick warehouses that line the Hakodate waterfront are just one of the many reminders of Hakodate's trading past. (Photo: Salde Sasal / CC BY-NC-ND 2.0)

A historical brewery on its second life

The red brick warehouses that line the Hakodate waterfront are just one of the many reminders of Hakodate's trading past. (Photo: Salde Sasal / CC BY-NC-ND 2.0)
Mandy Bartok   Dec 08, 2015 - 2 min read

The red brick warehouses that line the Hakodate waterfront are just one of the many reminders of Hakodate's trading past. When the city was one of only three to be opened to international shipping in 1854 by a treaty with American Commodore Matthew Perry, these brick buildings served as storage facilities for goods that were brought into the city's harbor. Today, the few remaining warerhouses (known as akarenga) have been turned into a series of trendy boutiques, cafes and the popular Hakodate Beer Hall.

The history of Hakodate beer dates back to 1898, when a brewery was opened in the Yachigashira neighborhood. Though the brewery closed down a mere six years later, its popularity was undeniable. When Hakodate businessman Kumashiro Watanabe set about refurbishing the red brick warehouses in 1909, one of his goals was the revival of the historic brewery. His dream wasn't realized until after his death when the new Hakodate brewery finally opened its doors in 1996. Today, the Hakodate Beer Hall retains the feel of a turn of the century drinking establishment, a nod to the history of the original company.

A handful of beers are available on the menu, as well as a list of nearly 100 accompanying food dishes. The brewery's Kaitakushi beer is a pilsner with a slightly bitter finish, but goes well with some of the fish dishes on the menu. Another beer, known as the Akarenga beer, is an ale that is served exclusively at the beer hall. Its light taste makes it the perfect refreshing summer beverage and pairs well many of the vegetable dishes. The brewery also offers a tasting set, with three varieties included. Drinks average around ¥600 for a small glass and ¥900 for a larger pour.

If you want to take a taste of Hakodate back home with you, be sure to visit the beer hall's product shop or have your favorite beer delivered straight to your door with their online shopping option.

The Hakodate Beer Hall is part of the Hakodate History Plaza section of the city's red brick warehouses. It can easily reached from JR Hakodate via the city's streetcar system; visitors should disembark at Jujigai Station. 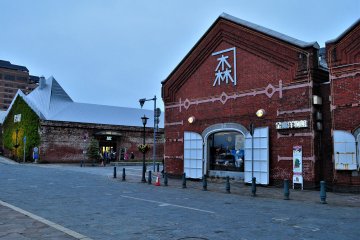 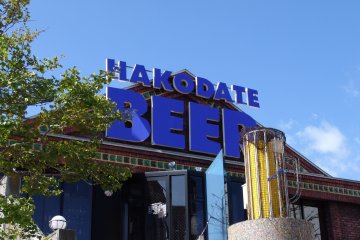 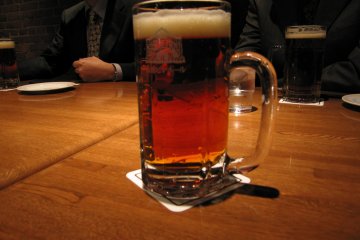 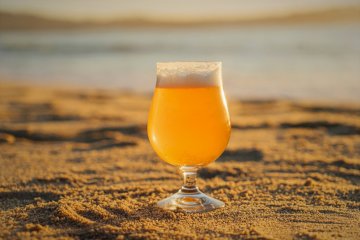 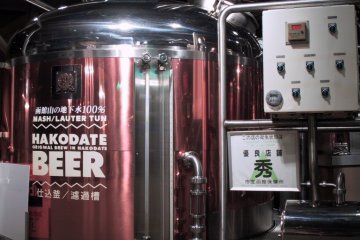