The British Consulate from 1859 to 1934 in Hakodate was designed by the Shanghai Construction Bureau of England. (Photo: Tony Oxborrow)

The British Consulate from 1859 to 1934 in Hakodate was designed by the Shanghai Construction Bureau of England. (Photo: Tony Oxborrow)
Sonia Schlesinger   Sep 30, 2015 - 3 min read

One probably wouldn’t guess that Hakodate, southernmost point of Japan’s northernmost island, is a prime spot for a proper cup of British tea. But the city, one of Japan’s first ports to open to the outside world at the end of the Edo era, hosts a number of 19th-century foreign consulates that you'll encounter as you weave your way through the Motomachi district’s San Francisco-like hills, providing international attractions similar to those of Yokohama, Kobe, Nagasaki, and, in this case, London.

Whether you’re an Anglophile or not, the old British Consulate is undoubtedly the most interactive Meiji attraction Hakodate has to offer, and inexpensive at ¥300. It’s gorgeous: if you stand at a certain angle in front of its old, marble fountain fountain you'll see the city's old public mansion-style hall gleaming a few hills above; in summer, a luscious rose garden graces its entrance. The inside tops this, with elaborate architecture in all its Victorian glory is on full display and including old photographs, pottery, as well as introductions to the rooms once occupied by only the most important of Meiji’s Very Important People. The next room explains every day city life for the British in what was known at the time as ‘Hakodadi.’

Below the museum, on the building’s first floor lies the real jewel in the Hakodate British consulate's crown is its tea shop. Plush curtains, elegant wooden tables, British antiques, a gift shop filled with as many tchotchkes, British themed or otherwise, as any store in Harajuku, and a menu comprised not only of milk teas but Matcha (and iced cocoa, among other things, for the non-tea drinking Anglophiles) provide you with the ideal Japan-flavored British afternoon. Admire the garden from the window-lit main tea room, while daintily sampling small cakes off floral-printed china and listening to the greetings of “irashaimase!”.This is classic Hakodate: the streets are straight and easy to navigate (which I forgot was possible in Japan, having come from Tokyo), and between the Consulate, the Russian Orthodox church, foreign cemetery and the Magistrate's office alike, you walk them steeped in the highest culture, religious, social, or historical, of lands far away both in time and space. Then you peruse the morning market, eat dinner at an Izakaya with some of the freshest fish you’ll ever taste, and remember exactly which country you’re in. 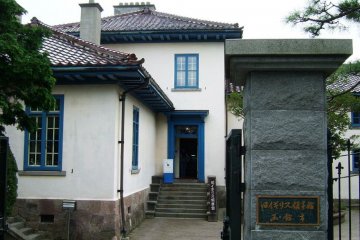 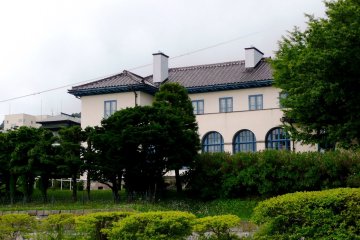 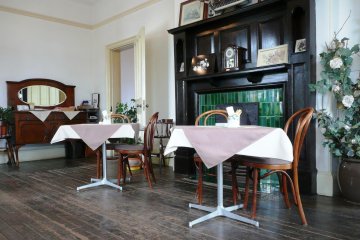 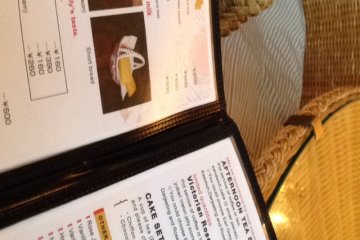 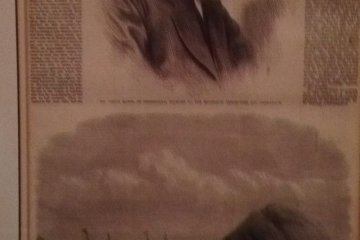