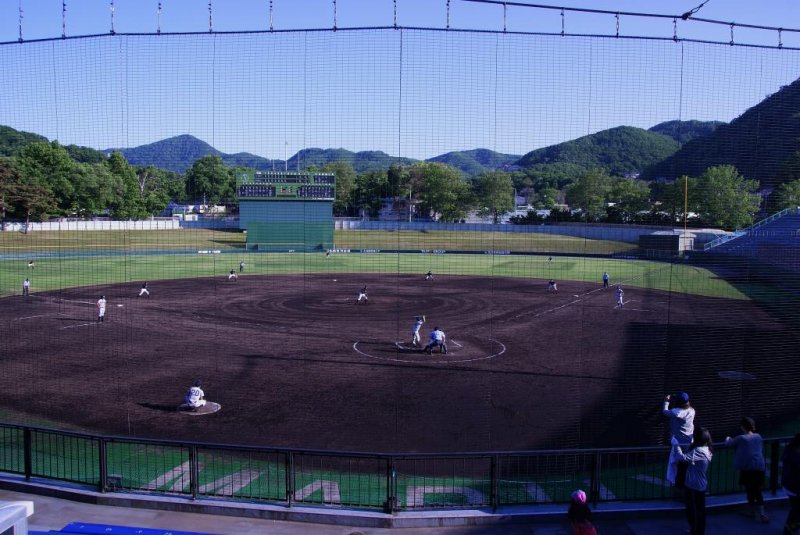 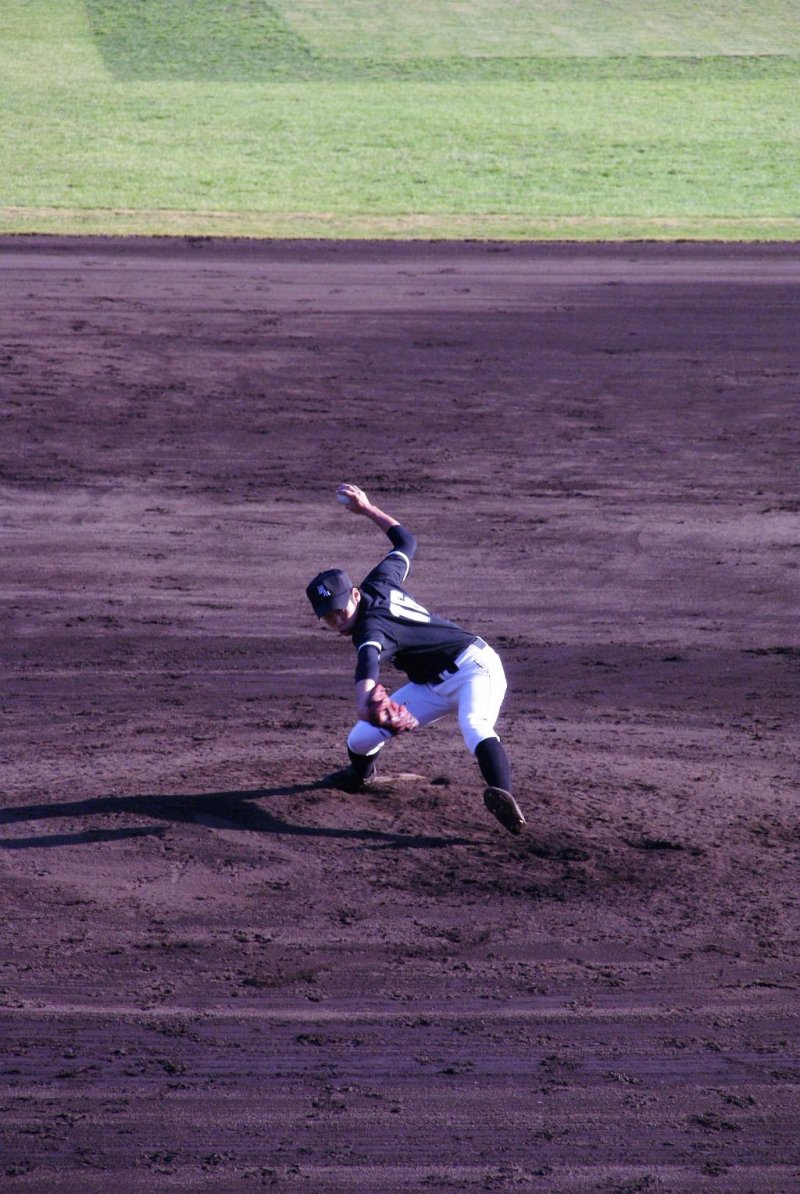 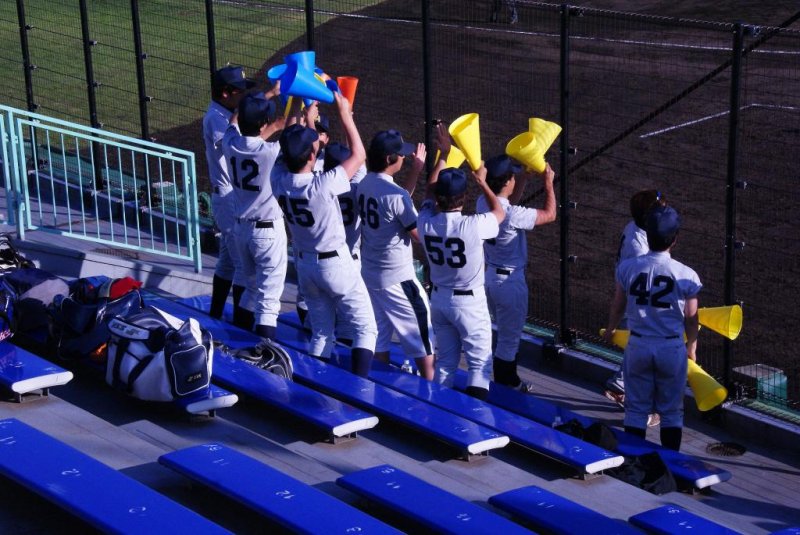 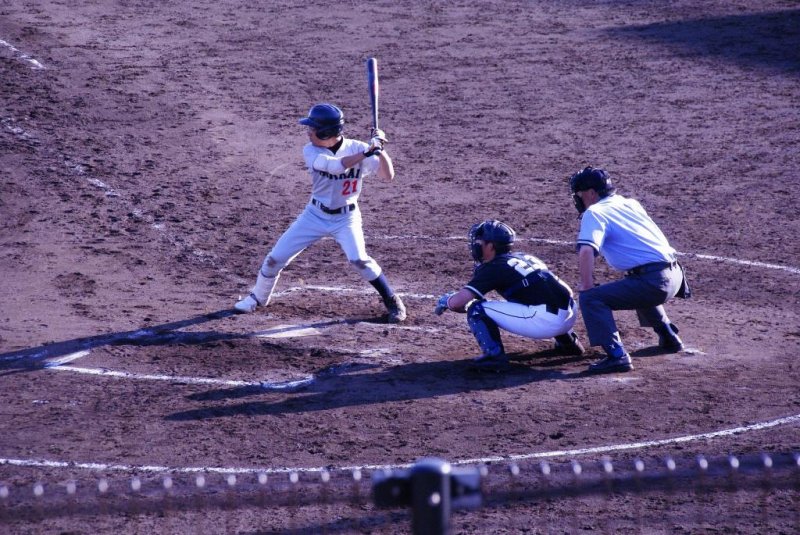 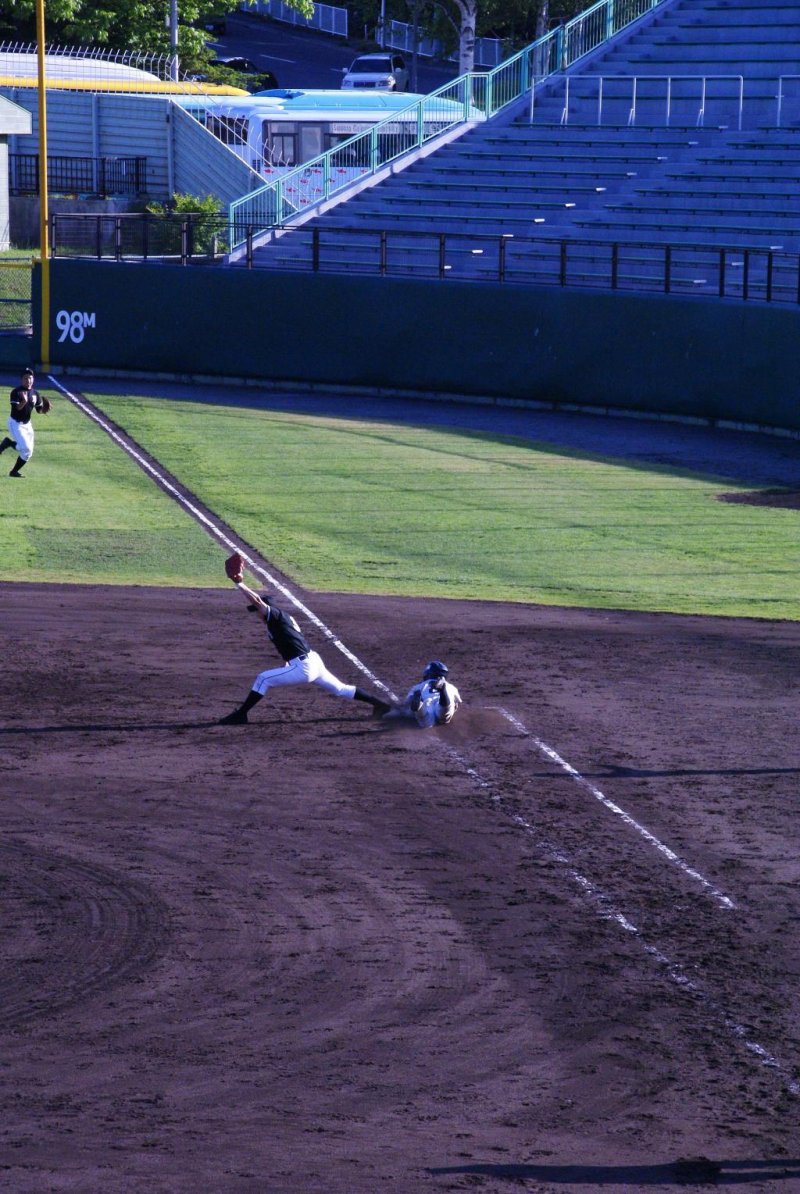 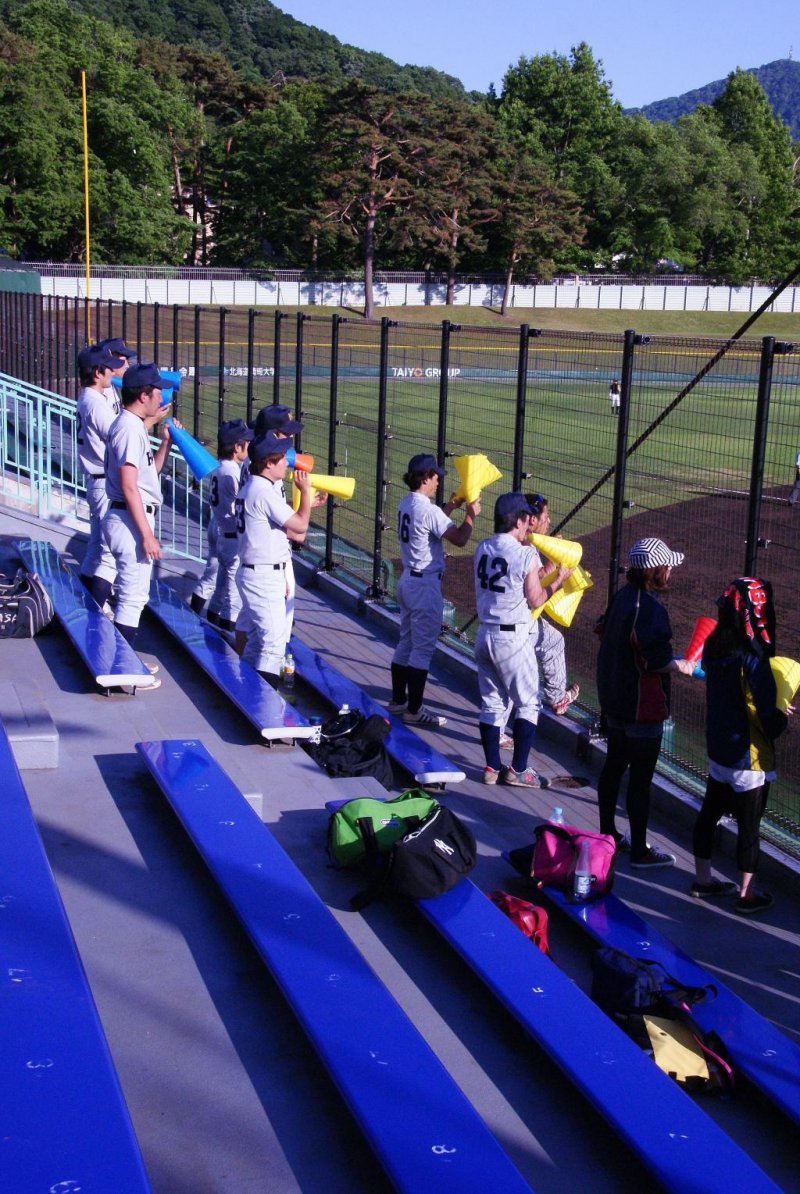 Hold on for the win Sapporo! 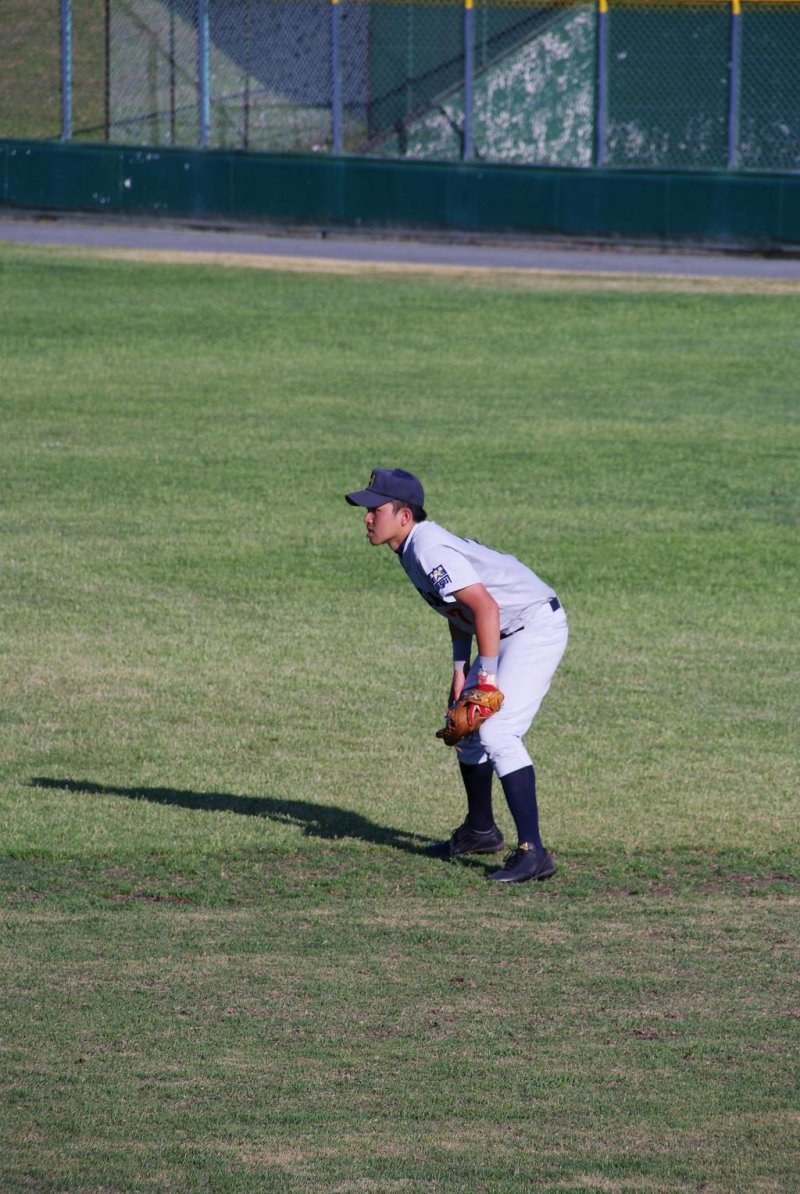 The picture of concentration

A sacred game receives the respect it deserves 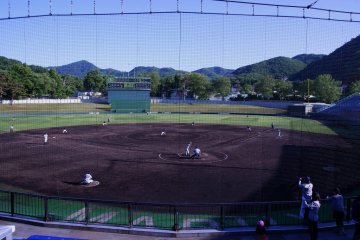 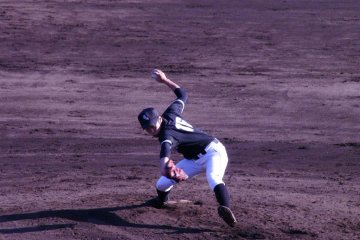 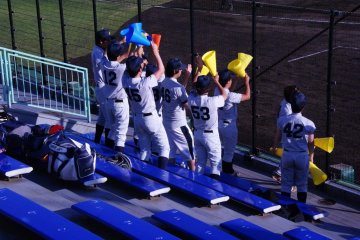 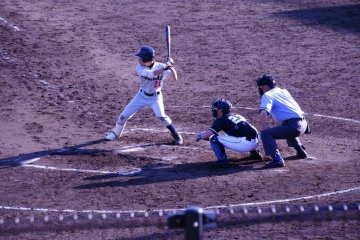 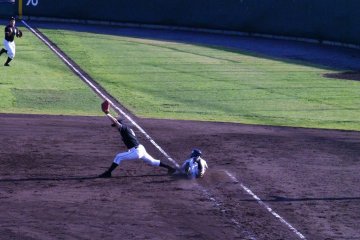 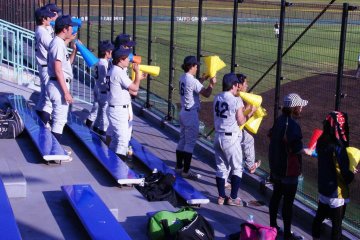 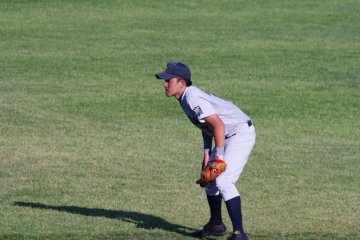 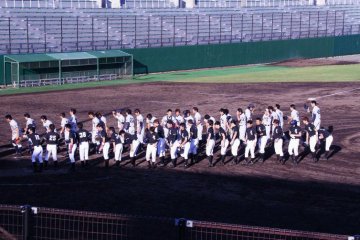 The sounds of chanting and cheering pierced and carried through the warm, summer afternoon as I walked down the hill and exited the Maruyama Zoo. Curious, I crossed the street and walked toward the nearby and appropriately named Maruyama Stadium and promptly walked up the stairs and into the middle of the seventh inning of a college baseball game. Admission was free and the stadium only had about 100 spectators scattered throughout the stands. Cheers emanated from a group of baseball players in uniform sitting in the stands and if I had to guess, I’d say they were the varsity team cheering on the senior squad. I sat next to an older gentleman and learned that Hokkaido University of Sapporo were up against rivals from Kushiro in Eastern Hokkaido, a city I’d visited a couple of weeks previously. The game was exciting up until the very last out as Sapporo were up 5-1 but Kushiro loaded the bases in the ninth before the tying run at the plate struck out to end the game. The teams met in the middle of the diamond, bowed to one another, all players turned to the umpires and bowed, then went to their respective sides of the field and bowed to the crowd. Perhaps the next time you here crowds cheering in the distance while visiting Japan, its best that move in the direction of the sound. You just never know what will happen next!