Robots, galaxies, and much more!

For those who cringed at the words “science museum”, please keep reading. I was never particularly fond of science, but this is a place I enjoyed being taken to as a child, and at the age of 22, I am still entertained. The Kobe Science Museum (Kobe Youth Science Museum in Japanese) on Port Island Kobe is a five story building with sections exhibiting: Power and Energy, Creative Science, City Science, Environmental Science, Life Science, Information Science, and finally, the Planetarium.

Most floors have interactive elements that allow fun learning for visitors of all ages. Hang gliding simulation, optical illusions, a room that throws off your balance, and experiment demonstrations are some of the fun things the museum offers, but my favorite thing is found in the technology room. There are several robots in this room that have different skills. Some can play the keyboard, others can draw simple shapes (I had it draw the museum logo), but the most popular is the newest robot: 新ちゃん (Shin-chan).

Shin-chan is capable of simple conversation, playing rock paper scissors, singing, dancing, and even drawing a picture of you. Because I did not want to disturb the line of children, I took a snap shot of a drawing that was already completed. By no means will Shin-chan win art awards, but it is still fascinating to see him working, and he sings while he draws.

The planetarium is another of my favorite aspects of this science building; inside the huge dome shaped room the “sky” is filled with stars and constellations that change according to the season. As a child that rarely saw a star filled sky, I recall being very fascinated, and I still find it interesting today.

Speaking of stars, the museum has also set up a tall bamboo tree in preparation of Tanabata (Star festival) in July. In Japan, July 7 is known to be the night when wishes come true. Japanese citizens of all ages write their wishes on colored parchment and hang them on a branch of a bamboo tree to be seen.

So when you’re visiting Kobe or if you’re new in the city, know that the Kobe Science Museum is a fascinating and fun place to visit. There is much to be seen and everything in the museum has explanations in English. Come talk to the robots, learn about gravity, and if you make it before July 7, make a wish! 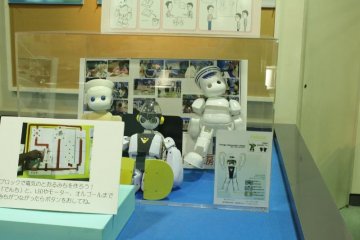 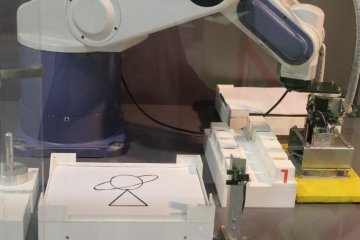 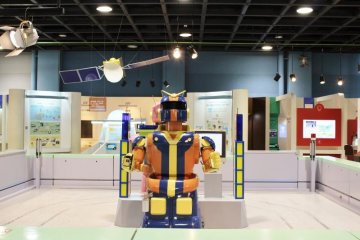 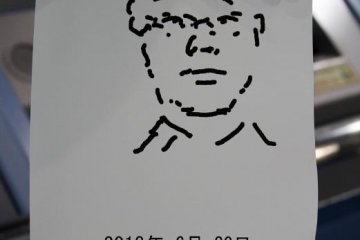 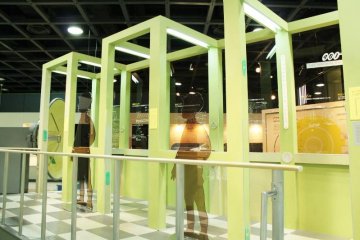 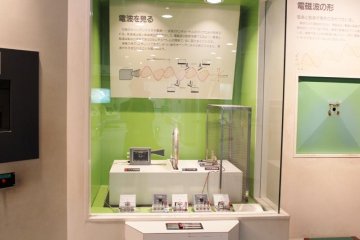 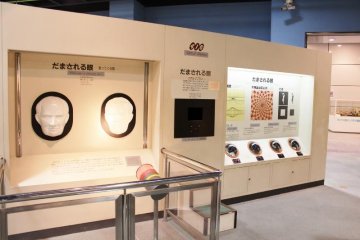 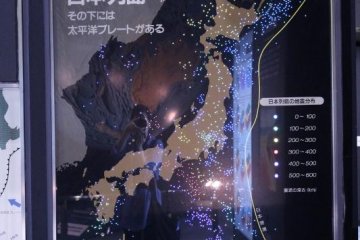 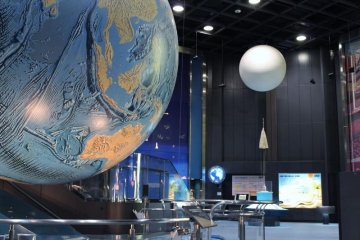 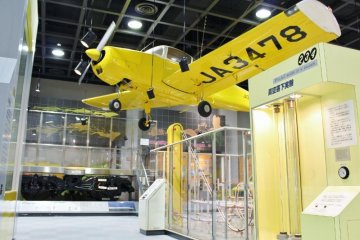 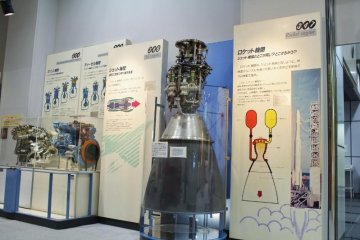 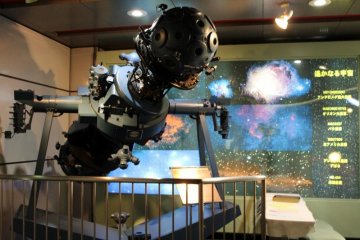