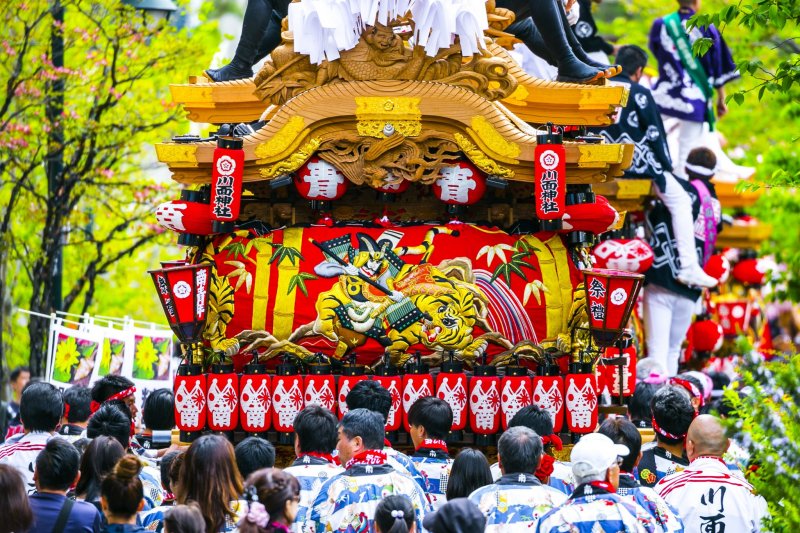 Come 30 April 2019, Emperor Akihito will abdicate his throne, with Crown Prince Naruhito acceding to the throne to become the new Emperor of Japan on the following day. This will mark the start of the new Reiwa Era (令和). Officially meaning “Beautiful Harmony”, the arrival of the new Reiwa Era will mark the first time in over 200 years that an Emperor in Japan has abdicated his throne.

Japan will be in a joyous mood for the inauguration , with the transition from Heisei to Reiwa warranting much celebration across the country. Across the Okamoto district of Higashi-nada ward, they will be holding the Reiwa Danjiri parade across several routes.

Danjiri is a boisterous traditional festival featuring large ornate wooden carts that are paraded around while men are perched on top of them. Local carpentry guilds pit their artisantry against one another through their elaborately carved carts that are crafted to resemble mikoshi, or mini shrines.

When the parade kicks off, teams compete against each other to see who would emerge at the finish first. In some places, their lively rivalry even extends to cart-racing! Such jubilance riles up the cheering crowd as the heavy carts throttle down the streets at high speeds, meeting obstacles like sharp corners – all the while with several men atop, dancing and hopping around!

The tradition is popular in the Kansai/Kinki area and further west too. Japan’s most famous danjiri-style festivals include the Kishiwada Danjiri Festival and Takarazuka Danjiri Parade, also in Hyogo.

Join in the festivities in Kobe and watch the 45 lantern-adorned danjiris and locals put up a good show as prayer for a stable reign under the new Emperor!