Once the villa of Prince Arisugawa Taruhito

It was just a coincidence that we chose this hotel to stay for one night before going to Tokushima. The reason was simple, it was located at the foot of Great Akashi Strait Bridge where we would take a highway bus bound for Tokushima station. At first we were planning to take a bus from Umeda, Osaka, but later found out it would be much easier and take less time to go to Tokushima from Maiko, Kobe (to Tokushima, it takes 3.5 hours by bus from Umeda, Osaka, whereas from Maiko, it only takes 1.5 hours). So, we canceled the hotel reservation in Osaka and at the last minute booked a hotel which was still available and with a great view of Akashi Strait Bridge.

When we arrived at the hotel at night, the first thing that struck us was the gorgeous view from our room. The lit-up Great Akashi Strait Bridge was just a 10-minute-walk away from the hotel and the beauty of it just took our breath away. Second, the bathroom had a heart-shaped bathtub, a separate shower booth, and a big glass window overlooking the beautiful bridge. How romantic can you get? Our room was a spacious deluxe twin room in the main building, and cost only 18,000 yen per even though it was during the Golden Week holidays. Don't you think it's outrageously reasonable?! And if you read the following, you'll understand how lucky I felt staying at this hotel at this price!

The villa of Prince Arisugawa Taruhito

When we were walking to the onsen (large public bath) located in the annex building (Yes! this hotel has an onsen bath, too!), there was a showcase in the corridor which explained the history of the hotel. As I passed it by I saw it and froze. What? It said this is the place where the villa of Prince Arisugawa Taruhito once stood, and along with the photos of the original villa, an excerpt of the famous Yamazaki Toyoko novel, "The White Tower" was displayed, too. Unbeknownst to me, I had booked myself a hotel related to my own personal interest. I'm a fan of Yamazaki Toyoko and also interested in the era in which Prince Arisugawa played a big role...what an unexpected bonus!

Who is Prince Arisugawa Taruhito?

The House of Arisugawa was one of the branches of the Imperial Family of Japan, which came to an end in 1913 due to the lack of male heirs. The Prince Arisugawa Taruhito (1835-1895) is an adopted brother of Emperor Komei (1831-1867) and the uncle-in-law of Emperor Meiji (1852-1912). Emperor Komei was famous for his dislike of Western people/culture, and sided with Tokugawa Shogunate till his last breath in 1867, a year before the Meiji Restoration. Upon his death, since the new Emperor Meiji was only 14 years old, too young to be involved in any political decision, revolutionary clans such as Choshu and Satsuma accelerated their activities and in the end overthrew the Tokugawa Shogunate and created the new Meiji government.

The Life of Prince Arisugawa Taruhito

His life was, whether he liked it or not, deeply affected by the turbulent era, of course. First, he was engaged with Princess Kazunomiya, a sister of Emperor Komei. But when the Tokugawa Shogunate tried to strengthen its ties with the Imperial family to save their political status near the end of their reign, his fiancée, Princess Kazunomiya, was taken away from him and forced to marry the 14th Shogun, Tokugawa Iemochi, a tragedy for both Prince Arisugawa and Princess Kazunomiya. In 1867, the Meiji Emperor appointed Prince Arisugawa as chief minister of the Imperial Army, in order to eliminate the army of Tokugawa Shogunate, which mainly consisted of samurai of Satsuma and Choshu who fought at the Battle of Toba-Fushimi, traveled up the Tokaido, and later accepted the surrender of Edo Castle from his ex-fiancée Princess Kazunomiya. What an irony! Later, Prince Arisugawa led the Meiji government army to fight against the Saigo Takamori's Satsuma army at the Satsuma Rebellion. He was also the commander-in-chief of Japanese forces in the First Sino-Japanese War, but he contracted typhoid fever during his command, and came back to his villa in Maiko (this place!) to recover, yet died here on January 15, 1895. So, this is the last place of his turbulent, dramatic life as well. For your information, the site of his palace is located in Minami Azabu, Tokyo and now is called the Arisugawa Memorial Park.

As you can see, this hotel was once a villa of Prince Arisugawa Taruhito. He first visited Mt. Kashiwa, the hill stood in the Maiko area. He liked the view very much and decided to build his villa here. The construction started in 1893 and was completed in 1894. But ironically, he became ill later in 1894, stayed in this newly built villa to recover but died in early 1895. His heir, his brother and the last prince of the House of Arisugawa, also became ill and tried to recuperate here, but passed away in this place in 1913, which was the last of the House of Arisugawa, for he didn't have an heir. This villa was also visited by both Emperor Meiji and Emperor Showa, but in 1917 the Sumitomo conglomerate bought it, and made it into a guest house. At the end of the Second World War, the American GHQ confiscated it, and renovated it into western style buildings. In 1966, the city of Kobe bought the place, and later sold only the buildings to a private company, and has been leasing out the land to another company which currently runs the hotel. As time goes by, the fate of the place changes as well.

For your information, the following is the price range of the rooms. Prices change depending on when you stay, so I'd recommend you check before making a reservation.

Lastly, in Yamazaki Toyoko's novel published in 1963, 'The White Tower', this hotel is referred to as something royal, traditional, superb and romantic with a great view of the sea, a kind of place where men want to take their girlfriends to impress them, which in fact the protagonist of the novel, Mr. Zaizen, an arrogant surgeon, did. But now, even on the hotel Website the hotel's past connections to Prince Arisugawa is not mentioned. So, I assume not many people know about the dramatic history of this place, thus, a reasonable price! Located at the foot of the Great Akashi Strait Bridge, this hotel could be one of the best-kept secrets in the area, convenient for visitng both Shikoku and Kobe. Even if you are not interested in its history, the great view and the terrific accommodation will not disappoint you! For detailed photos of the hotel and the neighboring area, please see my other photo stories. 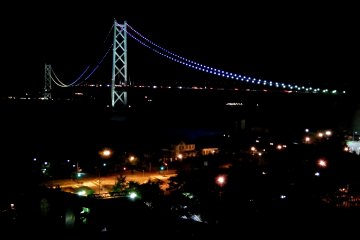 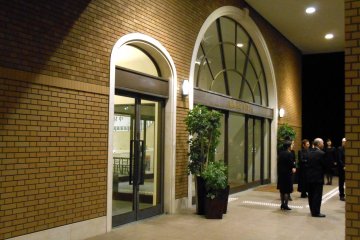 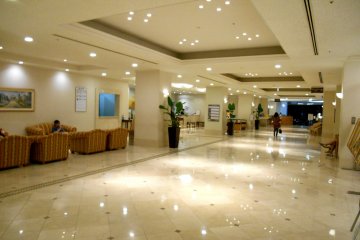 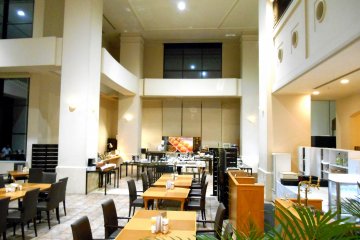 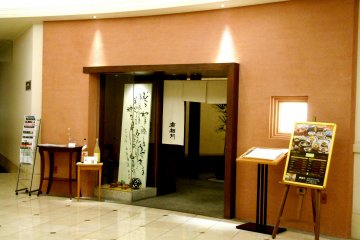 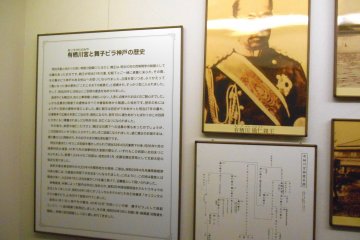 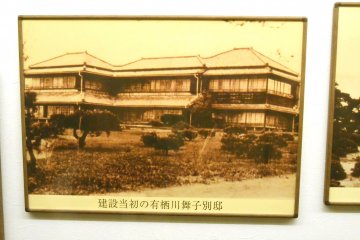 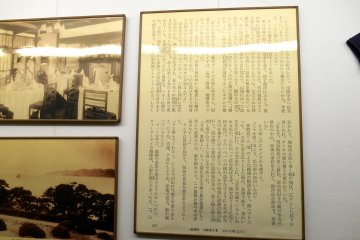 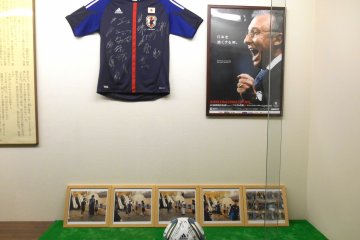 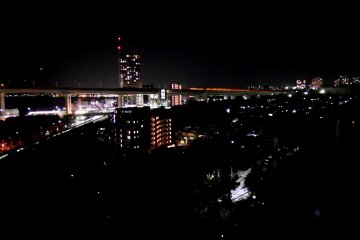