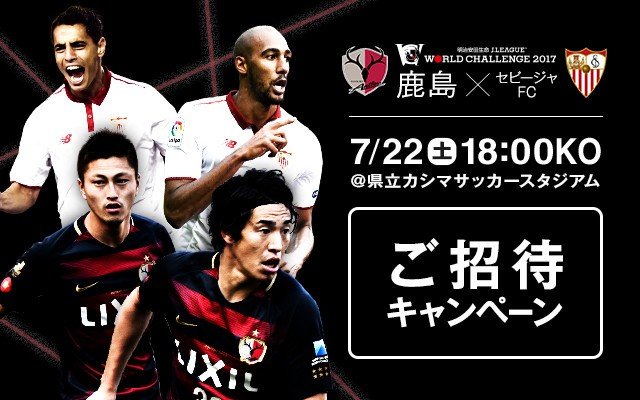 Japan Travel is giving away tickets for the Kashima Antlers' match against Sevilla FC held at Kashima Stadium (Ibaraki) on July 22nd! Respond "Going" to the Facebook event for your chance to win pairs of free tickets.

Kashima Football Stadium is a large international stadium visited by both Japanese and International fans. This summer, the J-League takes on the strength of European clubs in several dream matches taking place as part of the Meiji Yasuda Life J-League World Challenge 2017.

Winners may pick up their tickets at the Japan Travel office in Roppongi. In some cases we may be able to mail the tickets directly.