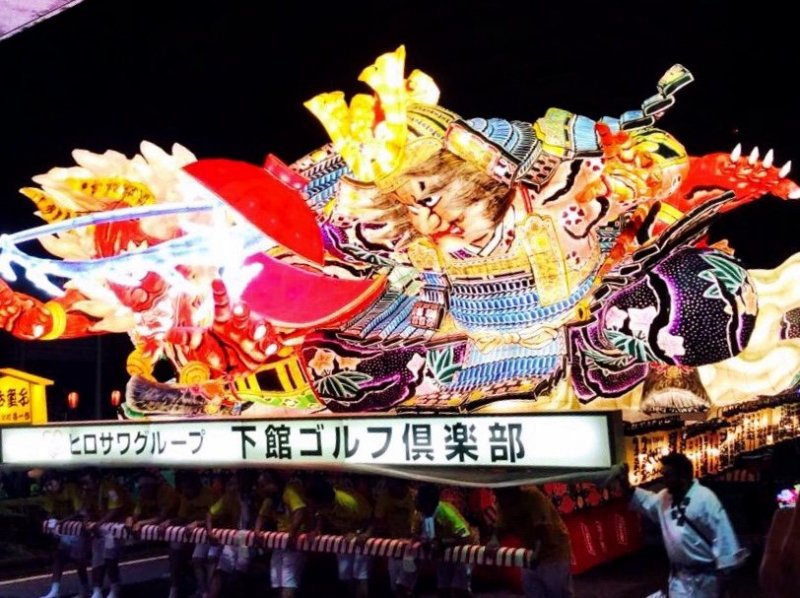 Tsukuba City is best known as the science and research hub of Japan, but it also hosts a massive street party. Matsuri Tsukuba, with traditional and modern entertainment and a huge variety of vendors, is held every August.

The main event of the festival is the parade of nebuta floats through the streets around the station. Nebuta, massive lanterns depicting characters in Kabuki plays, heroes and villains, originated in Aomori Prefecture as a variation on Obon ancestor lanterns. Like the Aomori lanterns, the Tsukuba floats are pulled by teams, accompanied by music on drums and other traditional instruments.

On the center stage, live music concerts, and spectacles such as superhero shows go on throughout the weekend. All over the central part of the city, there are street performers and street food vendors. Tsukuba is probably the only place you’ll see a fire-juggling pole dancer in kimono perform in front of a retired space vehicle while you savor takoyaki and ramune soda. There are lots of things to experience, too, including rides on ponies for the kids, and on Segway scooters for adults.