Beautiful temple along the old Nakasendo

The Toukaido was the ancient route along the eastern provinces of Japan stretching between Edo, (modern day Tokyo) and the old capital, Kyoto. 53 stops along the route provided travelers with a place to eat, refresh and stay overnight. The route was also lined with a great number of shrines and temples. The old Tokaido runs directly below and around the Kasadera Temple in Nagoya’s Minami-Ku, one of the more beautiful temples along the old roadway.

The temple is one of the famed “Owari 33 Kannon” temples, dedicated to the goddess of mercy, Kannon. Owari is the old name for the Nagoya region, and even now you may even see some of the faithful dressed in traditional white robes, walking poles in hand, making the pilgrimage to all 33 temples. Entrance to Kasadera Kannon is via either the smaller West Gate, or the suggested larger, much more impressive southern facing Niomon gate, complete with dolphin like “shachi” ornaments adorning the rooftop. Tortoises sun themselves on rocks in the small lotus pond out front. As you enter, you’ll see that each side of the gate is guarded by the frightening looking, wood-carved red painted Nio gods particular to Buddhist Temples.

The main Honden Prayer hall in the center is of simple design, but it’s large size makes up for it’s simplicity. The temple itself is an important historical and religious site, and houses a number of nationally designated Important Cultural Properties, and Cultural Properties of Aichi Prefecture. A two-storey pagoda and a large number of subsidiary halls dedicated to various gods surround the vicinity.

The temple is of the Shingon sect of Buddhism and it’s official name is Tenrinzan Ryufukuji. The story goes that in 736, the monk Zenkoshonin carved a statue of the 11 faced Deity of Mercy, the Kannon, from a piece of driftwood which is now enshrined in the temple. The name Kasadera comes from the story of a noblewoman who saw a stone image of a Jizo god, protector of children and travelers, by the roadside while riding in a palanquin. As the weather was poor, she felt sorry for the lonely looking figure, and so placed her woven hat, also called a kasa, on it’s head. From here sprang the name “Kasa Temple,” or Kasadera. The temple also adopted the UFO shaped headwear as it’s official crest.

Two stone memorials feature haiku poems written by the Haiku Master Matsuo Basho who is believed to have stopped a number of times at Kasadera while traversing the Tokkaido can be foundd on the grounds. There’s also a monument to the right of the main hall to the swordsman, Miyamoto Musashi, who stayed nearby for a number of years and established a dojo training hall at Kasadera for the teaching of his Enmei Ryu, a style of two-sword fighting technique.

On the 18th day of every month, the temple hosts an antiques fair with old kimono, furniture, books, scrolls, and all manner of bric-a-brac to look through. February 3rd each year, the temple hosts one of the city’s largest Setsubun Festivals, a ritual to drive away the evil of the past year and welcome in luck and good fortune through the throwing of dried beans.

There’s still a lot of history to be seen and felt surrounding the popular Kasadera Kannon and along the route of the old Tokkaido. Take the time to look around and soak up the history and atmosphere of one of Nagoya’s most respected temples, Kasadera Kannon.

Find out more about Geibikei Gorge. 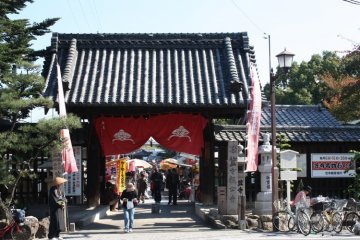 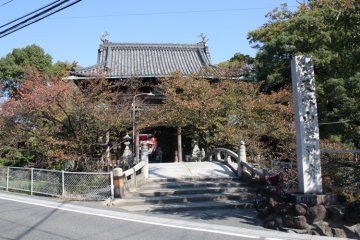 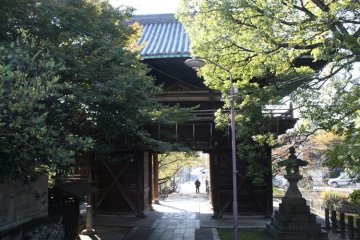 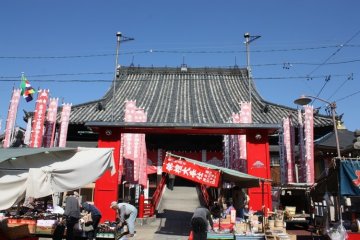 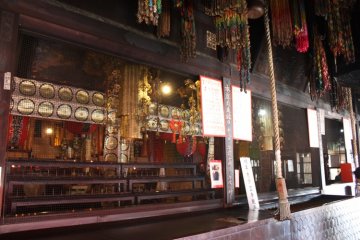 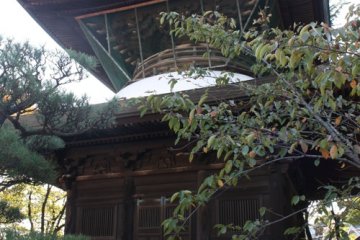 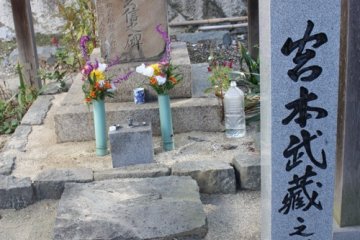