A view of Yugahama beach from near the top of Jojuin Temple (Photo: Steve Morton)

Experiencing an alternative side to Kamakura

Featured in countless tourist publications, the beautiful city of Kamakura is a must see destination for anyone. Dubbed the ‘little Nara of Kanto’, Kamakura has an abundance of great attractions, including over 84 magnificent temples and shrines, some excellent hiking courses and a surprisingly beautiful beach.

Whilst most tourists will probably head for more popular places like the Great Buddha, many other great cultural gems like Gokuraku Temple (極楽寺), can be found close by.

To get there, you can take the nostalgic Enoden Line Railway from Kamakura Station, taking about ten minutes and costing 220 yen.

When exiting Gokurakuji Station you will probably be surprised by the unusually large crowds of people hanging around this pleasant but otherwise, supposedly low key area. This can be explained by the fact that a popular Japanese TV drama knows as “Saigo-kara-niban-me-no-koi”, is filmed here, attracting something of a cult following amongst many locals. Look for the poster attached to the ticket office wall!

From here it's a short two minute walk to Gokurakuji, a beautiful little temple set in a peaceful location surrounded by lush greenery. Interestingly, you will probably notice its thatched roof, an uncommon feature not usually found in many other temples.

When walking around the temple's gardens, you will see many colorful flowers and several interesting statues including a stone depiction of the world famous ‘Three Wise Monkeys’.

Despite its modest size, Gokurakuji used to be over 800 metres wide. Built in 1259, this temple is credited for helping to revive Buddhism in Kamakura during the 13th Century.

More significantly, its founding monk; Ryokando Ninsho (1217-1303), has been recognized for helping to treat over 60,000 leprosy sufferers by building numerous care facilities. Interestingly, Japan`s centuries-long tradition of institutionalized discrimination against lepers was only criminalized in 1999.

Although popular with many Japanese, Gokurakuji is still a pleasantly tranquil place to visit. Fortunately, on this occasion I was lucky enough to see many hydrangeas which added even more vibrancy to the already beautiful gardens.

Located several metres away from Gokurakuji towards the right hand side of the main road is a long line of stairs (108 in actual fact), marking the approach to Jojuin Temple (成就院).

When reaching the top of these stairs you will immediately notice the entrance to this temple above you on your right. Similar to Gokurakuji, Jojuin is also characterized by an elaborately decorated wooden gate and is surrounded on either side by rich greenery.

Founded in 1219 by Yasutoki Hojo (the de-facto Shogunate of Kamakura), Jojuin was built primarily to bring good fortune and protect the ruling Hojo Clan during times of war. This can be illustrated by the fact that `Fudo Myou` (a guardian deity in Buddhism), is enshrined here. Ironically however, not even the blessing of a ‘god’ could protect the Hojo clan from their destruction in 1333 by Nitta Yoshisada's invading forces.

As you exit this temple you will suddenly notice something even more spectacular, a long straight path leading down towards Yugahama Bay surrounded on either side by row upon row of colorful trees. Although impressive at the best of times, this is an especially beautiful sight during June, when hundreds of hydrangeas come into bloom.

Towards the bottom of this slope you will also notice a small temple on your left decorated with numerous white banners.

Known as Kokuzo-do Temple, this is actually part of Jojuin. Despite this fact however, it is an interesting place to visit in its own right with two large dragons guarding the entrance to the small but picturesque courtyard.

Continuing along the main road for several more minutes will take you to your final destination, Yugahama beach. Although it cannot compete with the likes of Okinawa, this is a great spot to relax in whilst walking along the sea or having a drink in one of the many trendy looking beach bars.

If you`re still feeling energetic you can end the day by taking a leisurely stroll back to Kamakura along ‘Wakamiya Ooji’ Street (若宮大路), which has several interesting shops and cafes. Alternatively, you can catch the Enoden Line back to Kamakura from Hase Station (長谷駅), located less than five minutes walk away from the beach.

Whichever way you chose to end your day, you are guaranteed to enjoy this pleasant walk enabling you to experience a side to Kamakura not usually seen by most foreign tourists. 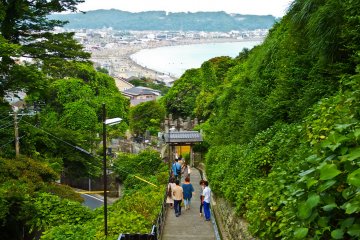 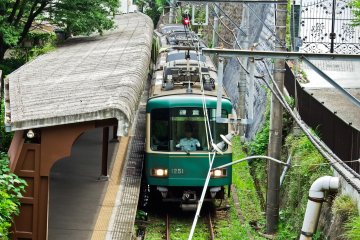 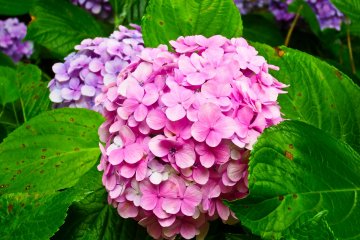 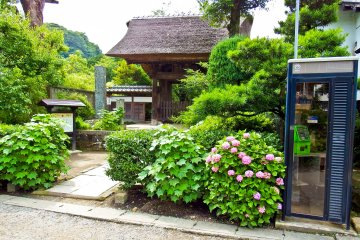 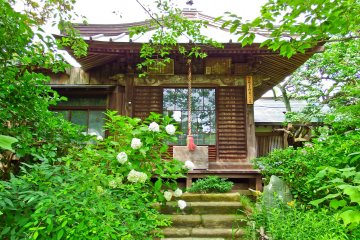 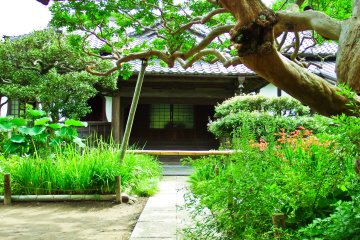 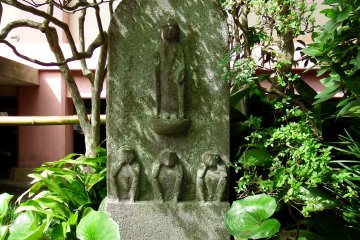 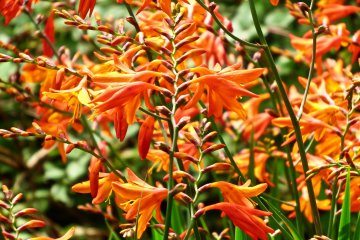 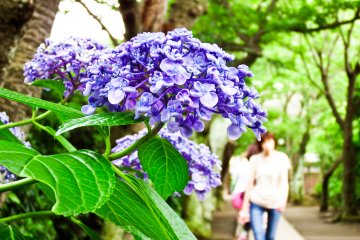 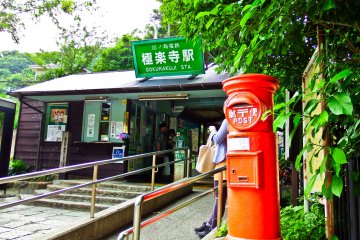 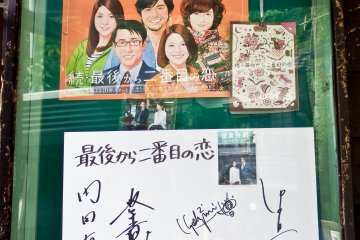 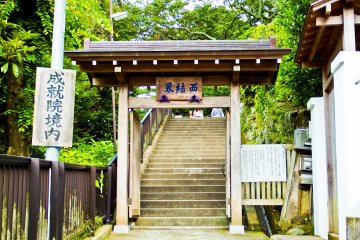 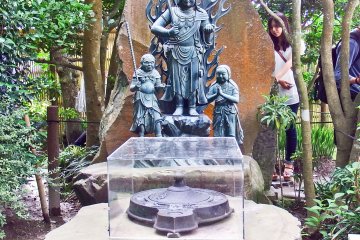 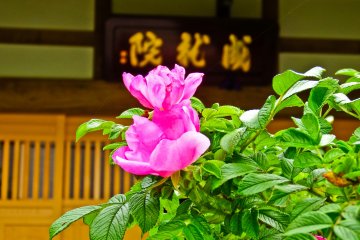 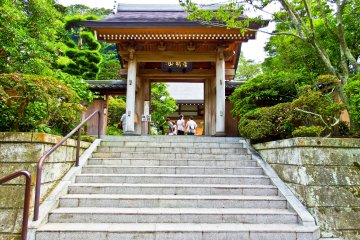 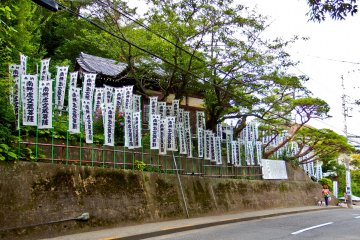 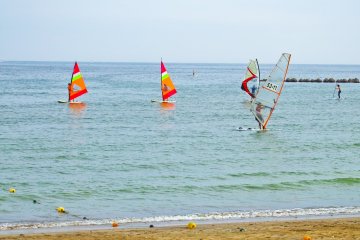