On the main side street leading into Hase Kannon Temple in Kamakura, your eyes will be attracted to an old inn with a very Japanese atmosphere, on the left side of the street. The inn’s name is Taisen-kaku (對僊閣), meaning a palace with a long history. At this inn, they preserve and maintain the old building very carefully. The owner-couple run this inn by themselves, and the sincere service they provide will leave you with a memorable experience of your time in Kamakura.

When you open the sliding glass door at the entrance, you will feel like you have wandered into a remnant of old Japan. In the small lobby, you see a household Shinto altar, a large old grandfather clock, a Zen style paper-sliding window and lots of decorations that feel very ‘Japan’. After taking off your shoes, you will be guided up to your room on the second floor. The rooms are all quite simple. The windows and the room doors are of the paper-sliding type. The floor is, off course, covered with tatami mats! And the alcove will be decorated with a flower arrangement or a Japanese picture. Toilets are semi-private and there is a large bath that guests use in turn between 6:00 to 10:00 PM; just tell them what time you would like to take a bath that night! Before entering the tub, be sure to wash and rinse yourself off. Shampoo, conditioner, and soap are provided in the bathroom. When you come back to your room, you will find that your futon has already been laid out. Breakfast is served from 7:30 to 9:00 AM. When you are ready to eat, buzz them and they will come and put away the bedding. Soon after that, a typical Japanese breakfast will be spread out before you on the table. When we stayed there, for breakfast we ate grilled fish, seaweed, a sweet egg dish, miso soup, rice, and a few slices of kiwi.

According to the owner of Taisen-kaku, Saeko Suzuki, the inn was established in the late Meiji era (perhaps around 1880), for the nobility who enjoyed summering in Kamakura. In those days, Kamakura was quite popular as a summer resort for rich and noble people. In addition, the Imperial Family loved to stay in the Hase-Daibutsu area every summer. A young woman, Kaku, who lived near Daibutsu (The Great Buddha) was a really good cook, and was one day asked to prepare a meal for them. She had a very delicate palate and so she soon served them exclusively each summer. After several summers, due to her brother’s sudden death, she inherited her parents’ inn behind Daibutsu. She ran the inn, cooking for the Imperial Family in the summer, while serving travelers during the other three seasons.

In 1887, Fujisawa Station opened (Kamakura Station was not built until many years later) and huge numbers of tourists started coming to Kamakura by train. It helped Kaku’s business expand and she put up a new building at the present location, just in front of Hase kannon Temple. The new location was a much better place to run the inn.

Kaku didn’t have any children, and so she adopted one of her deceased brother’s daughters. The girl, Waka, was also a very talented cook. She grew up and eventually married a man, and they were blessed with four children, including the current owner, Mr. Suzuki (Saeko’s husband), who took over the business from his mother, Kaku.

This owner-couple are now in their mid 80s. But they are quite active and lively. They seem to be enjoying running this inn, but accept only a few guests each week. Mrs. Suzuki shared an episode with me about a family from Switzerland who stayed for a few nights 32 years ago. The youngest girl in the family was only 4 years old. One day many years later, she came back to the inn—a grown up, sophisticated woman. Mrs. Suzuki clearly remembered the girl and recognized that the grown woman was that girl. She was even able to call the woman by her first name—Nina!

Most of the hotels and inns in Japan are well equipped and provide standardized service. That is good for travelers. But if you would like to have a unique experience, Taisen-kaku is a great place to stay. Please try this amazing inn! They don’t speak much English, so it would be best to ask a tourist information office or a Japanese friend to call them for you. 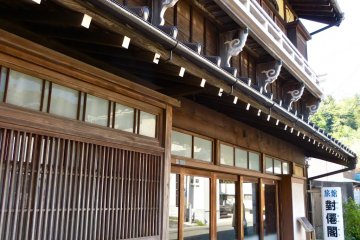 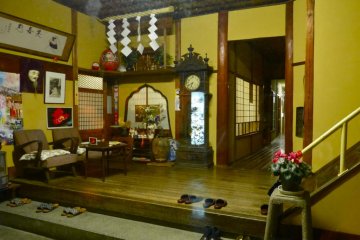 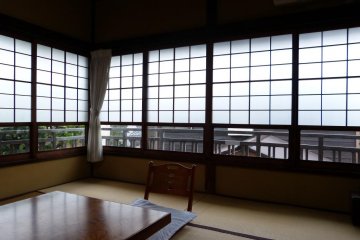 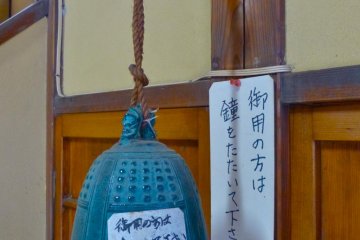 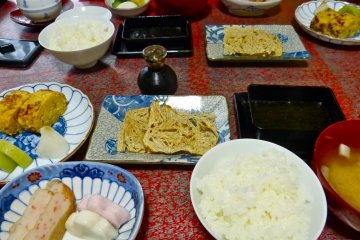 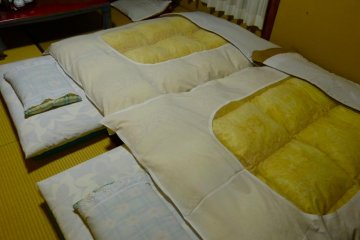 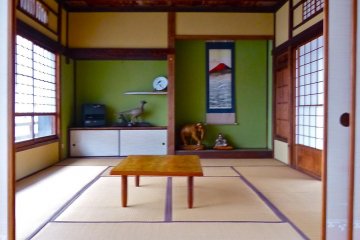 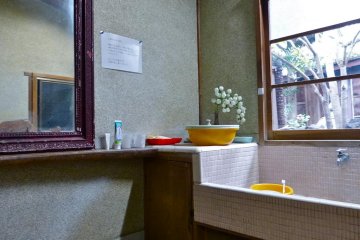 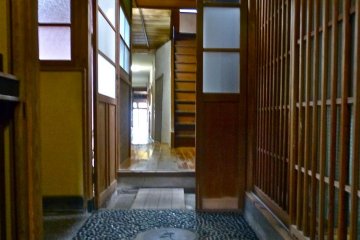 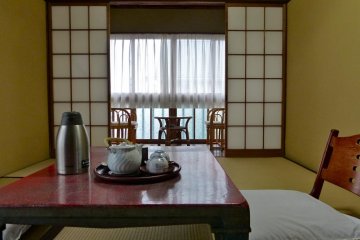 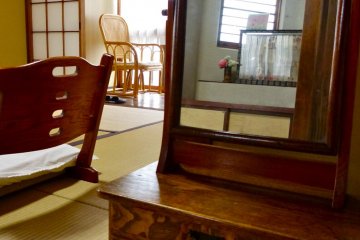 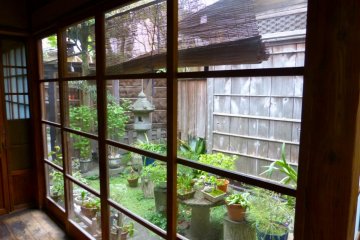