Been walking around Kamakura for hours? Seen a few too many temples for one day? Hungry for something simple but good?

Sometaro is the place for you.

Located between Hase Station on the Enoden Line and Hasedera Temple, a must-see in this area, Sometaro is in an ideal location. You will literally pass it on your way to Hasedera. You might have even noticed it on your way to the temple. It does stand out: a large lit lantern in front, red-carpeted stairs, and dark black wood. It fits perfectly into the Kamakura environment.

Like a small temple in its own right, Sometaro has “traditional Japan” written all over it. Except this is a temple of food for hungry and weary tourists in need of lunch or tired after a full day of walking. The restaurant specializes in teppanyaki: food cooked on a hot steel griddle that is built into the table. Yes, diners cook the food themselves. Hold on though, this is much more fun than it might sound.

Diners have total control over what and how they cook the food, ensuring individual preferences will be satisfied. And this makes for a little bit of fun to spruce up the meal. (Families with little ones will want to be extra careful though. A playful but errant slap on the griddle will result in burnt hands and loud screams.)

The menu mainly consists of okonomiyaki, monjyayaki, and yakisoba. Yaki is the Japanese word for “grilled.”

Okonomiyaki can best be described as a meat, seafood, or vegetable pancake with a twist. It literally means “grilled as you like it.” This comes from the fact that diners choose their favorite combinations of fillings to put in their pancake. Cabbage is ubiquitous for its flavor and texture. Beef, pork, shrimp, octopus, squid, and scallops are among the most popular choices. Some will have cheese, kimchi (the Korean pickle dish), or pounded rice. The best place to start is with okonomiyaki. It is easy to make, tastes delicious, and is a filling starter. There’s even a “mini” tradition of allowing the guest of honor to be in charge of the first flip.

Monjyayaki is a bit more difficult to make and definitely wading into “adventure food” land, at least based on its looks. It’s a thinner version of the staple dish, with more water used in the cooking process, though the ingredients are pretty much the same. The toppings get grilled first, and then spread into an open circle with the runny batter poured in two batches. The batter then bubbles and congeals until everything can be mixed together and cooked a little longer. A small metal spatula is used to scrape crispy brown portions right off the griddle and into your mouth. It requires a special method of cooking to get just right, so unless someone at the table is knowledgeable about this, or has enough Japanese to ask the mama-san to cook it, it is maybe best left for another time.

Then there is yakisoba, literally, grilled buckwheat noodles. It’s the Japanese version of chow mein: meat, seafood, and veggies of your choice cooked to perfection together with noodles in a special sauce. Sprinkle some aonori (dried, chopped seaweed) on top, add a little ginger, and all thoughts of hunger and fatigue disappear.

Rounding out the menu is what is straightforwardly called teppanyaki. It is simply your choice of ingredients to be nibbled on as you enjoy the meal with friends and family. Shrimp, octopus, squid legs, chicken, black pork, chorizo, mixed veggies, beansprouts, potatoes, pumpkin, onion, mushrooms, and more. There’s plenty to choose from so that everyone will be happy. Simple, and just plain good.

Each of these will go very well with a cold draft beer or one of the specialty shochu brands kept on hand.

The restaurant is made up of a handful of tables, some western style (tables and chairs), some Japanese style (diners sit on tatami mats at a low table), set in a black-wood frame with Japanese arts and crafts dotting the walls and hanging from the ceiling. Befitting its location in the heart of the Hase Station area, Sometaro has the atmosphere of a traditional Japanese restaurant; fittingly for tourists, it is stripped down for simplicity and serving Japanese soul food at reasonable prices.

After visiting the Daibutsu at Kotoku-in Temple or Hasedera and in need of a rest and a meal, Sometaro is the right way to go.

I am a medium-term resident of Japan who just likes to travel and wander about, both on and off the beaten track. 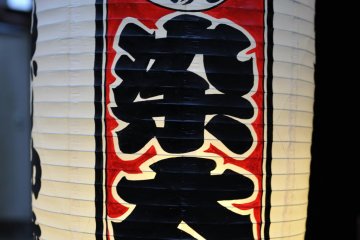 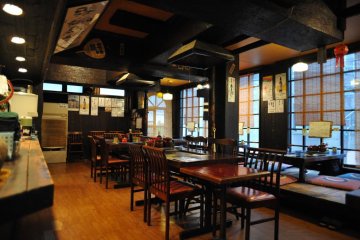 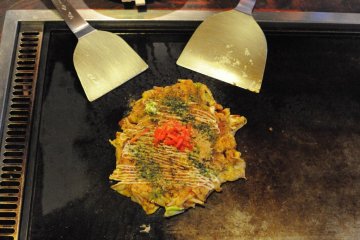 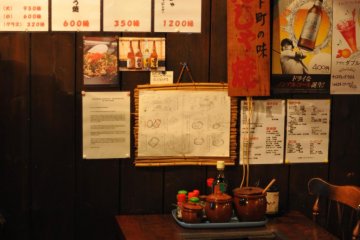 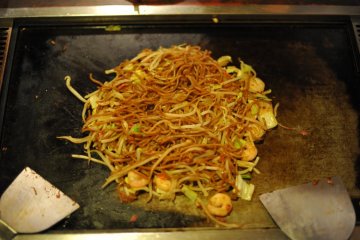