An authentic, old-time hotel in front of Yamashita Park

You might be curious and wondering, “What is that elegant building over there?” when you are enjoying a walk in Yamashita Park. The cool building facing the park along the street is one of the oldest hotels in Yokohama: the Hotel New Grand. The New Grand was established in 1927!

The Grand Hotel, which was the forerunner of the Hotel New Grand, opened in 1857 but was completely destroyed by The Great Kanto Earthquake in 1923. Afterwards, Yokohama city rebuilt the hotel, in an attempt to call foreigners back to Yokohama, a collaborating effort between the city government and financial circles.

The classical lower building has a formal reception area—a gorgeous ‘grand lobby’—on the second floor. When you come in through the revolving door from Yamashita Park Dori (the street running along the park), a gorgeous, dignified staircase sits in front of you. Please walk on up. You will find a wide, dark, cool lounge area and a few banquet halls. Relax on a soft armchair and enjoy the park view from the large classical windows. You can slip back to the 1930s, becoming a gentleman or a lady who has just arrived at Yokohama Port after a long cruise from San Francisco or Shanghai!

Actually, many people who visited Japan during that era spent their first night here, and this included many of the rich and famous: the British Royal Family, Babe Ruth, Charlie Chaplin, and Douglas MacArthur. MacArthur stayed here four times! In particular, he favored room 315, where he stayed after WWII, as the commander of the GHQ. Now room 315 is called ‘The MacArthur Suite’ and you can reserve the room and stay there too if you’d like! Many photos related to the hotel’s proud history are displayed on the 1st floor of the main building.

This hotel is easy to access from Motomachi-Chukagai station (Minato-Mirai line), Exit 1.

Busy Chinatown, the beautiful Yamashita Park, unique Osanbashi Pier, and the trendy Motomachi shopping street are all within walking distance. Maruetsu supermarket, open 24 hours a day, is just around the corner. And since it isn’t just a convenience store, it sells a great variety of items. You can buy fresh vegetables, several kinds of cheese, sliced ham, bread and alcohol.

I once stayed in a Bay view room in the Annex Tower. The room itself was quite cozy. The bed was nice and comfortable. The mattress might have felt a little bit firmer than average, but I slept really deeply. The closet is a walk-in type. As you know, most hotel closets are quite small. And so your suitcase usually has to sit on a narrow stand. But here, you can hang up your coat and clothes, put your underwear in the drawers, all your shoes inside the closet, and keep your accessories and suitcase in it as well. Then your suitcase won’t have to occupy the space in front of you in the room all day long! The bath and toilet are separated from the sink by a door. I’m the type of person who likes some privacy when I’m putting on my make up. Here, that’s no problem!

The restaurant in this hotel has earned an excellent reputation for over a century. The first grand chef, Saly Weil, established an original and highly-respected training system here, and so many cooks who worked under him, later went on to take their own prominent place in society. The main dining room, Le Normandie, is on the 5th floor. It’s said that its floor is at exactly the same height as the main dining room of the former magnificent French cruise ship, the SS Normandie. If you can get a seat near the window, you will be momentarily under the illusion that you are cruising on the SS Normandie. That’s the idea, anyway!

About their Internet connection; they are a bit behind the times. They have a service where they can rent you a WiFi router but the charge is a whopping 2100 yen per night. Ouch!

If you love to take morning walks under a fresh and bracing sea breeze, and if you would like to feel the nostalgia of the former glory days of Pacific cruising and luxury liners, the Hotel New Grand is a great choice! 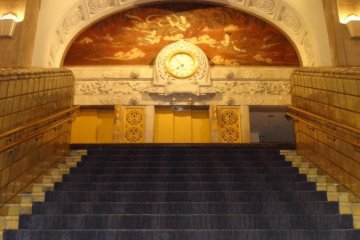 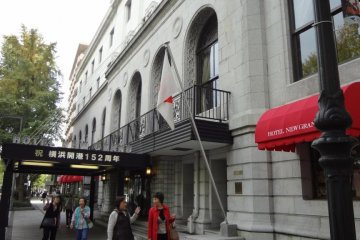 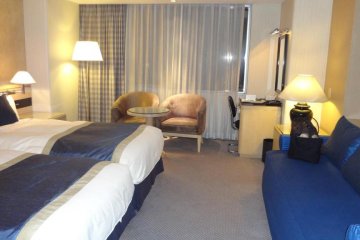 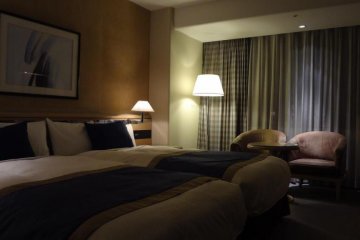 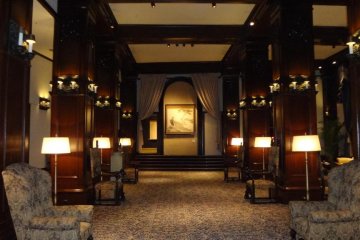 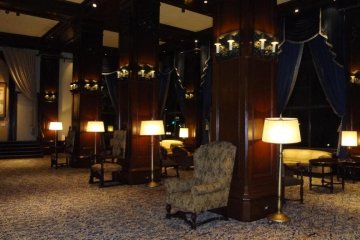 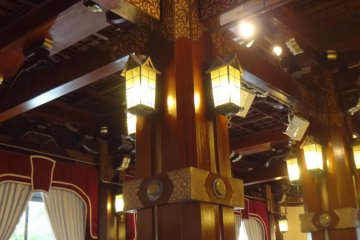