It is a long trek towards the summit. The road snakes its way upwards, and while gentle enough for the buses to climb, it is nevertheless steep enough to make you catch your breath. At opportune moments the tree line breaks, giving panoramic views of the verdant hills below, and in the distance, the sea and sand spit across Amanohashidate, otherwise known as the view of the flying dragon, ascending into the heavens.

For visitors making the journey from Kyoto or Maizuru Port, there is a certain mirage like gasp when they encounter the flying dragon for the first time. It is like a place that you have seen photos of, but once you are here, you can barely believe that you are seeing it with your own eyes. To think there is a land on the other side of the dragon, like some mystical Shangri-la, you can barely imagine what it would like on the side

Since the Heian period in the twelfth century, simply dressed pilgrims, living on nature’s goodness, made their way here on foot. It is said that in one of the poems that the holy men’s favourite things were:

As the 28th temple on Kansai's Saigoku Kannon pilgrimage, it probably looked like an apparition after a multi- day journey through rugged mountains from Engyo-ji, the 27th temple in the hills behind Himeji. Being able to make finish the pilgrimage to all 33 temples would supposedly give protection and enlightenment. Just don’t tell the disciplined pilgrims searching for enlightenment that their last temple was conscripted as a backdrop to Tom Cruise’s movie, the Last Samurai.

Today pilgrims can take the shuttle bus from Kasamatsu Park at the top of the cable car station, but somehow they will miss the point if try to make this pilgrimage without walking at all. It is like climbing a mountain but not wanting the challenge of the physical ascent. Actually the cable car reduces the hike down to an achievable 1.2 kilometres, one that is worthwhile doing, especially if you are not trying to rush yourself in trying to sightsee everything in this area in one day, like a person trying to tick off a overly ambitious to do list. The latter group tends to stop at Kasamatsu Park, leaving the die-hard pilgrims to carry on to Naraiji. Finding peace at the top of the world, it is worth going where others have stopped. 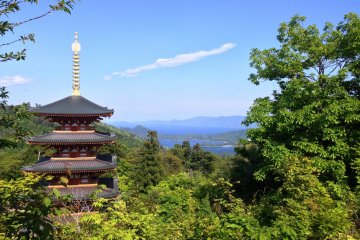 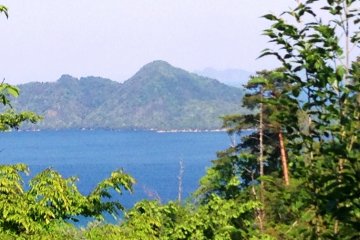 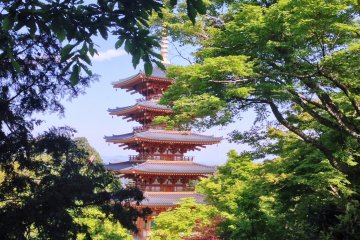 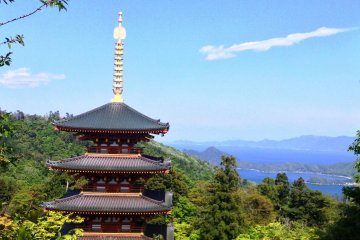 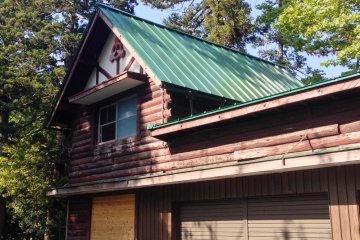