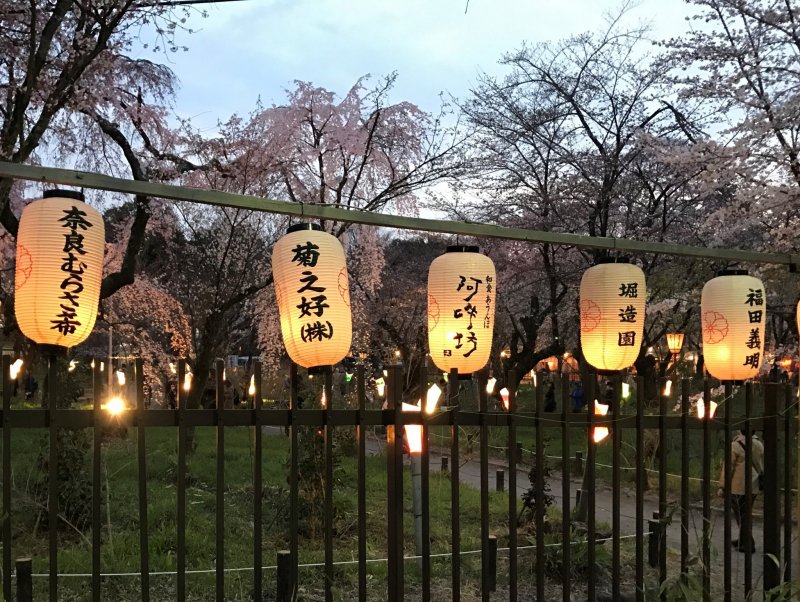 Sakura party at a hidden gem in the north of Kyoto

Hirano Shrine is one of the top spots in Kyoto for cherry blossoms and its nighttime illuminations are magnificent. During other times of the year one might not come out here to this shrine but its gardens full of cherry trees should not be missed when the sakura are in full bloom. There are said to be 500 trees of 60 different species of sakura.

The outdoors illumination of the cherry trees lasts one month. In 2021 it starts March 25 and finishes April 20.

Hirano Shrine’s cherry blossom procession is called the Oka-sai Matsuri and it is probably Kyoto’s longest running event. It is said to have taken place for over a thousand years every year in April. The precise starting year given is the year 985, during Japan's Heian period (8th to 12 century). The shrine was established here in the year 794 when Kyoto, then called Heian-kyo, became the capital.

In the 10th century this shrine was popular with the the Imperial Household and with aristocrats in Kyoto. Emperor Kazan visited this shrine and he ordered a festival to be held here in order to pray for the prosperity of the nation and the Imperial family. He also ordered cherry trees to be planted in the garden. Emperor Kazan has a close connection to Kumano because he did the Kumano Kodo pilgrimage. A statue of Emperor Kazan can be seen along the Nakahechi trail of the Kumano Kodo.

At the Oka-sai on April 10th, the religious ceremony takes place at Hirano Shrine's main sanctuary from 10 am. This is followed by a prayer at the nearby mausoleum of Emperor Kazan at 11am. The procession starts at 1pm. Participants of the procession wear Heian period costumes. There are also Shinto priests in their shrine outfits and men dressed as samurai warriors on horseback. Participants carry omikoshi, portable shrines. This colorful procession leaves the shrine precincts and continues through the local neighborhood before returning to the shrine.

Even better than the sakura trees looking wonderful with lights all around, there is actually a party going on within the shrine precincts. There are many vendors selling foodstuff and drinks and the visitors gladly take up the offer and party after nightfall. This too is an interesting sight and visitors can happily join in the mostly local crowd.

You get to Hirano Jinja by Kyoto Bus or by train.

If you come from from Sanjo Keihan Station (Keihan Line), then take the bus no 15 and get off at the same stop.

If you take the Hankyu Railway, then from Shijo Omiya (on the Hankyu Line), take bus no 55 and get off the bus at the same bus stop.

Find out more about Kitano Tenmangu.