Fun for adults and children at Poppoland

Ask someone these days about the role of trains in rural Japan, and chances are they will tell you about Kami-Shirataki, Kyu-Shirataki and Shimo-Shirataki stations. Located one of the remotest parts of the north island Hokkaido, they were destined for imminent closure until they realised there was a schoolgirl who journeyed from the station to go to school during term. Followers of that story would know how much the railway is a lifeline to remote communities. Whether in the snow of Hokkaido or the mountains behind Fukuchiyama, the trains connect remote villages hidden in the mountains, often hamlets that would be closed to the rest of the world if it was not for the train.

From the opening of the first train line between Tokyo and Yokohama in 1872, the Japanese had a love affair with trains. In Tokyo Story, Yasujiro Ozu’s cinematic masterpiece in 1953, scenes of day long trips to Tokyo in Steam trains feature prominently as well. There was little said on the train journey, but just seeing the Honshu countryside through the train windows was itself a powerful narrative.

Long before the advent of the first Tokaido Shinkansen bullet train service in 1964, steam locomotives such as the C 58 series ferried passengers and freight across Japan. It was a big trip for someone to visit Kyoto from Hiroshima or Tokyo in the 1950's. With more than 400 of these 2-4-2 configured locomotives built between 1938 and 1947, they were the backbone of train travel until the 1960s. Today, you can get a feel of how magnificent these 100 tonne plus locomotives are, at the Fukuchiyama Railway Museum Annex (Poppo land No 2). Her sister train, the C58-1, can be found at the Kyoto Railway Museum from May 2016.

Also called Tetsudokan Poppo Land in Japanese, the Fukuchiyama Railway Museum is in two locations, within two minute’s walk of each other. It would be herculean to move the 100 tonne beast to the shotengai or covered shopping arcade, so the C58 56 locomotive has a shed to itself, located in the museum annex on the main road

The miniatures on the other hand, are located in the main museum with a small shop front. You will be greeted by a station master in the wood framed ticket office from the 1950s, and relive the scenes of Tokyo Story. There is a miniature working model of Fukuchiyama Station, while my eyes lit up when I saw a familiar train, the Haruka Kansai Airport to Kyoto Limited Express. Older trains such as the 101 series EMU on Tokyo’s Yamanote Line, as well as the EMU 151 series, both from the 1960s. The latter was called the Kodama, the Japanese word for echo, as passengers can go from Tokyo and Osaka and return in a single day. Taking six hours and fifty minutes, it was a long trip by today’s standards, with a Nozomi bullet train now taking the same route in three hours. Other historical exhibits include destination boards, uniforms and photos documenting the history of Japanese Railways since the opening of Fukuchiyama Station in 1899. 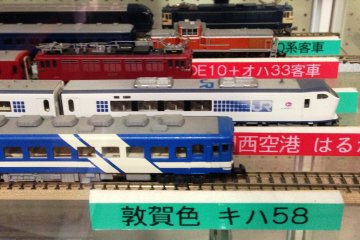 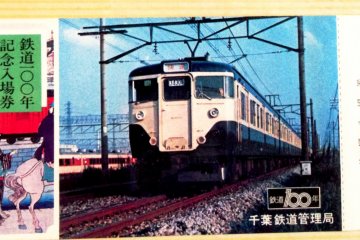 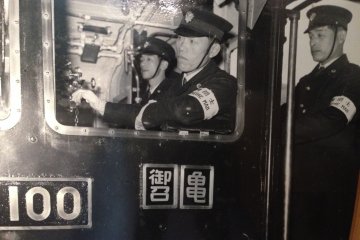 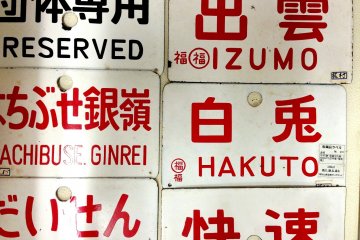 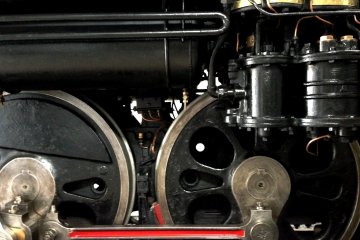 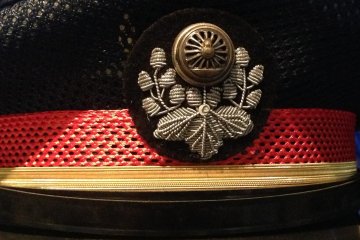 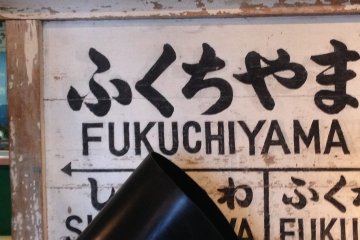 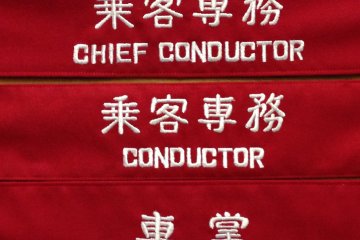 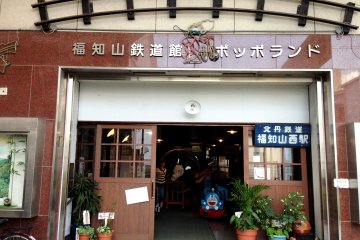 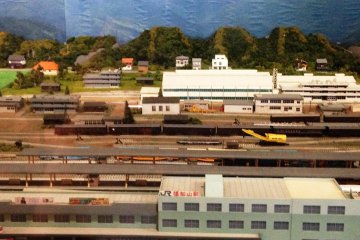